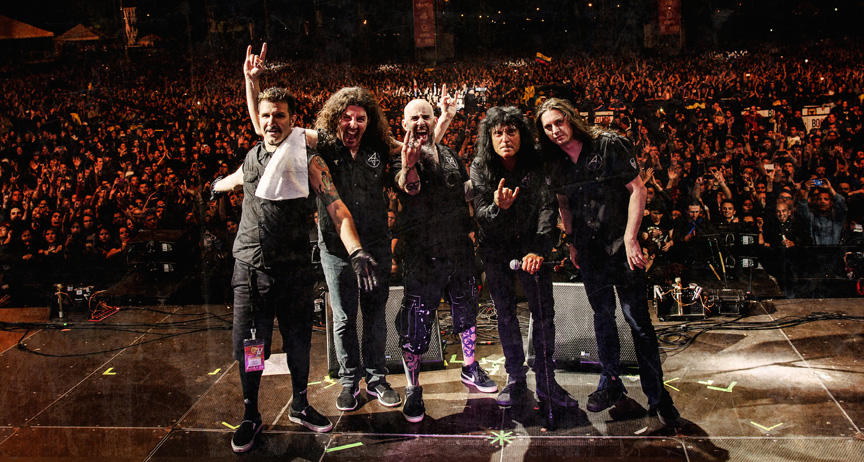 ANTHRAX who is set to embark on the Killthrax Tour, a series of co-headlining dates with Killswitch Engage (and opener Havok), which heads to Joliet on FEBRUARY 27 AT THE FORGE.

In addition to the tour itself, the band is also promoting a new long anticipated live in-concert DVD. ”Kings Among Scotland” will arrive in stores and online on April 27, 2018. Captured last February 15 at the band’s sold-out concert at Glasgow’s historic venue Barrowland Ballroom, the two-hour “Kings Among Scotland” incorporates the band’s entire live show along with interviews, behind-the-scenes footage and other B-roll shot on the band’s tour bus, backstage, in hotels and elsewhere. The DVD will also include a “gear rundown” from each of the band members and has packaging art created by Steve Thompson (Slayer, Motorhead, Iron Maiden).

​Anthrax performing in Glasgow for the “Kings Among Scotland” live concert DVD.

For more on this tour, the DVD and gig at The Forge, click here