First of Three Nights in Chicago at Aragon Ballroom, LCD Soundsystem Bring It 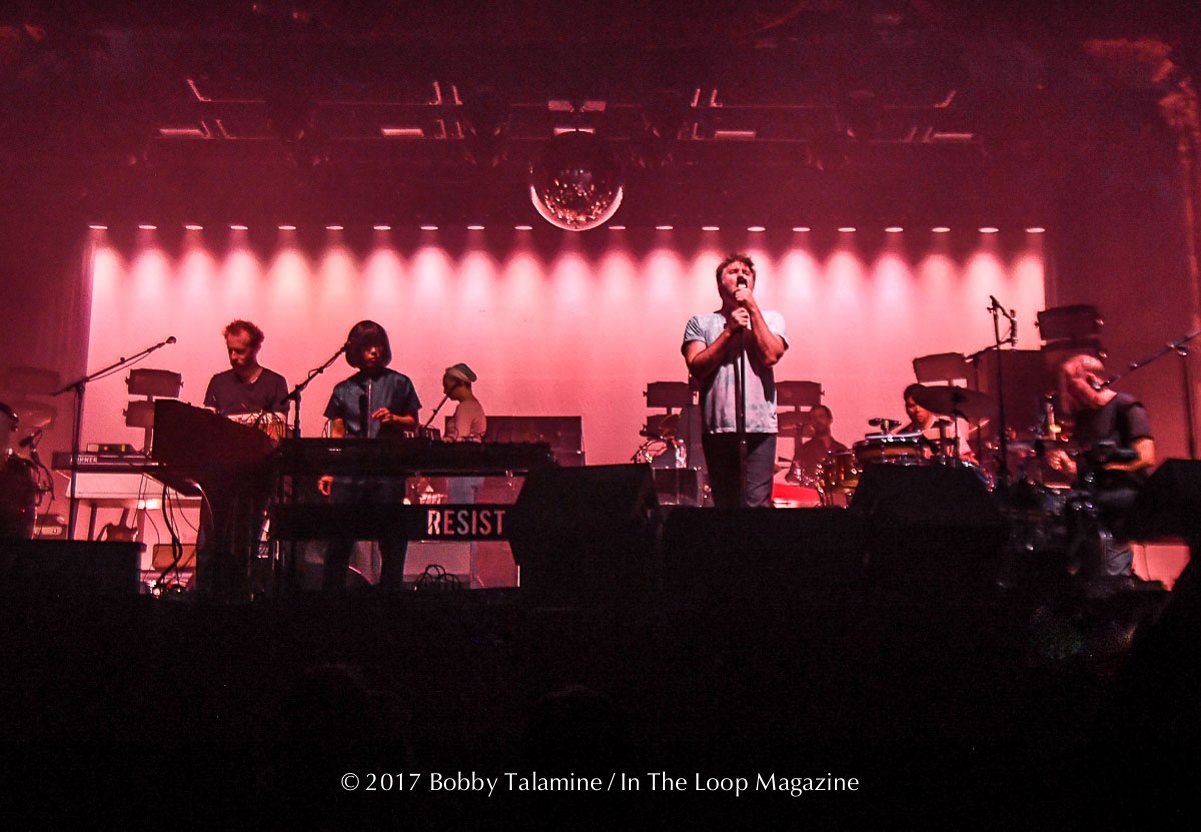 You have to give credit to James Murphy and his band LCD Soundsystem: They certainly love Chicago. Dating back to Lollapalooza two years ago: first off, two Lolla aftershows at the Metro, then headlining Lolla, followed by this past summer at Pitchfork, and now three shows at the Aragon Ballroom. That says a lot about our city, and how much it means to James, and how he digs the Metro (who are co promoting these three shows along with Jam Productions, and Joe Shanahan of the Metro in particular).

And there is a correlation between the two bands- even though they are from both sides of the pond: they both have an affinity for all things “Dance”, and to the best of their ability- include everyone to the back of the house to come join the party on the floor, but with LCD Soundsystem- you can sense with the current tour for their release “American Daydream”: they’ve come to grips with their own mortality.

James certainly understands: what with the deaths of his heroes David Bowie, Lou Reed, Leonard Cohen and Suicide’s Alan Vega which come to mind. It’s evident in LCD’s performance, what with the gigantic mirrored disco ball being front and center, and the crowd dancing to every beat on the main floor. You better live life to the fullest now: tomorrow is not a guarantee to anyone.

Song after song from the start blended into one another, for up to two hours, except for a brief break in which James explained they have to stop briefly for a pee, and that it’s hard to be up onstage drinking like the way they do, and not take a short break. I love the complete honesty with James: it’s like the band is in your living room (albeit crowded to the gills with instruments and musicians)- but the plain talk is just that – plain talk from the heart.

The music with LCD shows is front and center. no flashy outfits, no slick stage designs. They do come to town with their own P.A.- not relying on anything “House” at all, fitting the specs of their gear into the historical Aragon Ballroom, and adjusting accordingly. Gotta say it works: the sound was great, the strobe lighting was great.

I love shows like this with LCD, watching from above and looking down on the masses on the main floor, all having a grand ol’ time, bobbing in mass to the beat enthralled with the rhythm, and getting delight from all the cowbells to the mirrored disco ball.

Two more nights of this to go. Some tickets remain for Wednesday’s show as of this review. Tuesday is sold out. Come join the party!