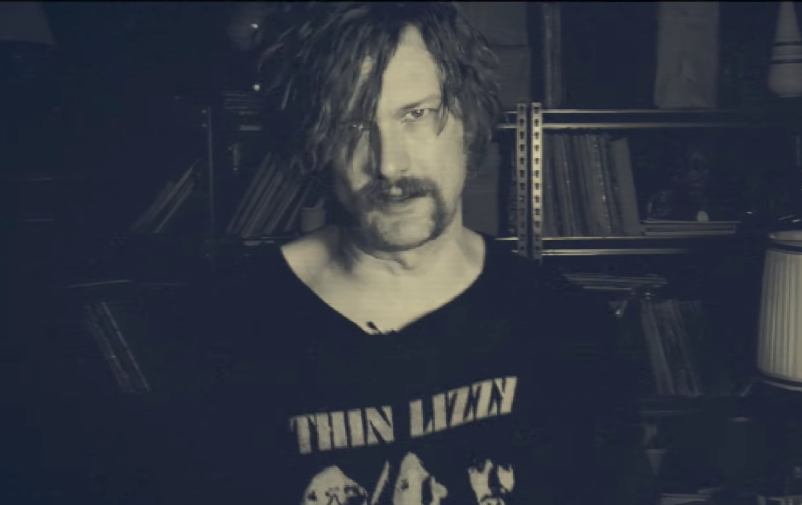 Lester Bangs is probably the most (in)famous writers of rock criticism, and for good reason – a pill popping, beer boozing, cough-syrup downing polemicist who wildly praised Van Morrison’s “Astral Weeks” in one breath and ruthlessly savaged Emerson, Lake & Palmer in the next, his was a personality perfectly tailored to the messy, larger-than-life atmosphere of rock ’n roll’s early days, and since his untimely death at the age of 33 (a drug overdose from no more than three different substances – including NyQuil), his legend has progressively grown, with more and more young writers attracted to his aggression, passion, and rebellious spirit.

Therefore, it’s hardly surprising that Bangs’ personality and life would inspire a work of theater, and in “How to be a Rock Critic,” the latest production from husband-and-wife team Jessica Blank and Erik Jensen, Bangs has received a play that would do him proud – a loud, uncompromising one-man show that, with Jensen portraying Bangs, gives audiences the man he really was, warts and all.

Set entirely in Bangs’ ramshackle New York apartment, “Critic” blasts through Bangs’ life and opinions with the speed and velocity of a Stooges single, touching upon Bangs’ early childhood as a Jehovah’s Witness, his adoration for The Beats, his disgust with rock’s stabs at artistic respectability, and his bouts of depression, which he self-medicates throughout the show with countless cans of beer, swigs of cough syrup, and quaaludes. As Bangs, Jensen is having the time of his life, with ratty hair in his eyes, hands gesticulating wildly, spit visibly flying out of his mouth as he passionately recounts stories from his life, such as when The Troggs’ “Wild Thing” got him laid.

If I have any criticism of “How to be a Rock Critic,” it’s that the show is sometimes too faithful to Bangs’ writing. Jensen and Blank based their play on Bangs’ work, and although I agree that nobody better understood Bangs than Bangs himself – therefore, why not take advantage of the man’s prodigious work – in the end, writing is writing, there were moments in “Critic” where the seams showed and I felt that Jensen was reading Bangs’ work, rather than acting out how Bangs actually was on a normally intoxicated evening.

And then there is the nature of Bangs himself, which will go a long way in determining how audiences respond to the show. I’ll admit to being a skeptic, myself. Bangs was a very good writer, and his championing of lesser praised works, such as “Astral Weeks,” is admirable. At the same time, his constant posturing and safe rebellion – the act of fighting “the system” while still comfortably profiting from it, a la Beats such as Kerouac and Burroughs – can wear thin, to say nothing of his insistence on what did and did not qualify as rock music; sorry Lester, but one can adore Muddy Waters, Big Star, and both iterations of Fleetwood Mac in equal measure.

But still, Bangs’ contradictions and hypocrisies are not grounds to criticize Jensen and Blank’s work, which is very good and engaging. One-actor plays are notoriously difficult to pull off, and with “How to be a Rock Critic,” we have a very worthy addition to the oeuvre.

For more info including tickets and showtimes, click here