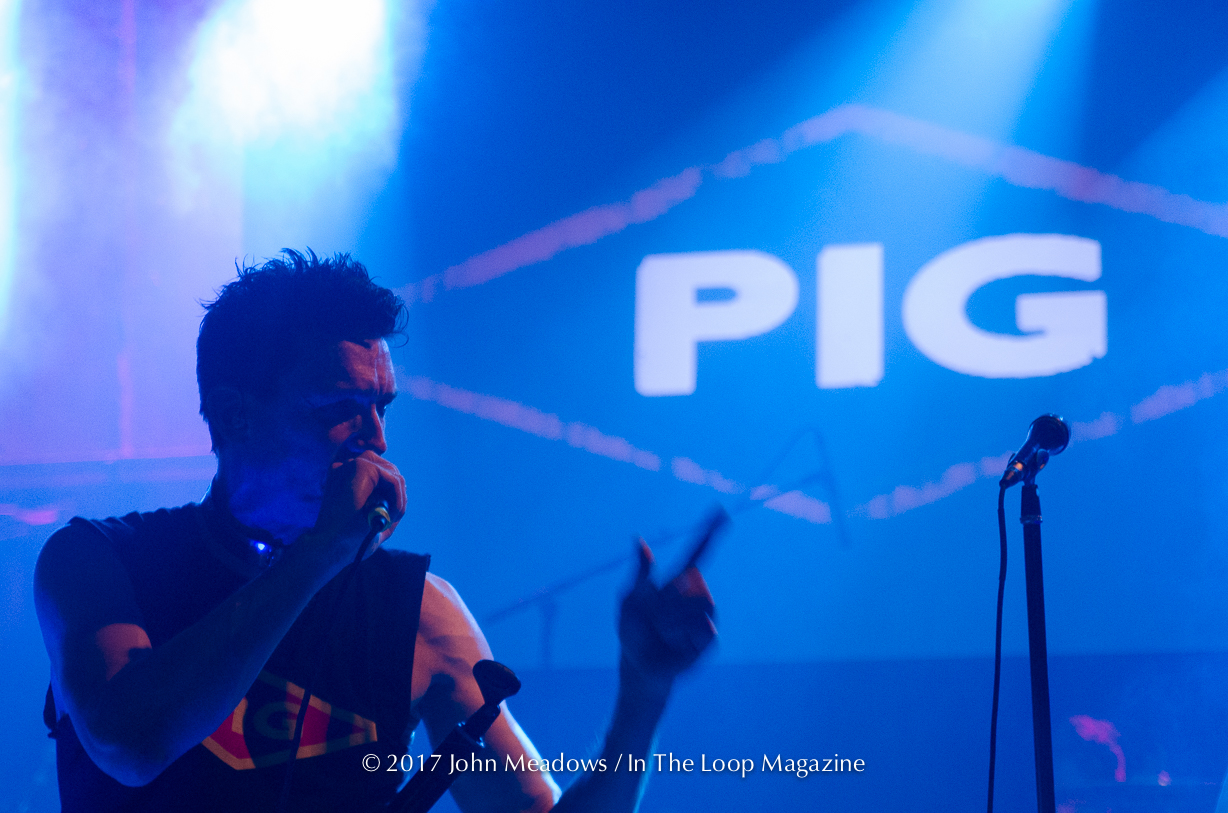 After a triumphant return to the states last year for the Cold Waves Festival, Raymond Watts brought his crew back for a full headlining set with the band of ex-KMFDM royalty (Guenter Schulz & En Esch) and of course Raymond himself.

Raymond Watts is a showman, he commands a stage, he does more than sing he performs – he gives the crowd their money’s worth. Frilly and boa-esque wardrobe Rymond/AKA PIG took the stage with the aforementioned ‘all star band’ – including Z. Marr (Combichrist) and Galen Waling, the current industrial drummer workhorse in the scene, doing quintuple duty in a host of bands (he also played with Julien K this eve). The band is solid, Guenter is probably the scenes most underappreciated guitar player, the man who really crafted that influential early 90’s KMFDM sound.

The set was filled with PIG classics like ‘Wrecked’, but the new material is as fresh, yet true to its roots, as anything being produced in modern industrial music. Songs from the recently released and ‘The Gospel’ as well as the new EP ‘Prey and Obey’ peppered the set, including the hit-in-the-making song ‘The Revelation’ … they also didn’t leave, what one might call, a more PIG than KMFDM album ‘NIHIL’ out of the set list. KMFDM’s biggest hit, ‘Juke Joint Jezebel’, was penned by Esch/Schulz/Watts (and of course Sascha) so it was fitting these 3 make it a set list staple. The heavier, darker and perverse lyrics (Watts trademark) of KMFDM’s ‘Flesh’ was also a set highlight.

It’s good to see Watt’s so active again, with this resurgence of guitar driven industrial with new buzz bands like 3Teeth, it’s always nice to see the founding fathers get the respect they deserve.