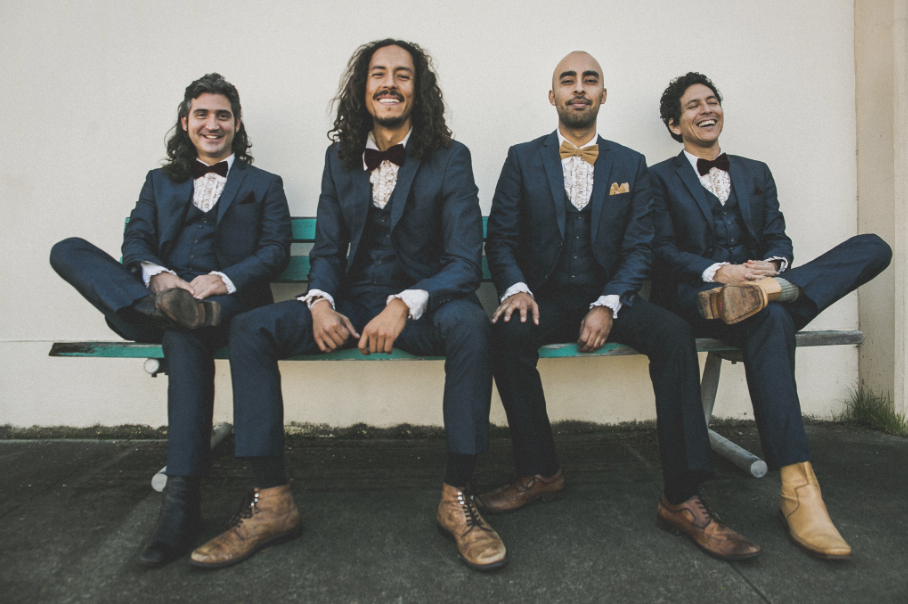 First, there is the name – Chicano Batman, a fierce ode to the bands that vocalist Bardo Martinez and his band mates grew up listening to in East Los Angeles; next, there is the sound – a deeply original blend of The J.B.’s, The Meters, and the “oldies” sounds of legendary West Coast DJ Art Laboe; and finally, there is the band’s politics, an apologetic embrace of freedom and liberation that has vaulted the band to premiere status in the Donald J. Trump era.

All those elements were on display April 7 at Lincoln Hall, where Chicano Batman delivered a wild, inspired show that verified all the hype the group has received since the release of their third album, “Freedom is Free.”

But before the group took the stage, they were preceded by two sterling opening acts, both of which featured sounds that fit perfectly in the Chicano Batman universe. Starting things out was SadGirl, an LA-based rock trio that describes itself as “a twisted marriage between Roy Orbison and The Cramps,” as a “lo-fi, surf-wop” group. Led by the stampeding guitar work of Misha Lindes, the trio blazed through a number of tracks that merged surf guitar licks with a more modern, idiosyncratic sound. Up next was 79.5, an NYC soul group that harkens back to the honey-sweet R&B sounds of the ’70s. With outstanding three-vocal harmonies from Kate Mattison, Piya Malik, and Nya Parker Brown (and terrific instrumental chops from Matty McDermott on guitar and Izaak Mills on sax/flute), the group’s subtle grooves captivated the Lincoln Hall audience, particularly on the standout track “Terrorize My Heart.”

I was curious, heading into Chicano Batman’s set, about how the group’s unique sound would translate to the stage. After all, “Freedom is Free” incorporates so many elements – Brazilian Tropicália, Peruvian psych-rock, oldies love ballads, American soul and funk – I wondered if some of that nuance would have to be sacrificed for the sake of a live sound, much like how Joy Division’s raw live energy laid waste to the band’s subtle studio work. But as the group tore through one song after another – the title track, “Passed You By,” the phenomenal “Angel Child” and “Jealousy” – it became clear that all my curiosities were unfounded. Backed by 79.5’s singers, Chicano Batman’s stage energy perfectly accentuated their songs, adding more grit and bite without sacrificing their melodic strengths and messaging.

And then there is frontman Bardo Martinez, the group’s lead vocalist, keyboardist/organist, and occasional guitarist/bassist. Wily, unpredictable, and fun as hell to watch, Martinez had the audience eating out of the palm of his hand, whether he was jumping into the first row of fans, gesticulating fancily, or, my personal favorite, using his right foot to activate various effects on his keyboard. Furthermore, Martinez (and later in the show, bassist Eduardo Arenas) channelled the group’s profound democratic spirit on stage. Much has been made of the unabashed politics on “Freedom is Free,” but Chicano Batman’s live show was no political rally; rather, it was a musical embrace of what makes this country’s culture so special, and how, within Lincoln Hall’s walls, people were united behind one cause – freedom, whether it be freedom to dance, sing, or clap. “And while I’m here on earth / I’ll rejoice in its worth / cuz freedom is free / and you can’t take that away from me,” Martinez sings. That’s a message everyone was behind.

Besnard Lakes Plan Return Gigs To The U.S. With A Stop In Chicago In May Silent Age, Ganser & Tuth At Empty Bottle Review