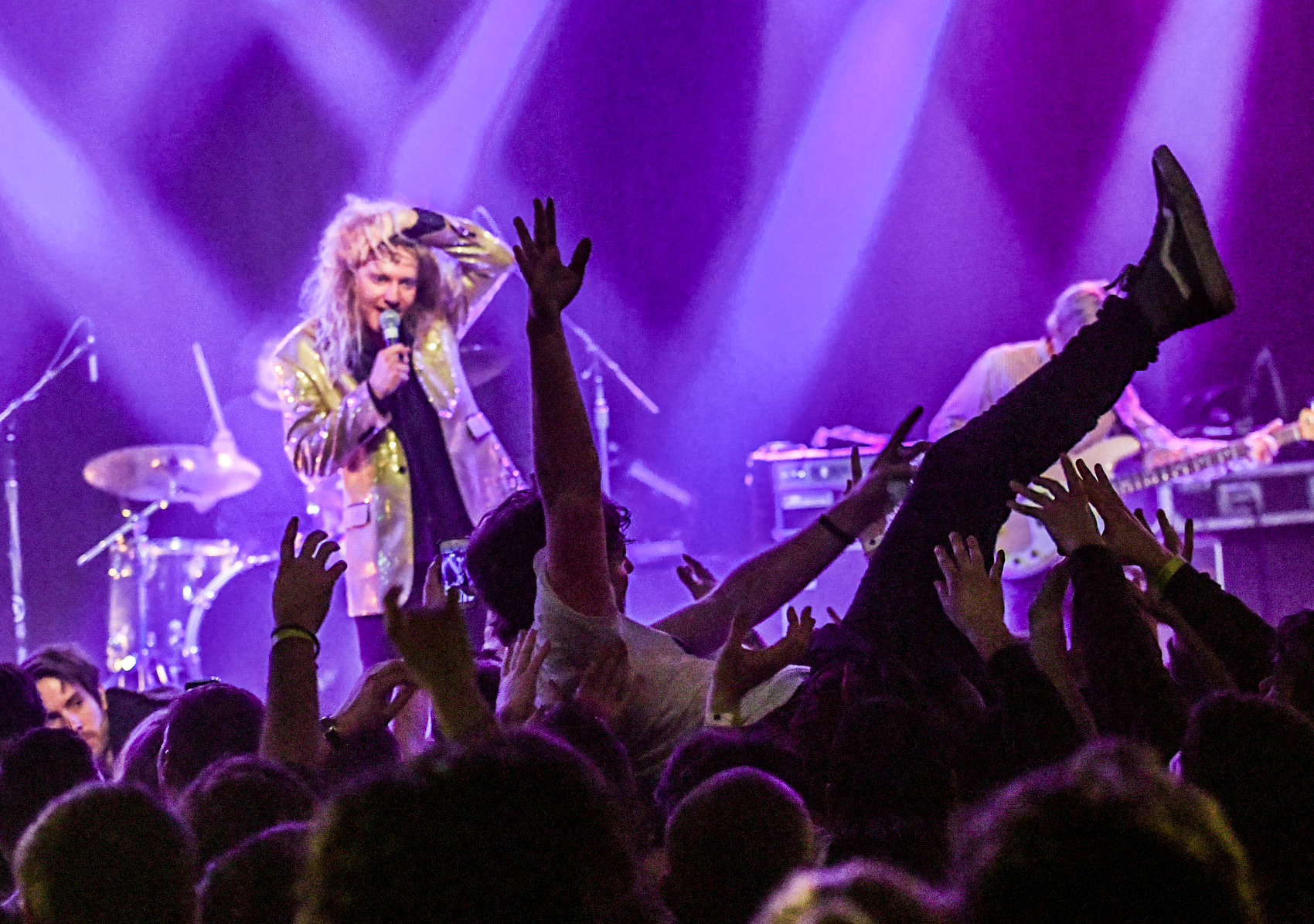 The Orwells wasted no time delivering the goods barnburner style last night from the very sold out Metro Chicago. Arriving on the newly released “Terrible Human Beings” record, Mario Cuomo and his band of merry misfits stormed the stage to opener “Black Francis”, a song with attitude named after the Pixies co- founder. And off to the races we went.

This is truly a band on the cusp of something big- and you’ve got to admire the way they handle themselves with their don’t care attitude, “but we’re in a band and it’s all for one, one for all”. It’s hard to tell if this is just a shtick, and shmaltzty showmanship. I for one am buying in to that they truly are having fun along the ride, and whatever happens – happens.

This is a band that has been playing together since they met in high school some eight years ago, and must’ve come to the conclusion early on to play loud and furiously, and hope that Mario can keep up with punctuated vocals. Mario’s up to the task- and then some. A true showman: this guy hurtles into every song as if it was his last- his vocals and range seeming comfortable and not strained to get his point across. All with a style and flair that matches what a true lead singer is all about.

The band overall has a feel of pissing people off, and here’s a one – two punch into an uppercut on why we’re pissing you off. Lyrics about why you should cut your hair, and follow certain norms obviously run deep with these guys, and not in a good way. All of this is a welcomed breath of fresh air, and sorely needed in today’s garage rock world.

Their live set is energetic indie rock times ten, churning out catchy anthems with meaning, more than your typical mamby pamby bands that only think these thoughts,yet don’t have the balls to follow through. The Orwells are a band that rally around their convictions, and seem to have a blast doing so.

If you get a chance to see them live- don’t be mamby pamby. Get your ass out of the house and catch them in your city while they are on the road. You will not be disappointed.

For more on The Orwells including seeing them live and the new album “Terrible Human Beings”, click here