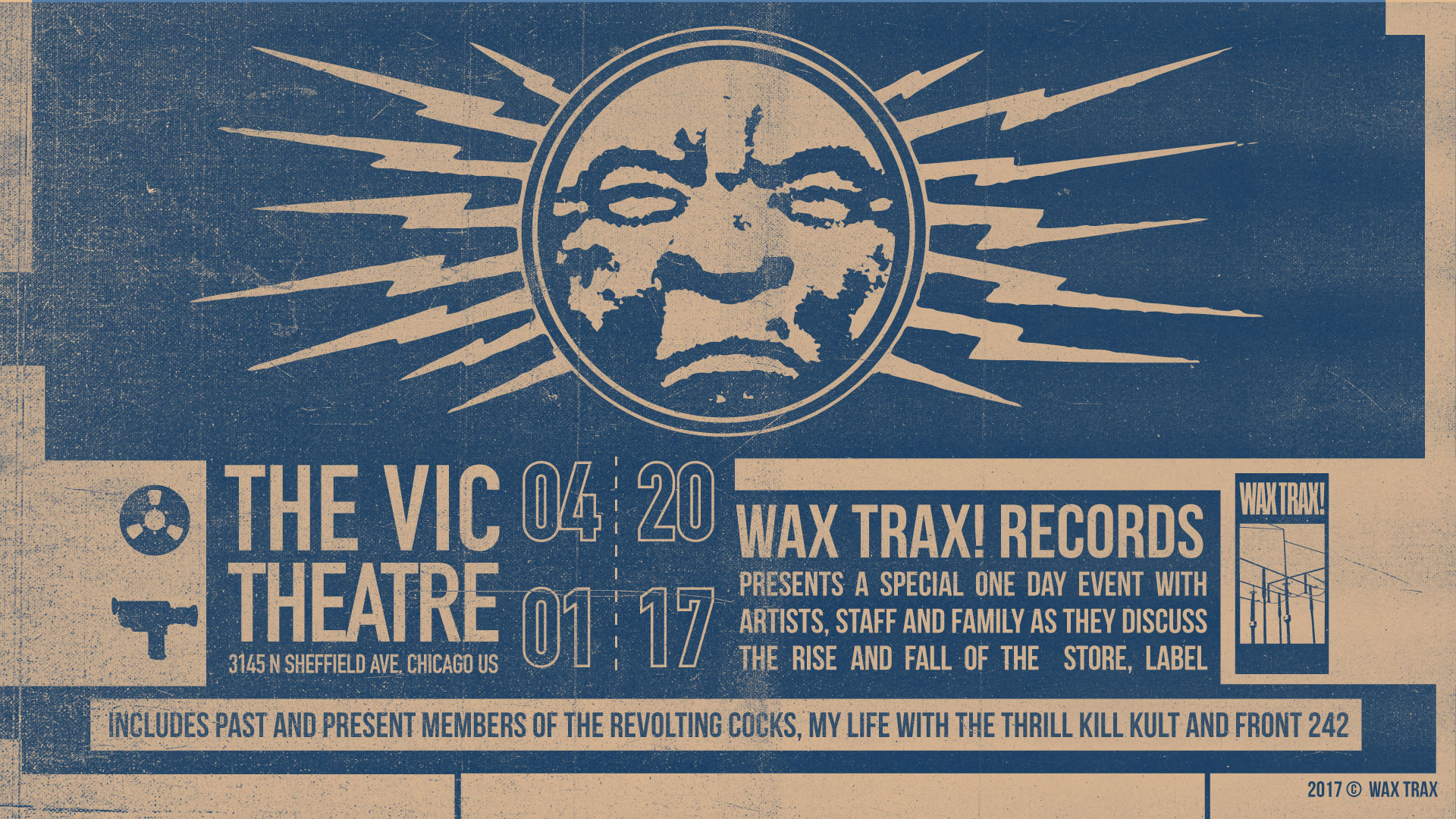 (Chicago) March 10, 2017. Today, Wax Trax! Records announces tickets for two panel discussions with Q&A examining the anticipated documentary exploring the rise and fall of the independent record store and label. This one day event will be held at Chicago’s Vic Theatre and includes an event poster not commercially available.

The two separate Q&A panels are planned for the afternoon and evening of April 1, 2017. The panels will include key artists and staff, as well as Julie Nash, documentary director and daughter of Wax Trax! Records co-founder, Jim Nash. Discussions will peel back the inter working of the record store and label that gained notoriety throughout the 1980’s and 1990’s by inadventenly creating the genre commonly referred to as “Industrial Dance”. Ministry, Front 242, My Life With The Thrill Kill Kult, Revolting Cocks and KMFDM were just a few key artists first releases on Wax Trax! Records.

As a special bonus, one free ticket to a private cast and crew test screening of INDUSTRIAL ACCIDENT: The Story of Wax Trax! Records, will be available with admission to the Wax Trax! panel and Q&A. The private test screening will precede each panel discussion.

Additional Wax Trax! events are planed throughout the weekend including meet and greet and DJ sets by members of Front 242 as well as music icon, Jello Biafra.