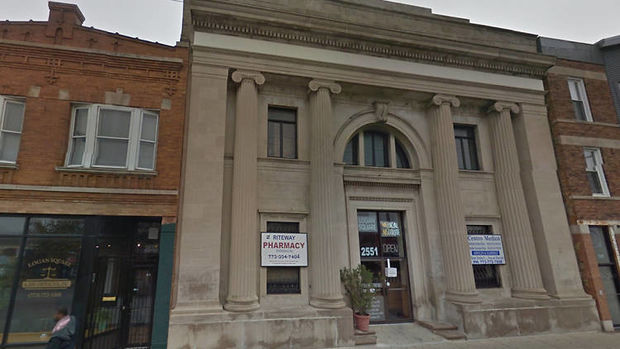 According to the Wicker Park Bucktown Insider Guide there’s news brewing about the historic and trouble nightclub future that may not be so bad after all.

Here’s what they said;

October 13, 2016 – After a year-long eviction battle in Wicker Park with their current landlord at 1572 N. Milwaukee Avenue, Double Door is now making plans for a brand new future in Logan Square. Following a judge’s order to vacate their current location by the end of 2016,  Double Door co-owners Joe Shanahan (Metro) and Sean Mulroney have submitted a proposal for a beautiful limestone building located in the historic district at 2551 N. Milwaukee Avenue/ 3061 W. Logan Boulevard according to Logan Square Preservation.

The proposal includes a concert area for 650 people plus 2 bars with capacities of 229 and 120 each. And there’s a bank vault in the basement area.

Although a “sensitive restoration” has been requested the zoning would remain the same B3-3. A 2am liquor license has been requested. The proposed architect for the project is Jonathon Splitt Architect Ltd and if all goes as planned Double Door could be opening in their new location by the end of 2017.

Double Door has been a tremendous asset to Wicker Park not only because of their contribution to and support of the arts and music … but because they’ve been incredible neighbors and members of the community opening their doors whenever possible for someone in need. They also paved the way for businesses and residents to move into Wicker Park when they opened their doors 22 years ago.

If you would like to support the Double Door on the move into their next chapter, they’ve set up a sign-up online so you can be informed, attend meetings and support their plans to open their new beautiful venue. You can find the sign-up information here on their website: