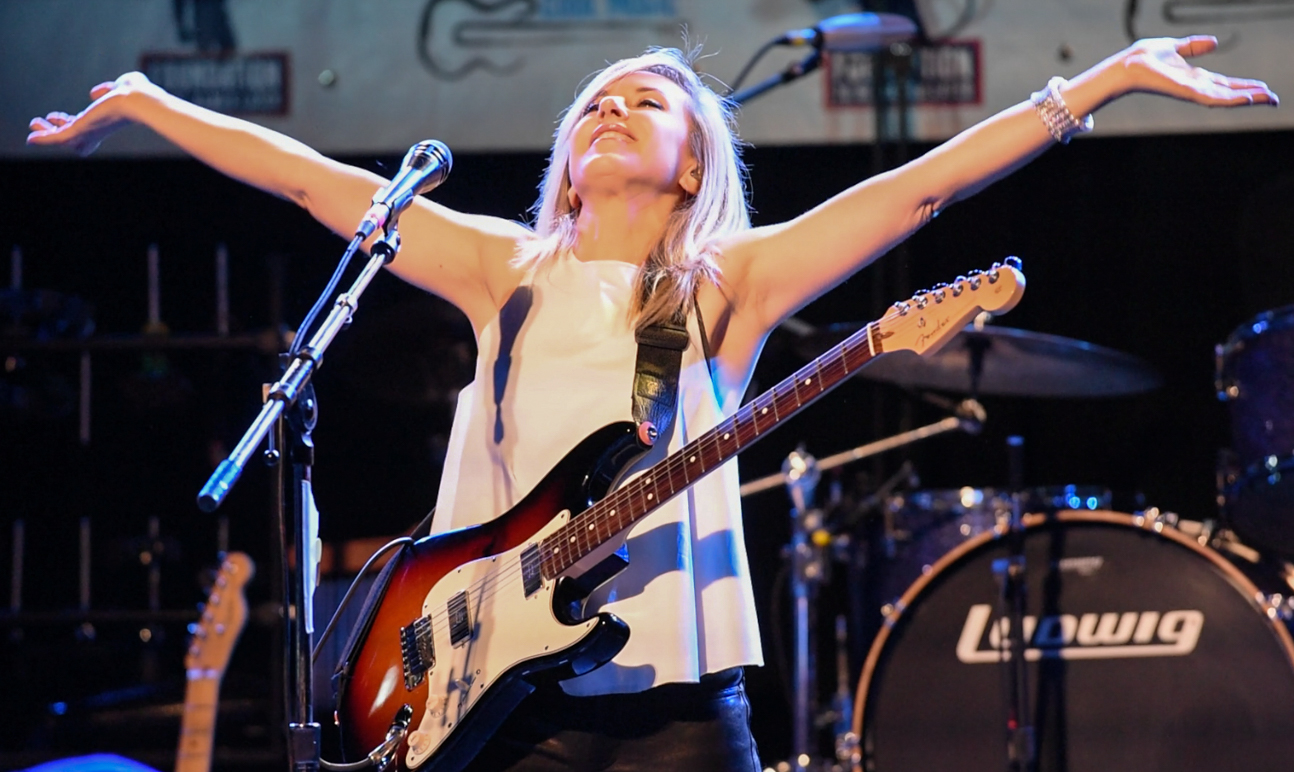 Anytime one can rock for a good cause, it’s time well spent, and the fifth annual installment of Hot Stove, Cool Music—a fundraiser event at Metro benefitting Theo Epstein’s “Foundation to Be Named Later”—was indeed a night to remember.

Epstein’s foundation, aimed at disadvantaged youth in the Chicago (and Boston) area, played host to the likes of Chicago darling Liz Phair, up-and-comers J.C. Brooks & the Uptown Sound, as well as some all-star moments that had to be seen to be believed.

Starting the night off with an alt-rock supergroup, “A Band of Their Own” bounced through a half-dozen rock and pop covers, including Runaways’ classic “Cherry Bomb” and Til Tuesday’s “Voices Carry.” Consisting of Kay Hayley on vocals (Letters to Cleo), Gail Greenwood on bass (Belly, L7), Freda Love Smith on drums, and Jen Trynin on guitar, BOTO was a great start to an evening that would see everything from Bob Seger covers to alternative rock anthems.

The born-to-be-a-star J.C. Brooks and his band, the Uptown Sound, were up next, offering a brief but smooth set that ended with a flamboyant bang: a soul-infused, upbeat cover of Wilco’s “I Am Trying to Break Your Heart” that had the entire place moving to a song that normally invites a more melancholy mood. The cover was a testament to Brooks’ ability to command a stage; there’s no way on earth we won’t see him and his killer five-piece playing bigger and bigger places down the line.

Fresh off of a months-long jaunt around the country with The Smashing Pumpkins, Chicago’s own Liz Phair took the stage (with the Pumpkins’ Jimmy Chamberlin on drums, no less) to a room that she had in the palm of her hand from the opening chords of “Polyester Bride.” Phair has never been as confident and comfortable on stage as she has of late, and the performances, consisting mostly of hits like “Never Said,” “Supernova,” and all-time classic “Fuck & Run,” showcased a renewed sense of purpose as though she has something to prove again, and with Kay Hanley returning for backing vocals on the last few tunes (including the rarely played “Lazy Dreamer” from 2005’s underrated Somebody’s Miracle), it was clear that Phair has returned after something of a hiatus, true to form and ready to rock.

Interspersed between the bands was a live auction, MCed by WXRT’s Len Brehmer and co-host Joel Murray, featuring such items as concert tickets, signed memorabilia, and more to benefit Epstein’s foundation, and Brehmer’s night-long tease of an amazing ‘special guest’ came to pass when none other than Eddie Vedder walked onstage, leading a barnburner of a band featuring Chamberlin on drums and Theo Epstein on guitar. Watching a concert that was so clearly a celebration of the Chicago Cubs really highlighted what a unique position this team is in for a ball club, and Vedder took every opportunity to name check the greats during a breakdown in “Corduroy” and his own solo tune about the team, “All the Way.” (Given the team’s record this year, “All the Way” was a particularly exciting singalong.) Closing out with “Hard Sun” and a cover of “Rockin’ in the Free World” that saw just about everyone of note in the house onstage singing and dancing, it was impossible not to feel something special in the air, with Wrigley Field just a block away and numerous members of the organization in the house. As the show rolled on with sets from the Hot Stove All-Stars, it was clear that, at least for a night, the Metro and Wrigley Field—two of the most iconic locales in all of Chicago—embodied more than just the spirit of a neighborhood: they embodied the spirit of charity and celebration. Can’t wait for next year.

For a video sample from the show, click here