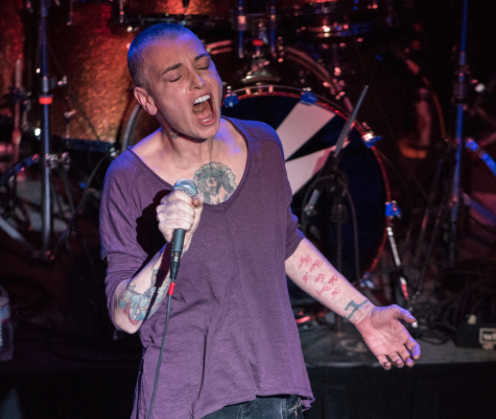 Sinead O’Connor has been reported missing in a north western suburb of Chicago Sunday.  The Irish singer songwriter was in Chicago visiting friends when she went for a bike ride early Sunday morning (Around 6AM) and never returned.

She was last seen on a motorized-bicycle with a pink basket on front. She was wearing a black parka jacket, black leather pants and a sweatshirt with “Ireland” written on the back of it. A missing persons report was filed around 1PM.

Sinead has been acting odd lately and reportedly suicidal. Friends and family have been monitoring her and even her Facebook posts the past couple months have been erratic with one note posted Sunday morning stating, “Jake, kindly go to the court on Tuesday and take custody of your brother from Tusla,” she wrote. “My lawyer will be making the illegal way yourself and Donal got him into Tusla (lying to the cops etc) known to the judge. Expect to be in trouble. In fact you’d best bring a lawyer of your own. And do not abandon your brother or any other of my babies again. What you have done to your brother and your mother is LITERALLY criminal.”

According to officials, the Wilmette police department have issued a noticed that she is missing / suicidal as the area is under a search to find the missing woman.

If you have any info on her, please notify the Wilmette police department at: