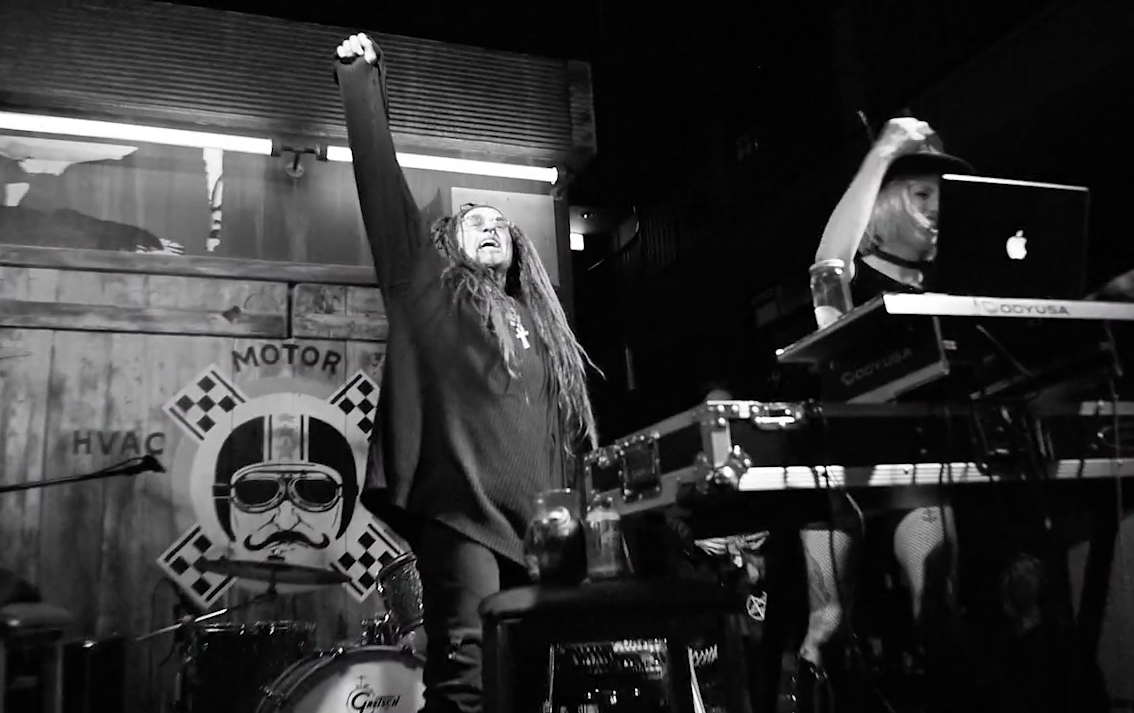 Surgical Meth Machine is now officially available to the entire world today. This is something Al Jourgensen (Ministry, Revolting Cocks, Lard, 100 Homo DJ’s, PTP, Acid Horse, Pailhead & Buck Satan and the 666 Shooters) has been passionately working on for over a year. The result is a complex, dichotomous album that is something completely new, but still has tones of yore. This would be incredible and fun to see live.  If it happens, we’ll be sure and let you know. For this record, we gave it a solid 4.5 out of 5.

To quote Jourgensen from an earlier interview we did with him on the new sound, “So this is… It’s kind of new stuff. It’s pretty cool. It sounds like kind of MINISTRY, but it’s a different level. It’s like I literally just put my foot on the gas pedal for this record. So I’m actually almost acknowledging that first horrible pop record I did in 1983. I’m crooning on some songs, I’ve got some pop songs on there, and then there’s just brutal assault for the rest of it. It’s me and I’m acknowledging everything that’s been me through, like, the last 35 years. Let’s just throw my balls on the table and hope somebody doesn’t have a meat cleaver.”

Here are a few quotes from our reviewers:

“Al Jourgensen takes a departure from Ministry….kind of. Rooted in the same bombast that is hard charging drum programming and double picking guitars, that has been the version of Ministry we know for the past decade, is Surgical Meth Machine… After the rocking half of this record Al goes RevCo on us.. And boy does that get fun! Weird samples, dancey grooves… Makes us long for the old days of the real RevCo from the late 80’s early 90’s. The drum programming of ‘one twos’ with cranked up double bass fills, all in the same stock drum machine kit, got tired a few Ministry records ago but, when given a groove, drum programming has its place.” – Cesar Glanville

“This record is fucking insane! How does Jourgensen still keep it fresh after all these years!” – Brandy Daniels

“If this isn’t proof that Al Jourgensen is still relevant in Alternative Industrial music, than I don’t know what is. Don’t count the man down just yet.” – Verheyen

“Ok, I honestly didn’t have high hopes for this one, but damn it if its not brilliant! I mean, it’s like ol skool RevCo. Great original whacked out tracks that aren’t to be taken so seriously. It’s fun, catchy and I never thought I’d say this about a Jourgensen project, but damn melodic at points. I mean, Jourgensen pretty much tells you from the get go on this that he doesn’t care, but if your a true fan, you will.” – Tommy Edward

Below is a promo video we created from Al Jourgensen’s birthday bash and CD listening party last October in Chicago at HVAC Pub.

For more info on SMM, the album and future updates, click here

For photos from the first listening party and Al’s birthday bash, click here