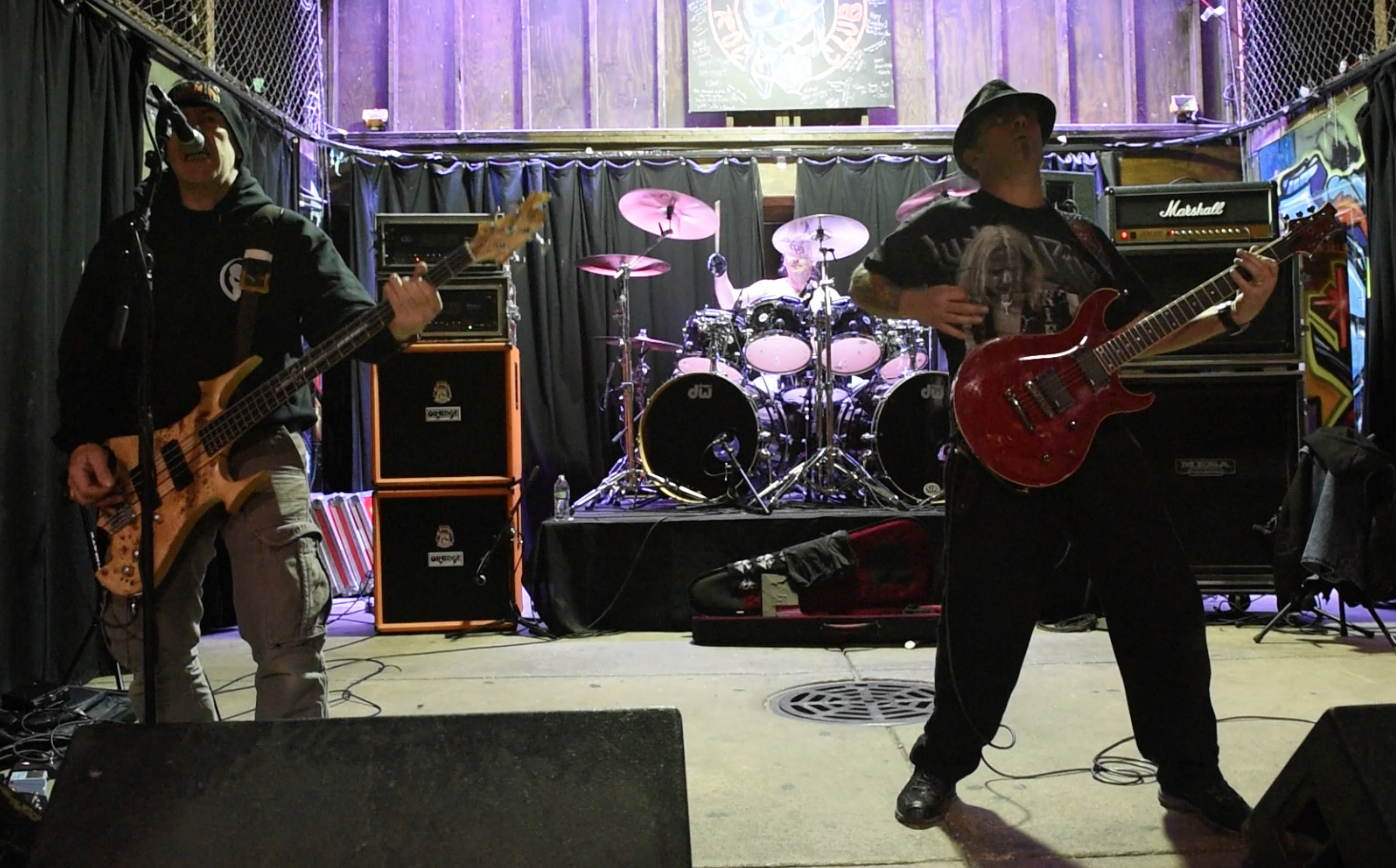 The New Wave of British Heavy Metal (or NWBHM, as it came to be known in the late ‘80s) was a movement that will always be a bit mysterious to many American rock and metal fans, for a few reasons.

Often, records were hard to find in America in the pre-Internet days, and this writer spent many a teenaged weekend scouring record stores for releases by Motorhead, Saxon, Angelwitch…the list goes on. For every Iron Maiden, there were ten other more obscure bands who put out great records as heavy metal found its feet and identity in the late ‘70s and early ‘80s. Inevitably, then, many of the NWBHM bands are seen as setting the course for heavy metal as we now know it.

Venom sits at the top of that particular peak: chaotic, frenzied, and inarguably raw, the Satanic royalty of heavy metal, spawning progeny far and wide. Slayer, Bathory, Watain…no black metal band on earth would exist as they do today without Cronos, Mantas, and Abaddon taking us all to hell and back over the course of several skull-crushing records exploring every aspect of evil deviance.

The ‘legend’ of Venom, if we can go there, was heightened by the fact that they were selective about live performance, only bringing a scant handful of live shows to America in the grand scheme of things (the first of which, in New York, blew the P.A.s to smithereens the second they hit the stage) and they were unpredictable. Following their first two seminal records—1981’s Welcome to Hell and 1982’s genre-defining Black Metal—they released a third album that featured a near-20 minute title track – not exactly typical. Venom was, in the words of guitarist Mantas, “pure fucking mayhem.”

So perhaps it made sense when they imploded just a few records in, returning in 1990 with Tony “Demolition Man” Dolan taking bassist/vocalist Cronos’ place to release Prime Evil, a surprisingly polished and produced affair by comparison. Prime Evil was followed by two solid records – Temples of Ice and The Wastelands – before Venom again called it a day.

But musical genres run in cycles, as we know, and as the lucky Venom fans at Reggie’s Rock Club learned on Monday – the time has come again to put the horns in the air. 1990’s incarnation of Venom – drummer Abaddon, guitarist Mantas, and bassist/vocalist Tony “Demolition Man” Dolan – has returned as Venom, Inc. to once again remind us of why a little evil in heavy metal – or a lot of evil, actually – is a good thing. (The “Inc.,” incidentally, is due to Crono’s version of Venom, which continues to tour and release records as well.)

Delivering a 17-song set of Venom classics, the newly reformed trio leveled the place with an energy that harkened back to the early days. The no-frills approach to staging – a simple backdrop with the band’s familiar pentagram logo – suited the razor-sharp focus on nothing but music and connection with Venom’s fiercely loyal audience. (Truthfully, I can’t think of a metal show I’ve seen in recent memory in which fans were so invested in every single song.)

Venom’s approach to live performance was always reliant more on bombast than nuance, but the Dolan years brought a renewed focus to the band’s delivery, and that’s still the case. Drummer Abaddon (who has apparently been commissioning portraits of himself for the attic, as he doesn’t look to have aged a day, shirtless and sunglasses-clad) and bassist Dolan maintained a tight, thunderous rhythm section, and Mantas, a bleached-blonde, riff-shredding dervish, took every opportunity to mix up classic leads alongside fresh takes. The set was a take-no-prisoners assault of material from the band’s first two albums (except for opener “Prime Evil,” which fit right in), and they even took the opportunity to dig deep for main-set closer “Sons of Satan,” which, fittingly, was the first song on the first Venom album, and had never been played live previous to this tour. The rarely played “Raise the Dead” built a perfect bridge from fan-favorite “Buried Alive,” and “Warhead” had a blazing, edgy quality that easily trumped the studio version. By the time the encore arrived and the band tore through a string of classics (see setlist below), the floor of Reggie’s had descended into chaos, to the obvious delight of the band members.

It’s easy to forget that Venom’s riffs and song structures are, ultimately, classic rock n’ roll more than flashy attempts at thrash or anything experimental; there’s a primal satisfaction in Venom’s hooks and chord progressions not unlike the classic rock bands of the 1960s – there’s just a bit more blood and fire involved. There was as much singing along from the crowd as you’d see at a Rolling Stones concert, which isn’t typically the case with a band like this, but Venom have never been typical.

Which, ultimately, is one of the many reasons that I’ve always found myself drawn back to them, even in the face of new and upcoming bands. For the same reason I love the Beatles in the grand scheme of rock n’ roll, I love Venom in the grand scheme of heavy metal, and there is everything to love, as a metal fan, in this current incarnation and tour. All hail.

For more on the band, tour and albums, click here

Interview : Mantas of Venom Most Anticipated Music For 2016