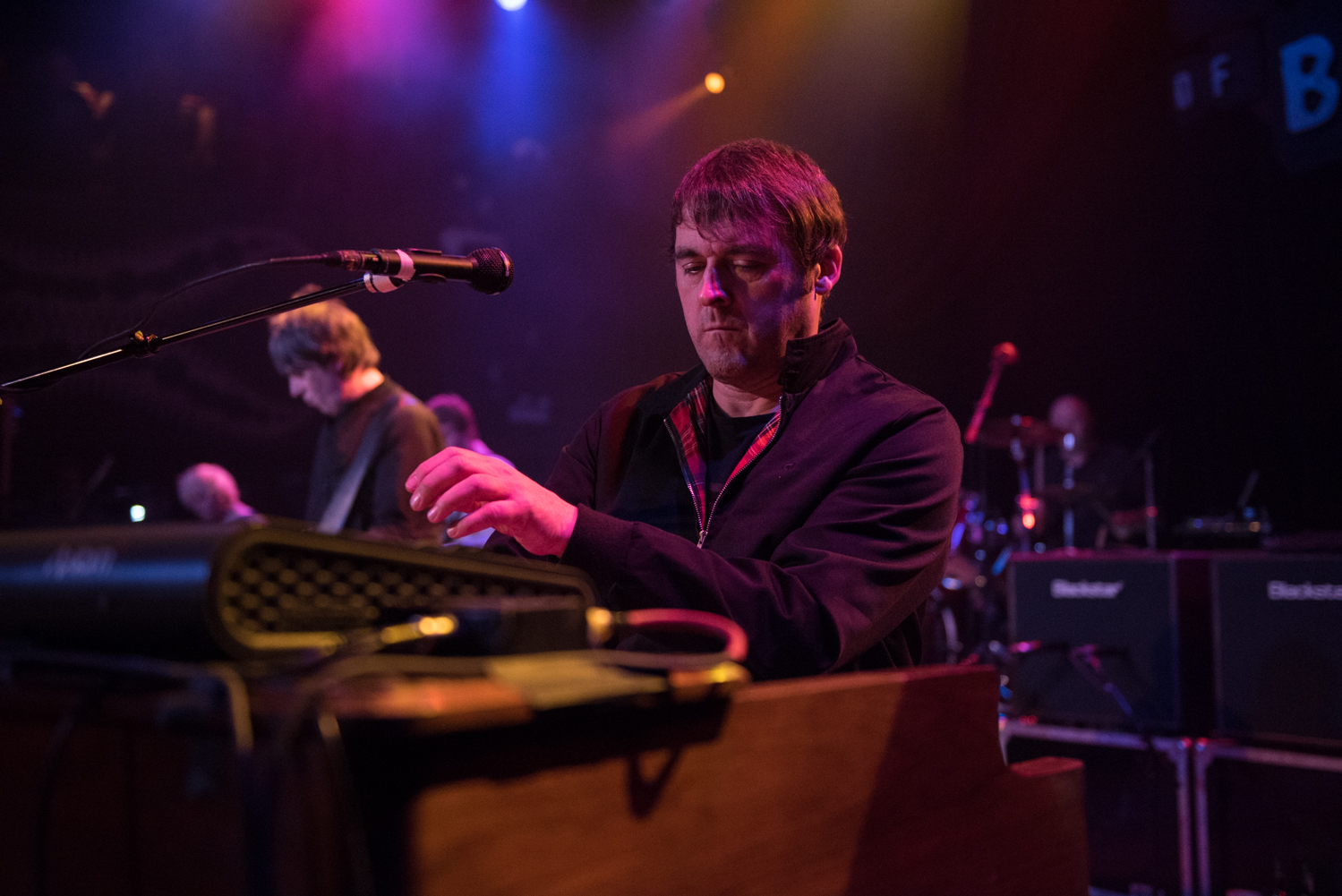 Remember what a Happening was? If you’re like this grizzled veteran of pop culture, that was a term reserved for a hip, cool gathering of people. It’s all happening, rockers.

Well, that’s what I thought back in 1991 when I was heading out for the American debut of The Charlatans UK in Boston. As a rock journalist covering the alternative scene, I was fully aware of the importance any British band worth their salt stood to gain by getting press in a town that had a reputation for welcoming up & comers. This particular gig was under the hot mic as it was a live broadcast for the heavily influential radio station in the area, WBCN. Their then music director Carter Alan was as I recall, mildly freaking out.

The scrutiny was heavy with this particular band, riding on the crest of the ‘Madchester sound’ that included Inspiral Carpets, Happy Mondays and the Stone Roses. Delivery was crucial. It was to say the least, not a stellar performance. Despite the positive reception to their single “The Only One I Know,”  the band’s attitude to us (including lead vocalist Tim Burgess) seemed indifferent and monotonous. EIther scared out of their minds or arrogant, the performance was a disappointment by gig standards. I came away with the feeling that they were a young band just feeling it out in the States and I hoped they had a good and long lasting future, regardless of this first impression.

What a difference time makes: Twenty-four years later, a bleached blonde Tim Burgess walked comfortably onstage at the House of Blues with his iPhone facing out, capturing the audience reaction and within a few bars of “Talking In Tones” (and an acknowledged wave to an appreciative fan), he appeared seasoned and in control.

Their long ago past has been dotted with poignance in the form of death, namely the 1996 car crash that killed founding keyboardist Rob Collins and drummer Jon Brookes passing from cancer in 2013. However, the latest tour has showcased not only their new album ‘Modern Nature’ but the resilience of Burgess, bassist Martin Blunt, guitarist Mark Collins, keyboardist Tony Rogers and drummer Peter Salisbury to not back down in the face of setbacks. And its shown in their setlist and the overwhelming love directed at them – with the backdrop of the horrific events in Paris – on November 13.

Burgess held the front spot like a pelican perched on a pier, bouncing to the beat with arms flailing. His delivery is more mature and nuanced, even harking back to 1990’s epic “Sproston Green.” A majority of the 17 song set focused on the new release ‘Modern Nature,’ including the beat-skippy ‘Emilie’ and the ethereal familiarity of ‘So Oh’ (a fave of this writer). The game changer in all of this has been the nature of aging. With lights flashing around, Burgess emerged from the darkness to celebrate the Charlatans history: the hook friendly “Weirdo,” the fuzz-buzzy “One To Another” and the electronic blips of “You’re So Pretty – We’re So Pretty, one wonders why the Charlatans (who have a fervent following) aren’t in the league of U2 or Radiohead.

Perhaps its the continued focus on delivering their sound solidly. Rarely did I see a wasted moment or a hesitation about where Burgess was going or a flamboyant acknowledgment during Blunt’s trademark lick during “The Only One I Know” (delivered to a much different reaction than my previous experience). The crowd was appreciative and noisy and Burgess kindly – and only in 2015 does it happen – responded with a tweet through social media: Through The Eyes of Tim Burgess

For more about the band, new record and current tour, click here