The Who Postpones Remaining US Tour Dates 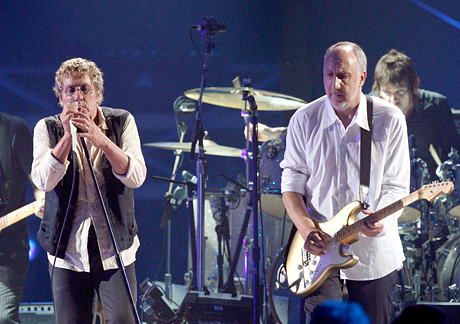 The Who has postponed the rest of its North American tour, including October dates at the Prudential Center and Madison Square Garden, as lead singer Roger Daltrey fights what the band’s website called “a mystery virus” but reports say is viral meningitis. The band, which was celebrating its 50th anniversary with the tour, plans to reschedule the concerts for spring 2016.

Disappointed fans may find some consolation in a new concert film. A special screening of “The Who in Hyde Park” — the legendary rock band’s 50th anniversary concert in London — will premiere in select theaters on Oct. 8. The concert, recorded on June 26, features a definitive set list through the band’s entire career from classic albums such as “Who’s Next,” “Tommy,” “Quadrophenia,” “My Generation” and “Live At Leeds” up to the present day. The film also contains interview footage with Daltrey and Pete Townshend, plus Iggy Pop, Robert Plant, Johnny Marr and others.