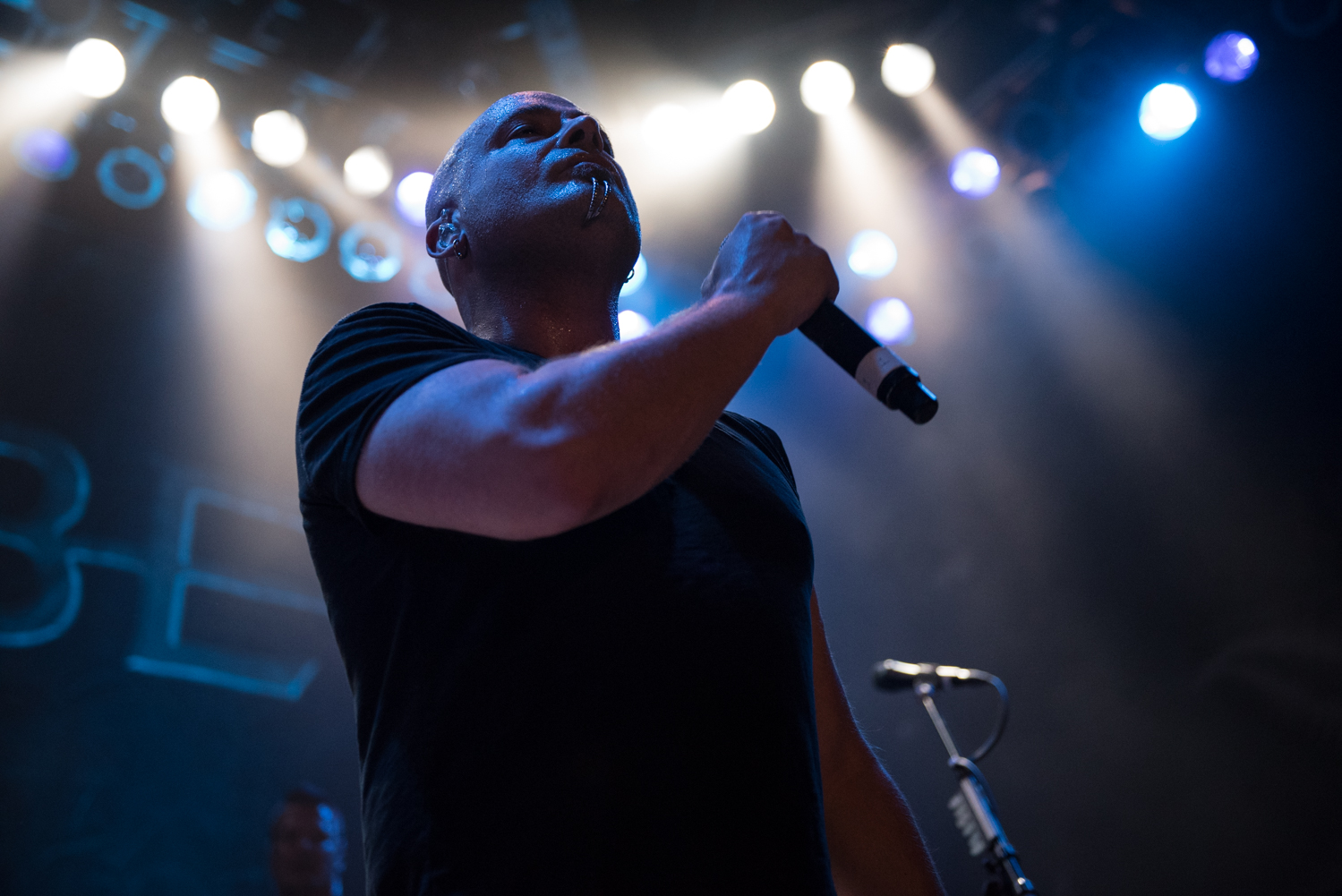 After a 4-year hiatus, the hometown heroes, Disturbed, made their return to the world on August 21, 2015. In addition to the return, the icons also released their sixth studio album titled, Immortalized. The epic night marked the group’s first show since 2011 and their only show of the year, so this was a major and historic night for the Chicago boys as well as the record breaking show selling out in just two-minutes.

A perfectly captured album title, the first single and music video titled, The Vengeful One, is perhaps their most exhilarating and strongest track to date. As the video also initiates the return of “The Guy”, he steps into the disturbed world that we are living in, takes over and sets things straight.

During their time off, all the members tended to other projects and activities. Bassist John Moyer in the supergroup, Adrenaline Mob, Mike Wengren and Dan Donegan with Evans Blue and more notably lead man, David Draiman with his project known as Device. During the show, Draiman commented how much has happened since they last played the stage especially for him as he was recently married and had a child with his new bride, who he pointed out in the upper balcony. He then went on to say, “It was good to be back. We’re just glad people still wanted to hear from us.” Even with all that happened, it did not deter the legends from coming back together to bring the world a gift it’s been dying to receive. What shocked us all was the group doing a superb job of keeping rumors extremely minimal, if any. No one had any clue that they were recording, no member hinted anything was coming at least up until earlier this year when the group released a teaser video of the group’s mascot being revived and brought back to life stronger than ever.

The show of the year was here and what better way to kick off the memorable night with one of their more anthemic tracks, Ten Thousand Fists. The energy the House of Blues emitted was overwhelming. The floor shook (literally). The group had amazing stage presence from the get-go, I think the audience undoubtedly got their money’s worth and more that night, even the staff worked effortlessly to control the hungry Disturbed ones. Overall the night was dominated by tracks from their debut album, The Sickness, as well as of course the latest album, Immortalized. A handful of tracks were played from every album nonetheless.

The Chicago crowd experienced history as the group played a few songs live for the first time, of course all of these included tracks from the new album and a few of tracks had not seen the live light for about 6-7 years like the tracks, Violence Fetish, Want, Meaning of Life (M.O.L), and Voices. Another first for the group, guitarist Dan Donegan, wooed the audience with a killer solo (so much so that Draiman pointed it out and told us of it’s importance and lets make it right) later on in the set to show off his talents titled, The Eye Of The Storm. Of course the night would not be complete with their signature track, Down With The Sickness, which was the closer to end this significant night.

David Draiman had no trouble with his influential stage presence to control the Chicago masses that night as he subtly commanded the crowd to jump, but to take care of each other if one falls. Overall the group brought forth an element the local fans were longing to experience. The group has been reborn in a new light and have set in stone their Immortal legacy within the industry and abroad. They appeared stronger than ever, and based on that night and their new album, I think we should prepare to face a new side of the band we have never seen. Get ready world, Disturbed, has returneth to reclaim their rightful throne.

For more info on Disturbed including the new album and next tour dates, click here.