Live Review: Smashing Pumpkins Return Home And Play One Night In The Small Club That Helped Start It All 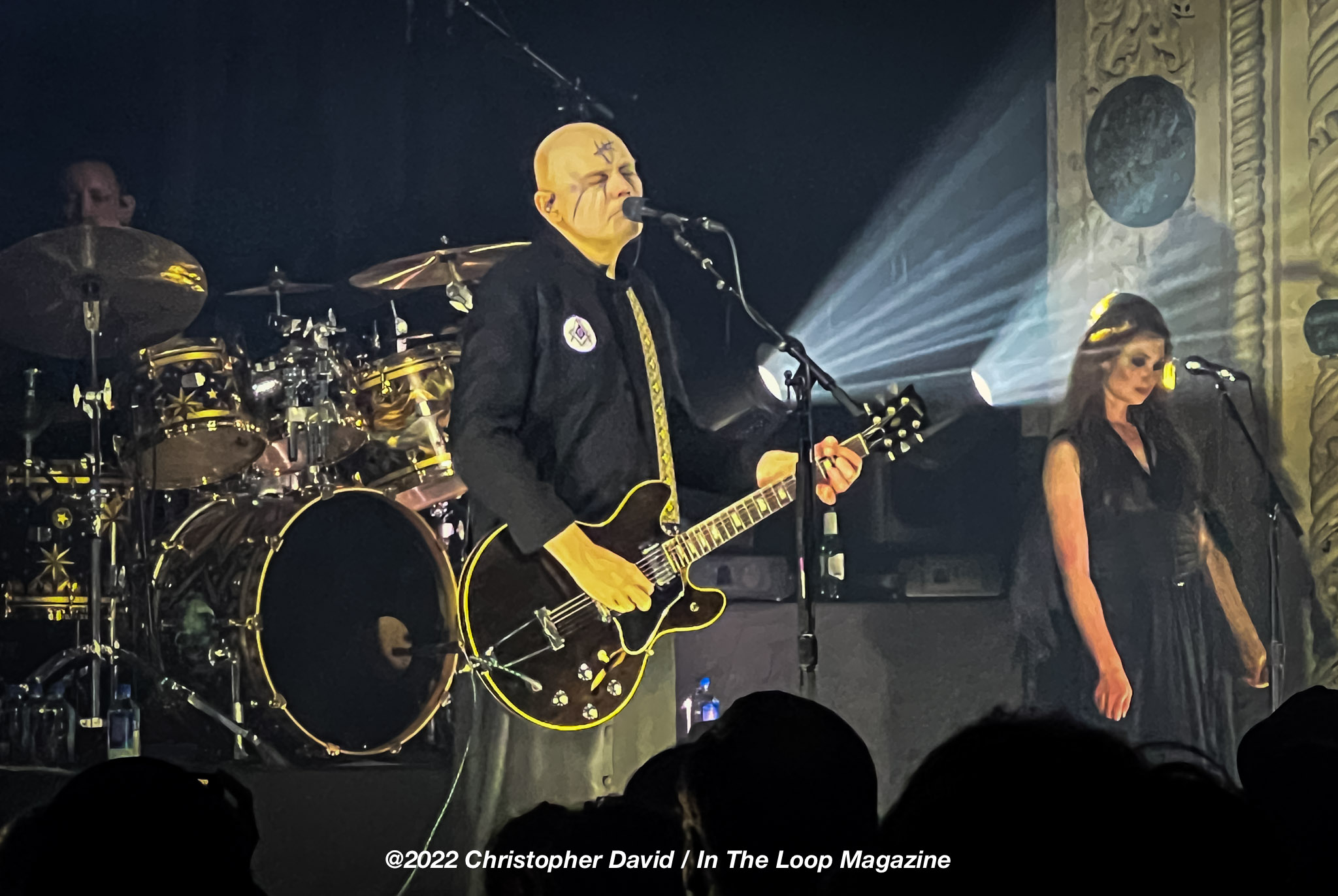 There have been times throughout rock history in which a band, for whatever reason, established a relationship with a specific venue that was so intrinsic to their development that it goes down in history.  Cheap Trick and Budokan.  Jeff Buckley and Sin-E.

And, of course, the grandaddy: The Smashing Pumpkins and our very own Cabaret Metro.  Which is part of why Tuesday’s Q101 promo show right on the heels of the Pumpkins’ new album announcement was so special.  The other part?  The band seems to have a renewed energy and attack that calls to mind the best moments throughout their career, suggesting that we’re entering one of those golden periods in SP history.

First, let’s get the big news out of the way, as the night was not without a special occasion attached.  The new album is called ATUM (pronounced “Autumn”), and in frontman Billy Corgan’s own words, it’s a rock opera in three acts (i.e. three individual records to be released in November, January, and March).  Which, in layman’s terms, means several dozen new SP songs over the course of the next few months, a musical banquet the likes of which we haven’t seen since 1995’s magnum opus Mellon Collie and the Infinite Sadness and its counterpart, the equally lengthy The Aeroplane Flies High (1996).

With all of that in mind, it was a given that the band was going to hit the stage firing on all cylinders, but leave it to Corgan and Co. to deliver beyond expectations, which is exactly what they did in a two-and-a-half hour set that somehow managed to eschew nostalgia and look forward while revisiting some of the most poignant spots in the SP canon.  Taking the stage to one of Siamese Dream’s heaviest cuts, “Quiet” led into the monstrous riff of “Empires,” a new song that wouldn’t feel out of place on Mellon Collie but had even more breadth given the three guitar attack of Corgan, Jeff Schroeder, and the ever-hilarious James Iha, whose unique musical coloring adds a depth to the Pumpkins’ sound you cannot ignore or discount.

From there, it was a barrage of fan favorites as well as a few deep cuts; a full band arrangement of “Ugly” gave that song an entirely new life and deserved spot in the setlist, and the ebb and flow of “Starla” remains one of the band’s strongest sonic roller coasters.  Historically, Corgan has played around pretty extensively with the arrangement for “Silverfuck” to varying degrees of success, but Tuesday saw the album version remain intact, coming across as savagely as ever.  “Beguiled,” the first single from ATUM, has a soaring chorus that will surely fit right in during SP’s upcoming arena tour, and the punchy energy of the crowd and Corgan chanting “return the faith” together during the song’s refrain set the stage for “Cherub Rock,” which hasn’t sounded this fresh in years.

“I wasn’t going to play this next one,” Corgan joked before the band pulled out a jubilant version of “Rocket.”  “I’d emotionally moved on, but then…I got engaged.  And James and Jimmy said, ‘do it for the fans.’ So here you go.”  The interplay between Corgan and Iha has always been both funny and heartwarming; indeed, Corgan was in grand spirits all night, gracious from top to bottom while including shoutouts to Metro owner Joe Shanahan and WXRT DJ Lin Brehmer before ending the night with a round of thanks for the crowd and a crushing version of Mellon Collie’s “X.Y.U.”

“What do you think, James?” Corgan said at one point in referencing his recent engagement.

“I think the best is yet to come,” James replied, to which Corgan gestured at the stage.

“For this band as well, I think the best is yet to come,” Corgan remarked, and the crowd certainly seemed to agree.

For the faithful, seeing the Pumpkins at Metro is a spiritual experience, and after so many years, the band clearly still feels the same in playing that iconic stage.  Tuesday’s show was a stunning snapshot of one of rock’s most unique and rewarding bands at the peak of their powers, having settled into their role as elder statesmen of the alternative rock world.  You could have closed your eyes at any point and it might have felt like 1993—but keeping them open and seeing Corgan still blazing away in 2022 was even better.  The best may indeed still be yet to come.

Once in a Lifetime (Talking Heads)

If There is a God