The Fest For Beatle Fans “Come Together” In Rosemont 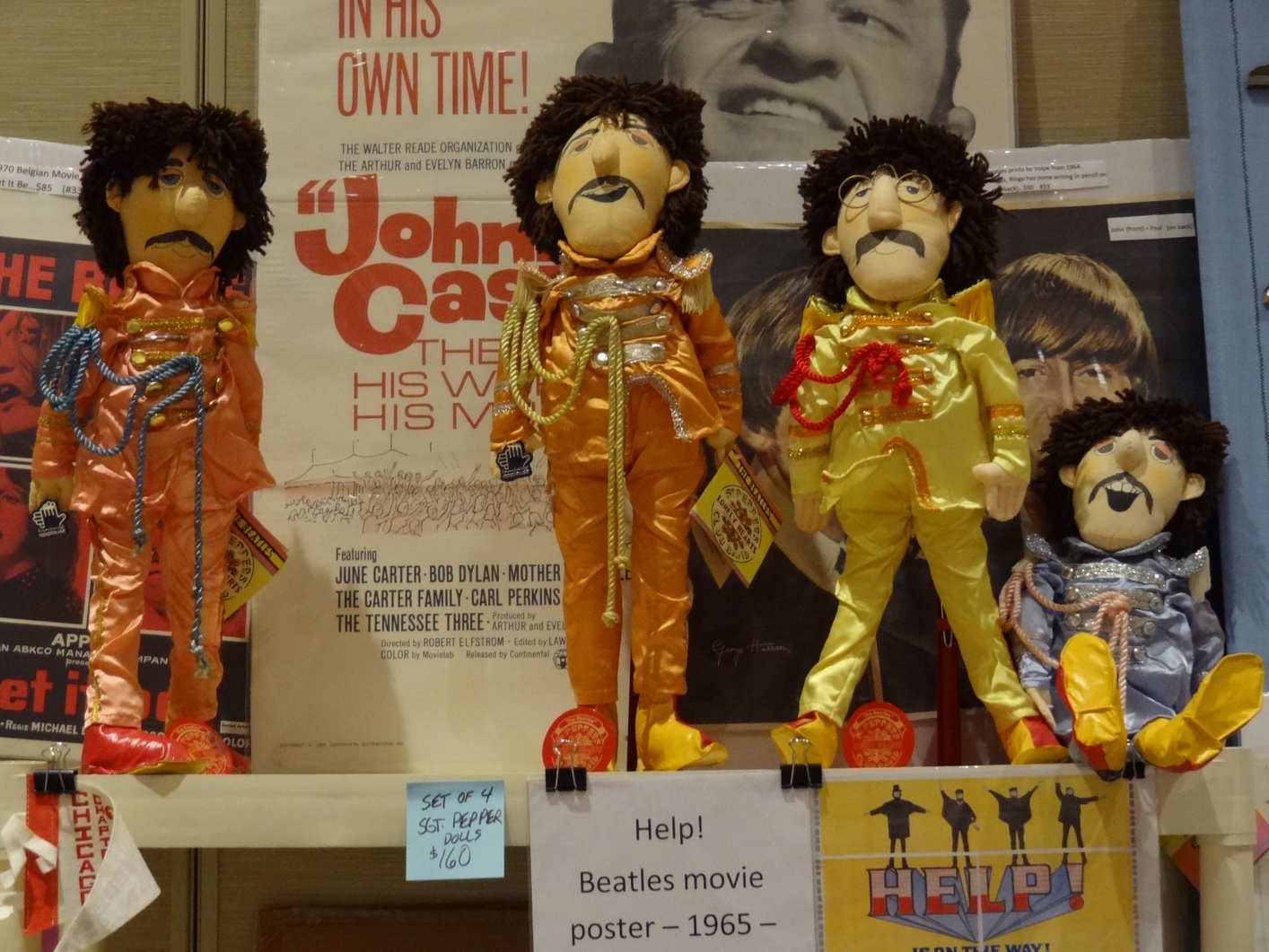 This year marks the 40th anniversary of the Fab Four celebration, formerly known as Beatlefest. If you don’t know by now, there’s a place called, “The Fest For The Beatles Fans”. It’s a three day festival that celebrates and honors all things Beatles with fans and special celebrity guests that experienced first hand something with members of the Beatles either as a band or solo artists. In The Loop Magazine got a ticket to ride this amazing event. With a little help from my friend and self proclaimed Beatle expert Larry Clausen, here is our review of this magical mystery tour known as “The Fest For The Beatle Fans”.

The two of us get in a drive my car to the Hyatt Regency O’Hare in Rosemont Illinois. This was yet again, the home for the iconic rock and roll music festival. Located just outside of Chicago, this event draws in guest from around the world. It was started by one man, New Jersey based, Mark Lapidos. Lapidos, a life long Beatlemaniac, decided to create this amazing event in honor of the boy’s first coming to America. In 1974 for the 10th anniversary of the event, he created Beatlefest in Manhattan for all the other Beatle fans looking for something just like this, a fun place to come together and share Beatle memories. I can dig it.

It all started when Lapidos met with the Walrus himself, John Lennon in New York City where they talked about the idea. Lennon responded with, I’m all for it! I’m a Beatle fan too!”. That was the fuel needed to get it going. Later than year, the first Fest took place. And it took off from there where all four Beatles blessed it and even donated instruments to it for a charity auction. Rolling Stone even ran the story as a front page cover. 39 years later, it still continues and now includes Chicago and New York.

The Fest for the Beatles is a family affair. Something not only Mark Lapidos still very much large and in charge, but so are his beautiful wife Carol and lovely daughter Jessica to help, carry that weight and bring the fans together to keep things running smoothly. We met Michelle at check in. She gave us the ropes, told us the back story and what was taking place. She’s been apart of this fest all her life. She explained that her mom and dad have been doing this longer than she’s been alive. She’s an aspiring fashion designer with clothing that could easily be from the 60’s counter culture era.  For that, thank you girl!

But that’s not all that’s happening here. The halls were filled with breakout rooms and ballrooms scattered from end to end each one like a glass onion peeling a layer off revealing a surprise behind each door. There were videos playing vintage concerts and events, pop up art galleries with fan submissions, Beatles museum and actual Beatles artwork. Unique and rare pieces created by John, Paul, George and Ringo that included paintings, photographs and mixed media.

Beatles for sale! If you’re looking for something Beatles related to take home, look no further. If you can’t find it here, it probably doesn’t exist, or at least, isn’t for sale anywhere. Dealers from all over the country set up in the marketplace selling everything from rare records (which we saw one for $10,000) to original concert tickets. I bought a Beatle’s ticket from the first booth I came across. I should have known better to do that though as I found it cheaper down the long and winding road of vendor booths. The Beatles had so much marketed merchandise, your head will spin seeing these collections. They have vintage and new with collectable items like miniature dolls, 45 carrying cases, lunchboxes, t-shirts, buttons and so much more. It would take you a day alone just to go through all the great stuff. They really should consider making this an eight days a week fest. The Fest shop was loaded with new Beatles fan fare like games, books, posters, clothing, dishes and more. When I get home, I can’t wait to put up and display all the cool things I bought.

But Wait, there’s more. They also had a 60’s themed dance party where you could twist and shout the night away, or put on your best Beatle boots and mop top wig and join the look a like contest, try reaching the same shrill notes as John and Paul and sign in the Beatles karaoke room and even view personal photos and memorabilia of the band. Yesterday was a puppet show, Beatles trivia contest, battle of the bands and a tribute group that played the entire 1965 Shea Stadium concert.

The vibe of the event was joyous. Everyone in attendance was ecstatic to be there. People of all age came out. Singing, dancing and spontaneous jam sessions took place in the great halls. Some of which lasted all night long. Yep, here comes the sun on yet another day at the fest. Art stations set up for guest to create and sign. You could hear Beatles music playing everywhere from the live concerts in the halls to a small room with a cd playing in the corner. Door prizes and give-a-ways every day as well that included a Vegas “Love” trip. In the end, you won’t find a greater Beatle festival than this. It’s sad to say good night to this until next year.

Peace and love a definite reoccurring theme throughout, you couldn’t help but feel welcomed with the company of new friends singing along with All You Need Is Love. If you’re a Beatles fan, you need to attend one of these events. You won’t be disappointed. It’s the best place to be all together now with other Beatle fanatics! So we say, let it be Lapidos family. We had a great time and looking to get back for another 40! I know I’ll be back.

For more info on The Fest for the Beatles, click here. You know my name, know look up the number.

I got a feeling you’re going to want to see more. So, for a bigger variety pictures from the fest, click here.

Click here, for the exclusive interview with Mrs. Louise Harrison (whose birthday it happened to be) as she discusses her involvement with the Beatles, her commitment to support music in schools and her tribute band, Liverpool Legends.

(Do you want to know a secret? There are 40 Beatle songs throughout this article to honor the 40th anniversary of the event.)