Live Review: Scorpions Sting Chicago With a Mix of Old and New 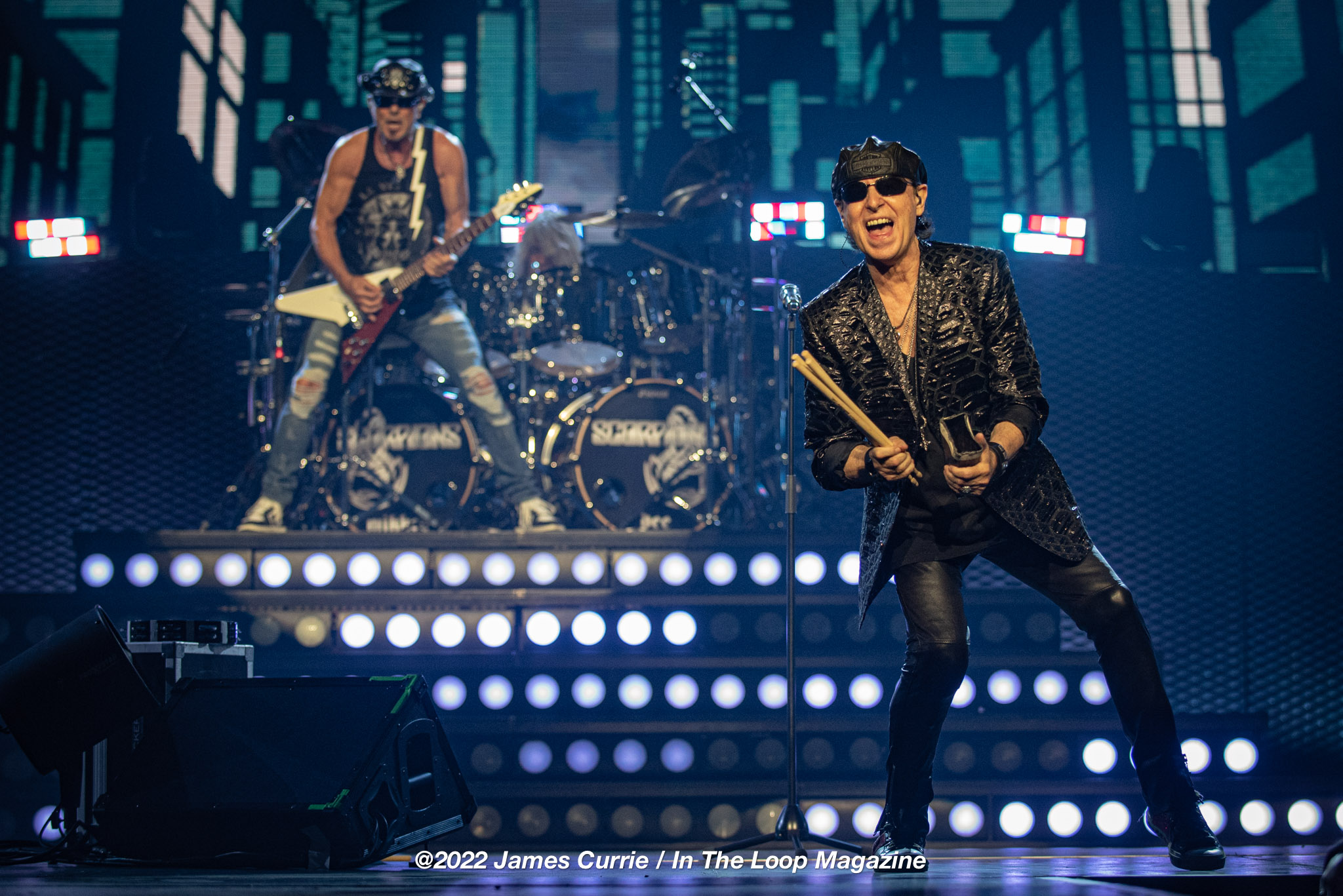 Joining the ranks of that handful of bands able to surpass the five-decade mark, hard rock legends Scorpions brought a tight and all-too-short setlist to Chicago’s Allstate Arena on Thursday night.

Openers Thundermother brought a killer set of high octane, classic rock and proved a stellar opener who could headline in their own right, and their reception form the sold-out crowd was equally impressive; look no further than the multitude of Thundermother shirts throughout the crowd for the rest of the night.

The crowd was electric by the time the quintet from Hanover, Germany, hit the stage to “Gas in the Tank,” the opener from new album Rock Believer, the first of several forays into new material, which speaks to the band’s longevity; while many bands might consider having nothing to prove by releasing new material, the Scorpions have held a firmly rooted place in the world of hard rock and metal for many years and their dedication to staying fresh was reflected in spades, in part thanks to the ungodly drum skills of the great Mikkey Dee, a welcome and perfect fit for the band.  Few drum solos can rile a crowd as Dee’s can, and he knew it, all smiles from start to finish before guitarists Rudolf Schenker and Matthias Jabs came charging back onstage for the timeless “Blackout.”

Vocalist Klaus Meine, clearly having the time of his life, dedicated new track “Peacemaker” and the politically-charged power ballad “Wind of Change” to the people of Ukraine, adding a poignancy to both pleas for global justice, but for the most part, the night belonged to Schenker and Jabs, whose twin-guitar attack ranks amongst the best and longest running partnerships in rock; “Coast to Coast” was monstrous and reminded everyone of how arena rock should be done, and old-school MTV hits from the band’s ‘80s heyday like “Tease Me Please Me” and “Big City Nights” had the entire place singing along.

If anything, the set went by way too fast, particularly given the absence of Whitesnake (who were supposed to have been a part of this tour until just a few weeks ago), but of course, the band could have played as long as they wanted and it still wouldn’t have been enough for the fans who were on their feet from start to finish—such as it is for a band with five decades of material under their belt.

For photos from the Scorpions show at AllState Arena, click here

Gas in the Tank

Send Me an Angel

Tease Me Please Me

Photo Gallery: Cayucas @ The Vic After Multiple Delays Out Of Their Control, Rammstein Finally Return To Chicago With Jawdropping Stadium Tour