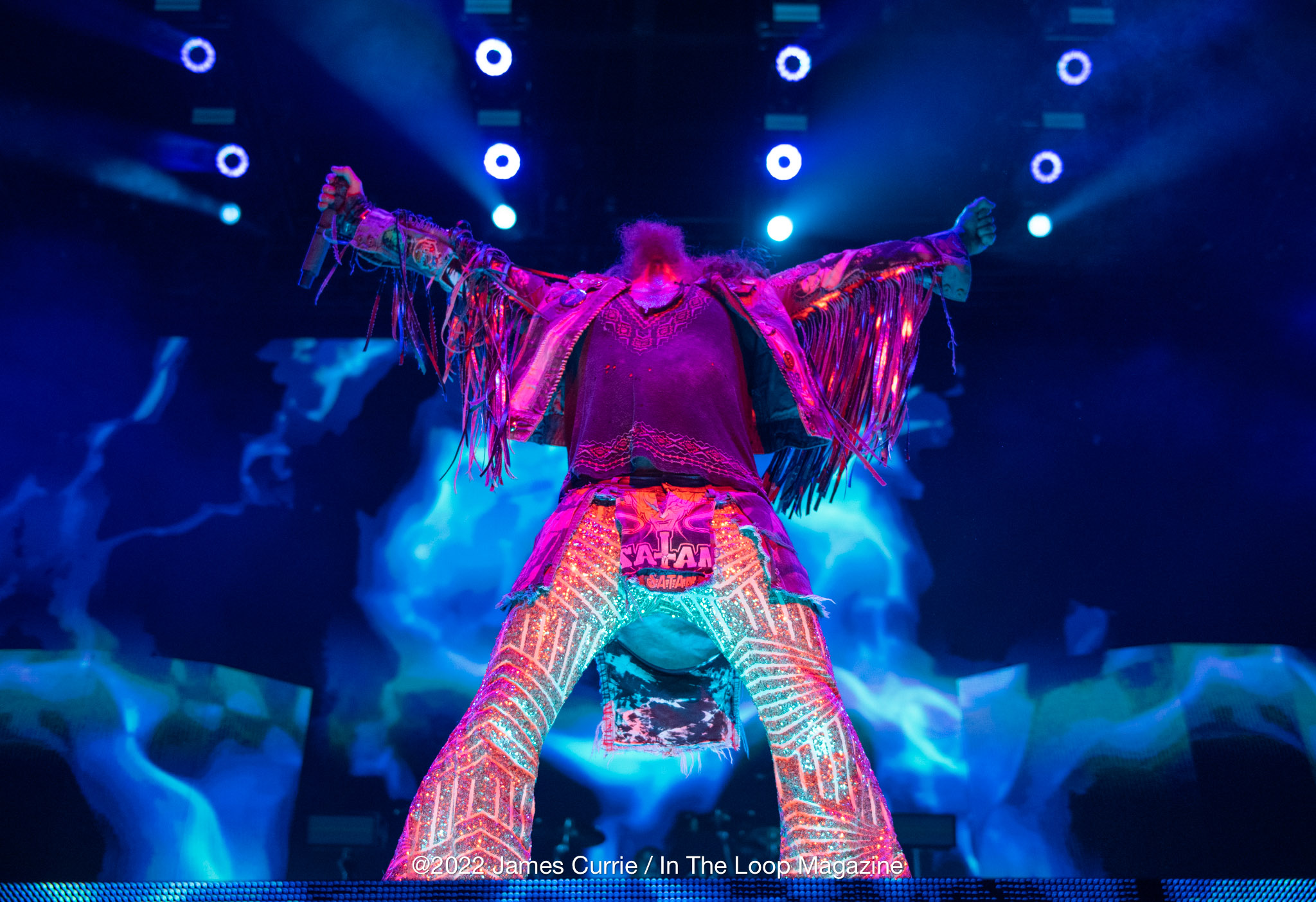 Rob Zombie brought his ass-shakin’, grass-smokin’, monster-rific ‘Freaks on Parade’ tour to Chicago on Friday, reminding us again why his presence in the world of rock, horror, and film is so valuable.

After stellar sets by Powerman 5000 and Static X, Peoria nu-metal tribe Mudvayne hit the stage for a skull-crushing hour, back in action after an eleven-year hiatus and right at home on this particular tour; the bill was perhaps the most thoughtfully curated of any Zombie tour in recent memory.

But any tour with Rob Zombie on it belongs to Zombie.  Giant devils and robots were in abundance, and his traveling circus comprised of drummer Ginger Fish, bassist Piggy D, and otherworldly horror-fiend badass guitarist John 5 is entirely its own world of b-movie monsters, burlesque, drive-in exploitation and wacko cartoon visuals; every time around is just different enough to keep it interesting.  The setlist deftly balanced old and new (deep cut “Scum of the Earth” was a nice surprise), offering a few tastes of Zombie’s most recent album, 2021’s The Lunar Injection Kool Aid Eclipse Conspiracy alongside classics like “Living Dead Girl,” “Meet the Creeper,” and set closer “Dragula.”

Of course, all the talk this year has surrounded Zombie’s upcoming film adaptation of The Munsters, and screening the trailer before the encore was a clever move for anyone who wasn’t yet in on that particular bit of info, and it made total sense; Zombie the filmmaker is now inseparable from Zombie the musician and ringmaster, which is a good thing.  With few rock musicians or bands out there to really carry the torch from artists like Zombie, we need all the cultural influence we can get.

“I’ve seen two things on this tour,” Zombie noted at one point with a grin.  “Old dudes with long white beards and really little fucking kids.  So I guess that’s our demographic now – ZZ Top and Sesame Street.”  The ‘monster kids’ of the future were certainly in great abundance, which can only bring us hope that Zombie’s core audience—all of us monster and horror-obsessed kids of the last five decades—has something to look forward to when this particular circus stops rolling.  But there seems little reason to worry—Zombie’s tireless performance and wild energy doesn’t seem to be slowing down, thankfully, so let’s celebrate it for the madcap, blood-drenched, carnival of ghoulish mayhem that it is.  We’re lucky to have it.

For more on Rob Zombie and his Freaks on Parade tour, click here

For photos from the show, for Rob Zombie, click here

For photos from the show, for Mudvayne, click here

For photos from the show, for Static-X, click here

Expanding the Head of Zed (Intro)

The Triumph of King Freak

Shake Your Ass, Smoke Your Grass

Scum of the Earth

Well, Everybody’s Fucking in a UFO

Shadow of the Cemetery Man