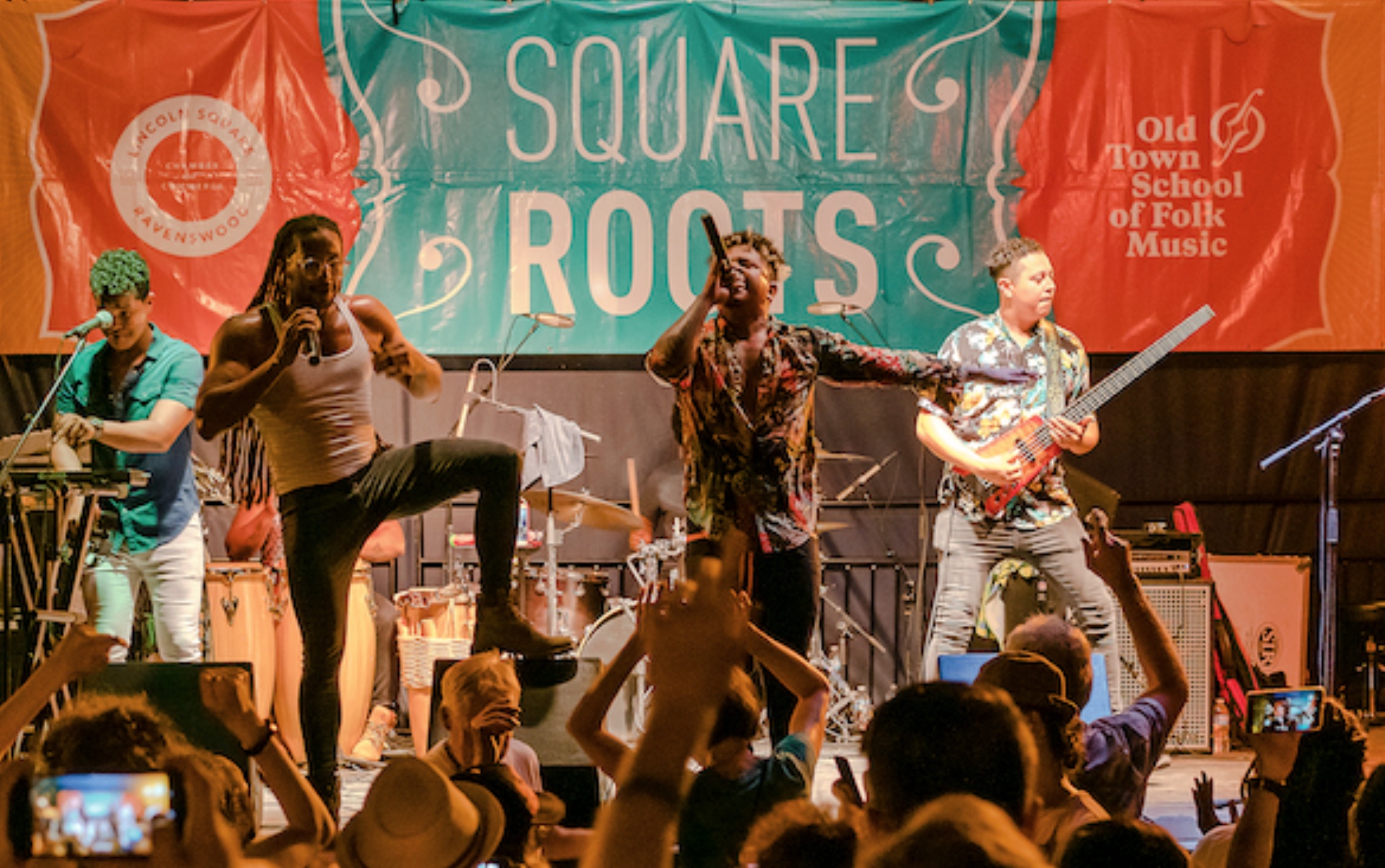 together the best beers of Lincoln Square, Chicago, and beyond along with 50+ music acts

Hosted by Lincoln Square Ravenswood Chamber of Commerce and Old Town School of Folk Music, the not-your-standard-street festival in Lincoln Square starts Friday evening, July 8 from 5:00-10:00 p.m., and runs Saturday, July 9, noon–10:00 p.m. and Sunday, July 10 from noon–9:00 p.m. and will feature dozens of bands, vendors, and favorite local restaurants along with a unique craft beer experience that features many local brewery favorites.

“Great music pairs perfectly with great beer and we have another stellar lineup of craft brews at Square Roots this year,” said Rudy Flores, festival organizer and executive director of the Lincoln Square Ravenswood Chamber of Commerce. “Our craft beer taps are anchored by our amazing partners Half Acre Beer Company. Plus, amazing brews from Dovetail Brewery, Begyle Brewing and, new this year to our festival, Brewer’s Kitchen by Pilot Project.”  “Tickets purchased at Square Roots let you taste more than two dozen craft beer styles, so you can explore the great craft beer scene in Chicago all in one spot.”

Craft Beers and Ciders available throughout the festival:

Brew Lounge 2022 will have exclusive tappings available only in the Brew Lounge in the north stage parking lot from noon to 8:00 p.m.  Quantities are limited.

The most up-to-date festival line-up along with all the latest information for the festival’s beer and music line-ups at Squareroots.org.

Chicago’s Old Town School of Folk Music is the largest community school of the arts in the U.S. and a non-profit organization committed to celebrating American music and global cultures. Founded in 1957, the Old Town School of Folk Music provides a wide range of music, dance, and arts courses to people of all ages, abilities, and backgrounds. Whatever one’s interest, the Old Town School provides broad access to more than 700 accredited weekly class offerings, private lessons, and over 400 concerts and community events per year both in-person and online.