Chicago Premiere! AstonRep Theatre Company Presents WHEN WE WERE YOUNG AND UNAFRAID 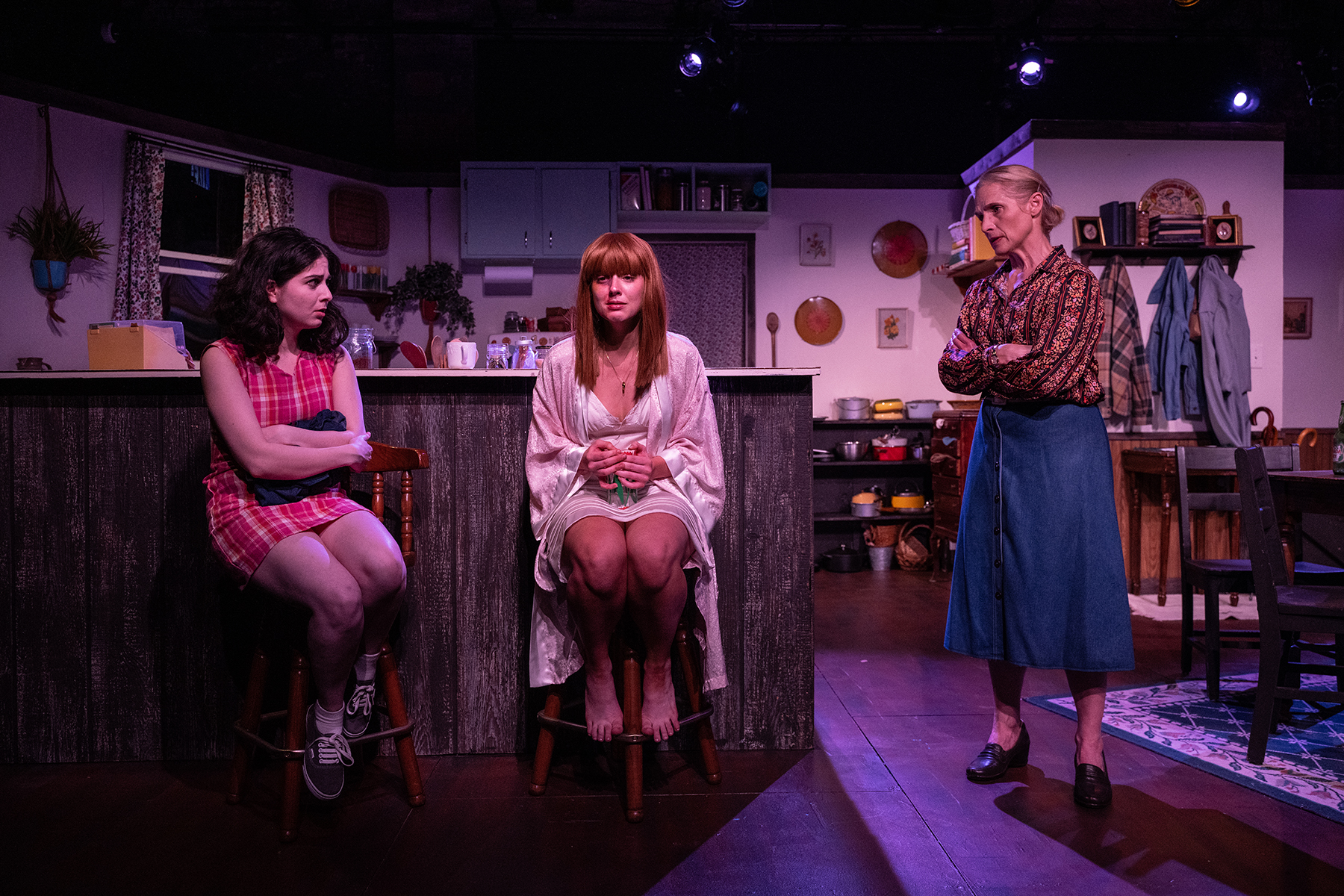 WHEN WE WERE YOUNG AND UNAFRAID

In the early 1970s, before Roe v. Wade, before the Violence Against Women Act, Agnes has turned her quiet bed and breakfast into one of the few spots where victims of domestic violence can seek refuge. But to Agnes’s dismay, her latest runaway, Mary Anne, is beginning to influence Agnes’s college-bound daughter Penny. As the drums of a feminist revolution grow louder outside of Agnes’s tiny world, Agnes is forced to confront her own presumptions about the women she’s spent her life trying to help.

Director Sara Pavlak McGuire* comments, “Against the backdrop of the early 1970s, Treem’s play shines a light on the faces of women who fought (each in their own ways) to create lasting and powerful change in America. At the same time, this play provides a cautionary tale for today’s woman of how close she may be to witnessing an oppression that this generation has not yet seen. And so we hope it provokes her to continue to fight; whether it be quietly from her home or loudly from the front lines. May she be inspired by the women in this story to use her voice and to help the women around her. After two years, we are honored to finally present the story of these four women and are thrilled to premiere it here in Chicago.”

COVID protocol: AstonRep is committed to providing a safe and enjoyable theatre-going experience. At this time, we will require all patrons to provide proof of vaccination when entering the theatre and patrons will be required to wear a face mask during the performance. As this guidance is rapidly evolving, so may our protocols, so please check our website for the most up to date information

Title: When We Were Young and Unafraid

Sarah Treem’s (Playwright) A Feminine Ending premiered at Playwrights Horizons and went on to productions at South Coast Repertory and Portland Center Stage, among others. Her play The How and the Why premiered at the McCarter Theater starring Mercedes Ruehl (with Emily Mann directing) and went on to productions at Interact Theatre and Trinity Repertory, among others. Sarah’s other plays include Empty Sky (Bloomington Playwrights Project), Orphan Island (Sundance Theater Lab), Human Voices (New York Stage and Film) and Mirror Mirror. She has been commissioned by Playwrights Horizons, Southcoast Repertory and Manhattan Theater Club, and developed work at the Ojai Playwrights Festival, the Screenwriters Colony, Hedgebrook and Yaddo. In addition to her theater career, Sarah wrote and produced all three seasons of the acclaimed HBO series In Treatment, for which she won a WGA award and was nominated for a Humanitas award. She was also a writer/producer for the HBO series How to Make it in America. She has taught playwriting at Yale University, where she earned her B.A. and M.F.A.

Sara Pavlak McGuire (Director) has been a company member with AstonRep since 2013, where she
serves as a member of the Artistic Core Leadership. Working primarily as an actor in Chicago, Sara has worked with many different companies around the city; namely Windy City Playhouse, Timeline Theatre, Remy Bumppo, Oak Park Festival Theatre, Filament Theatre, Hubris Productions, Spartan Theatre and of course her home at AstonRep. She is a two-time Jeff Award nominee (2011, 2018). She received the award in 2011 for her work in Agnes of God, with Hubris Productions. She has assistant directed several productions with AstonRep (Wit,The Lyons, The Laramie Project) and has served as casting director for the past seven years. Sara holds an MFA in acting from Western Illinois University.

AstonRep Theatre Company was formed in the summer of 2008. Since then, the company has produced numerous full-length productions, along with their annual Writer’s Series. They are currently in residence at The Edge Theater. AstonRep Theatre Company is an ensemble of artists committed to creating exciting, intimate theatrical experiences that go beyond the front door to challenge audiences and spark discussion where the show is not the end of the experience: it is just the beginning.

Photo Gallery: Sum 41 / Simple Plan / Set It Off: The Blame Canada Tour @ Radius Metal Legends TESTAMENT Have A Beef With Chicago's Kuma's Corner And Friday, They Have It Out