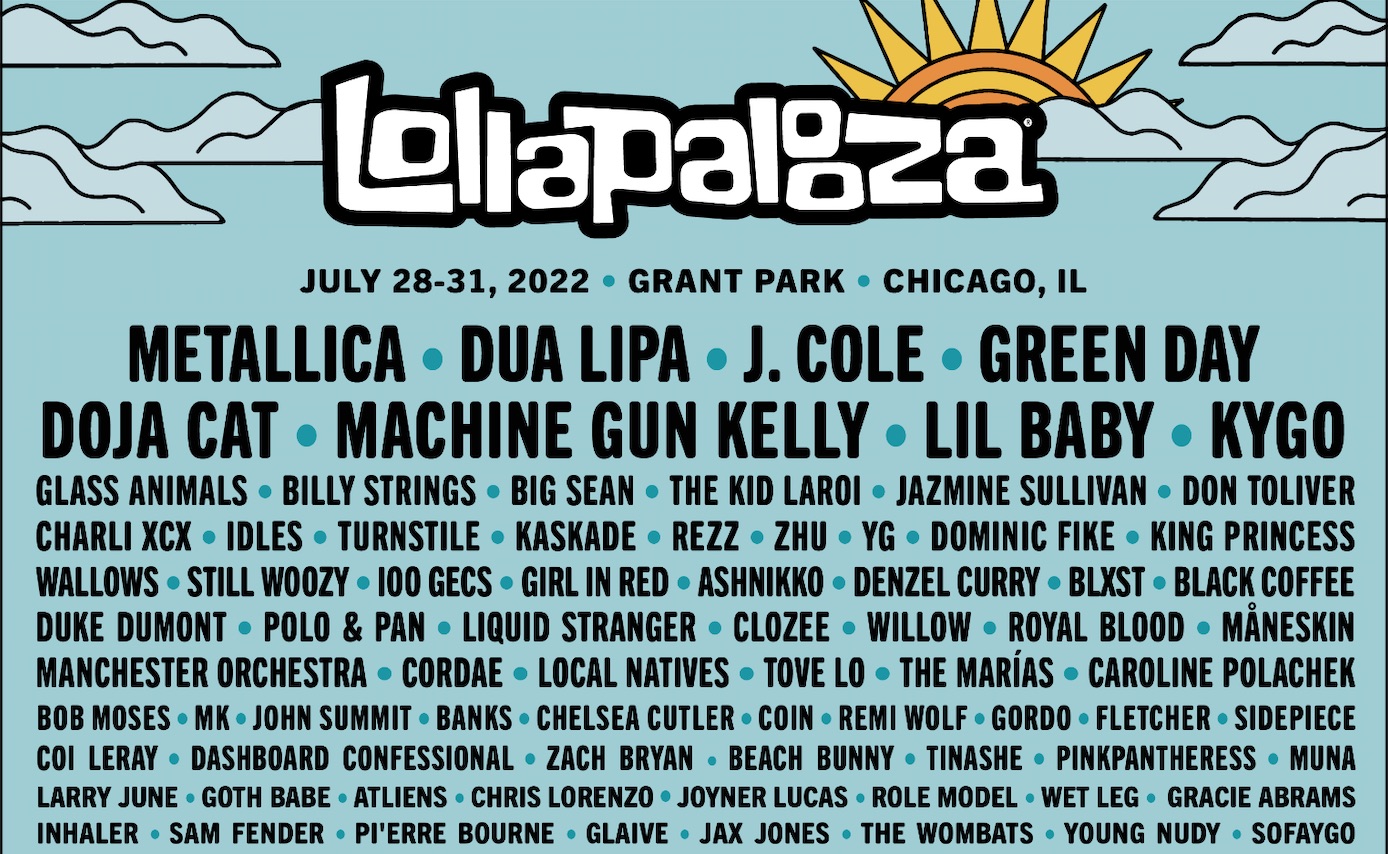 Lollapalooza is excited to announce the return of Kidzapalooza, an interactive music playground within the festival, featuring a lineup of family-friendly performances, activities, music, and dance workshops and more.  Grab your future rock stars and get ready for an amazing experience. Returning in 2022 is the Bonus Tracks stage, a magical area within Grant Park where community, dancing, mindfulness, and inclusivity drive each day’s programming. It is a place to create connections, move your body, and open your mind in between musical performances.

4-Day General Admission, GA+, VIP and Platinum Tickets, along with Destination Experience Hotel Packages, will be available today at 12pm CT.  To purchase tickets and for the full list of amenities, visit www.lollapalooza.com/tickets. 1-Day Tickets will be available at a later date. Kids 10 and under get in free with a ticketed adult.

This year, Lollapalooza will be unveiling a variety of unique NFT options and experiences for fans throughout the festival season. In addition to NFT’s that fans can purchase, Lolla will collaborate with NFT communities and create NFT’s that are minted, collected, and traded for artistic value, with each including various levels of IRL benefits on festival grounds.  NFT enthusiasts can follow the Official Lollapalooza Metaverse Twitter account, @LollaFrens, to join the community and stay up to date on all offerings.

Sustainability has always been an important part of Lollapalooza’s culture. As part of our continued efforts to reduce our impact on the environment, Lollapalooza is teaming up with TURN to help tackle the problem of single-use plastic waste.  Fans can support sustainability during the festival and return their cup for the chance to win exclusive prizes, like VIP Ticket upgrades, festival cash, and more.

Lolla Cares works to introduce Chicago youth to the diverse creative opportunities in the festival industry and reduce barriers to arts access in Chicago schools. In 2021, Lolla Cares reaffirmed its commitment to the city with the creation of the Lollapalooza Arts Education Fund, a $2.2M donation to support arts education in Chicago Public Schools (CPS). Distributed through local nonprofit, Ingenuity, the funds will support more than 100,000 CPS students over five years. Outside the classroom, Lolla Cares’ partnership with After School Matters supports after-school and summer programs that allow Chicago teens to learn new artistic skills and display their artworks at Lollapalooza. Lolla Cares also provides post-secondary opportunities through the Music Festival Career Fair, an April 2 networking event that highlights employment opportunities at Chicago festivals and pathways to careers in the creative sector for students at City Colleges of Chicago, one of the largest community college systems in the country.

Lollapalooza has grown into an annual world-class festival in Chicago (2005), as well as culturally rich countries including Chile, Argentina, Brazil, Germany, France and Sweden. Lollapalooza is one of the premiere music destinations for music fans in the United States and abroad.  The Chicago edition features more than 170 bands and nine stages during four full days of music. Lollapalooza 2021 contributed more than $305 million in local economic impact and the festival has generated nearly $2 billion in total since 2010.

Lollapalooza observed its 30th anniversary in 2021, celebrating its enduring success as a powerhouse global festival brand.