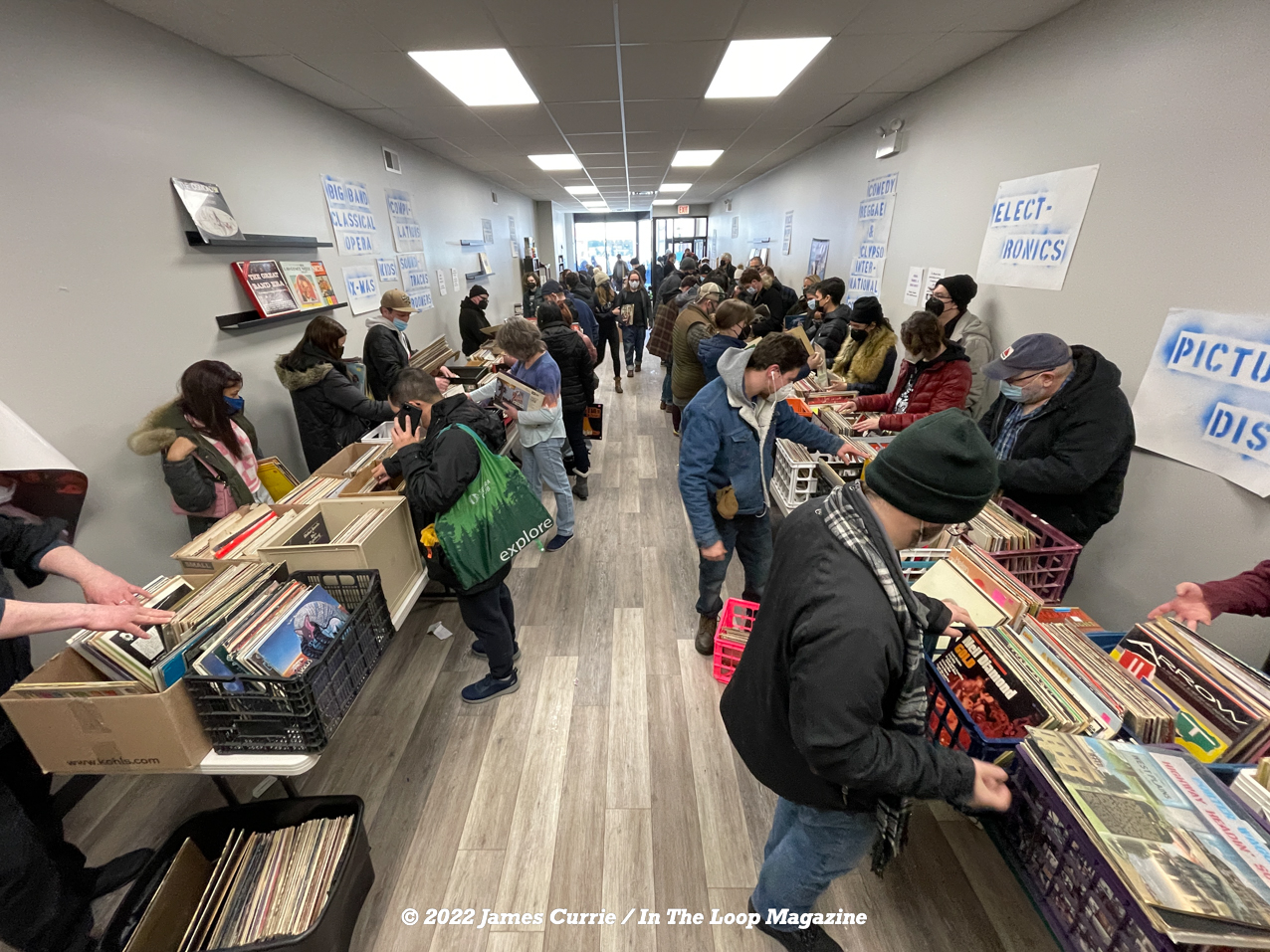 Chicago lost another forager in the indie record store industry fight as Ray Pate passed away suddenly last month. His record store was Chicago Ray’s Records on Chicago’s northside on Clark Street. No stranger to business on the north side, he also was the owner of RPM Records on Irving Park a few years ago. According to the family, Ray did not leave any instructions for such a sudden event, so, they decided to sell off what they can to help pay for bills and funeral costs.

Saturday and Sunday they did just that. The event was bitter sweet. It was sad to see a grieving family, a record store closing and a man’s lifes work dismantled, but, the alternative could have been an absolute with the family donating everything to a thrift store or worse yet, throwing it all away into a dumpster. Instead, they gathered friends and family and held a weekend sale to raise some money and make a lot of music fans happy with bargain basement prices.

It all kicked off on Saturday morning at 10AM. The line started much earlier, but the doors officially opened at 10. The store provided breakfast snack foods, but no one really partook but they came in droves. There was a constant line down the block all day long on Saturday as music fans and local supporters gathered on last time at 7051 N. Clark to buy records, tapes, cd’s, dvd’s, books and more. All for just $1 an item.

People came with bags, crates and boxes to load up with the treasures and gems Ray collected in the two years of operating the store. As early as 30 minutes after the doors opened, you could see people filing out with arm loads of music. They even had stereo equipment and furniture for sale at various prices.

Ray’s daughter, Lisa Pate said, “We are really surprised to see the lines of people coming out for this.” She added, “Ray knew a lot of people and I guess this turn out just proves it.” Stories, ads and postings about the event online filled social media pages and quickly became one of the hot shared topics for the week.

During the event, we heard stories from former employees who helped Ray during the time of the stores operation. A unknown man said, “I used to help Ray load in stuff in the past year.” He said, “A lot of things they are bringing up and out of the basement, I helped put down there.”

A customer in line, Jennifer, talked about how this was a sad news as they (her and her boyfriend also in line) just moved to the neighborhood last year and this was their go to record store. Ray always had a great variety of music and offered to get anything they wanted if he didn’t have it.

The family has setup a GoFundMe page for Chicago Ray to help further the funeral expenses. A statement follows from one of his daughters Olivia:

A few words from Olivia

Thank you all for the kind words and sharing of stories during this time. Ray passed away suddenly on Thursday, 1/20. Unfortunately, he did not leave behind a plan or the funds for a service. We (his daughters) are now doing our best to put together a service for him. Many friends and family have reached out asking what they can do to help, so we decided to make a gofundme. We appreciate all of the help and support!-Ray’s daughters
https://www.gofundme.com