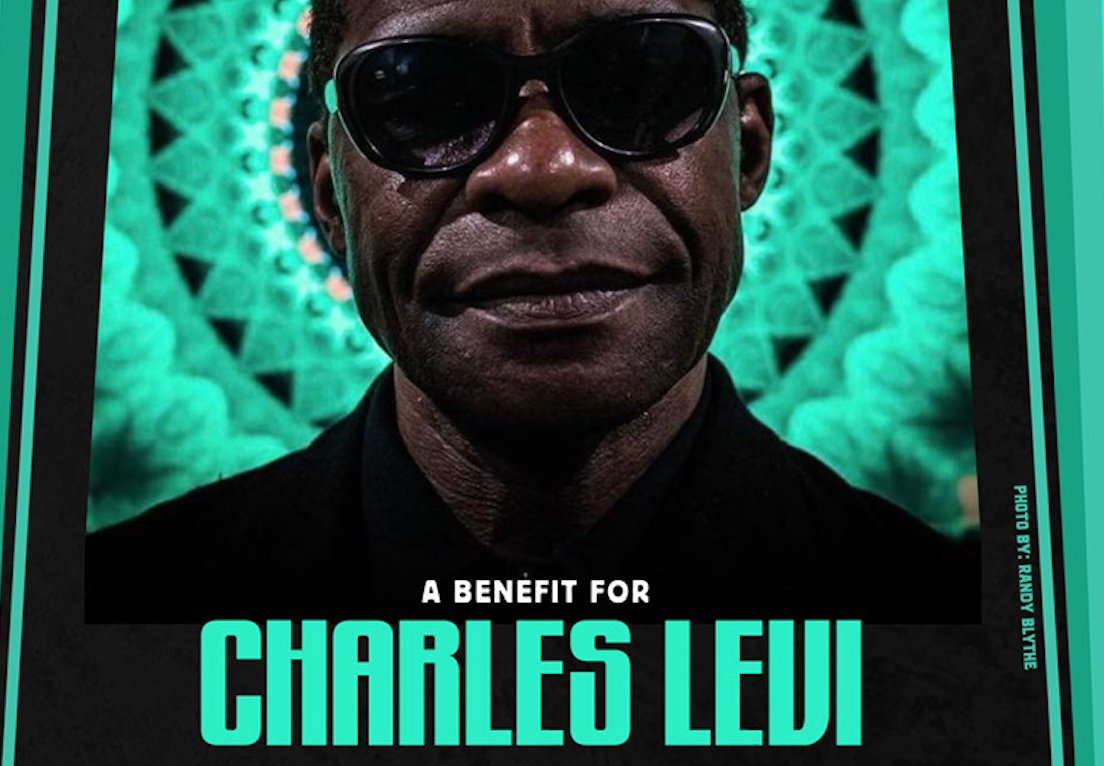 “Charles is a legend in the Chicago industrial scene but more than that he is an amazing human being and a great friend. Anything we can do to help a brother out in a time of need we will.” – Christopher Hall, Stabbing Westward

The Chicago music community is like no other. Any time there’s a fellow musician, venue, club owner, photographer, journalist, bouncer or others that contribute to our home town music scene and need help, someone steps up. Here is another example of that love. Several artists have joined forces to help raise money for injured musician, Charles Levi. A benefit fundraising event is planned for Friday, April 15th, 2022 at Metro in Chicago.

Charles Levi, for those who don’t know, is a legendary bass player who gained fame with My Life With The Thrill Kill Kult and has since played with just about everyone in the industrial music scene until last year. A medical issue took him out in a very serious way that had many worried if he’d recover. After months in the hospital and rehabilitation, Levi has begun his long journey to recovery. With the help of friends and family, he got a start on things, but the medical bills have just gone through the roof, and he’s not done yet.

This event (originally scheduled for February 11, 2022 and slightly different lineup) is a collaboration between several individuals, businesses and sponsors. Chris Harris of Project .44 and CONFORMICO, is working with a team of others to get much needed financial assistance to Charles Levi. Harris and Levi have been friends and bandmates in the Chicago music scene for years and when Levi fell ill this past year, Harris stepped up to help.

In The Loop Magazine got a chance to catch up with Harris and learn a little more about, A Benefit For Charles Levi featuring Stabbing Westward, Combichrist, Chris Connelly & Martin Atkins plus a set & songs from Levi’s co-conspirators.

James Currie: What does Charles Levi mean to you personally besides being a bandmate? It seems that he must be pretty important to you to put on a benefit for him. Tell us a little about your history together.

JC: What is his current status? Is he out of the hospital?

CH: He is at a rehabilitation facility now, still under care, I’m not sure how much he wants me to share so I will let him do that… but coming from being in a coma for weeks to where he is at now has definitely been a journey.

JC: What has the reception from the artists you guys put together for this been like?

CH: Again, not just me,but anyone I have talked to that wants to help in any way they can…if they can’t perform they want to find a way to help.

JC: Does Charles have a tie to the bands playing this benefit? Is he doing well enough he might be there and actually perform with anyone?

CH: He has tie as friends to all involved and has played with most in some from over the years, it is very nice to see old school bands like Final Cut’s Srock and Haloblack’s Bryan Black figure out a way to be involved and play some of those tunes with a live band. I’m super excited to see that. And, if you asked Charles, he’ll tell you he’ll be performing with all the bands, but the hope is he at least able to attend.

JC: What can fans expect to experience at the live event on April 15th at the Metro? Bands? Merch? Special guest?

CH: I think it will be a special one time only experience,  performances you’ll never see again, community love and judging but what I hear working in the background… anything can happen.

JC: For those who can’t attend in person, will it be live streamed? Maybe a pay per view option or donation viewing?

CH: We’re working on this as a possibility if theres enough demand.

JC: What will the funds raised go towards? If someone can’t make it to this event, is there somewhere else they can donate to this cause?

CH: Charles has been under medical care since late October, even with some financial assistance the bills are just astronomical, his life has changed where he needs to be able to get better, with the right care, and the funds are going towards those bills and rehabilitation.

JC: How and why was Metro chosen to be the venue for this event? Is there a personal tie in to Joe Shanahan? Was it Charles favorite venue to play?

CH: Joe Shanahan has been friends with Charles for 35+ years, the building has so much history, I’m not sure it could or should happen at any other place.

In The Loop Magazine

Acting in the best interest of our most vulnerable communities, we are requiring all patrons to show proof of being fully vaccinated (with final dose administered no less than 14 days prior to date of arrival) and a government-issued photo ID at the door in order to attend this event. In addition, with the current CDPH ordinance, we require that all patrons are masked while enjoying events.

Please note that these policies are subject to change based on city and state guidelines.

We strongly encourage our customers to purchase tickets directly through Metro’s website. The validity of tickets purchased through a third-party seller is not guaranteed. Please use discretion when purchasing outside of Etix. Entrance into Metro is only guaranteed with a valid ticket.