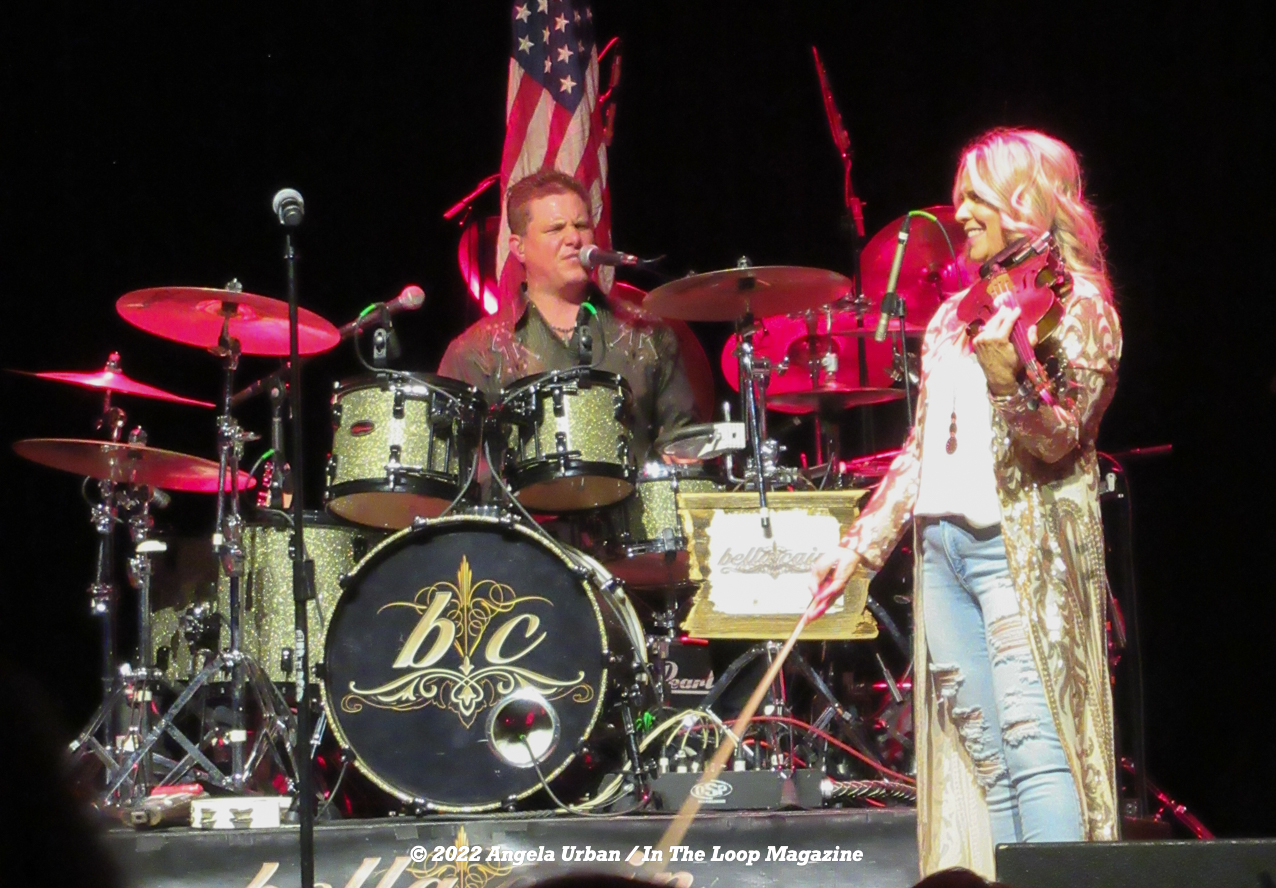 The Genesee Theatre was having a great time with Bella Cain as they performed as special guests with Sawyer Brown on January 27, 2022.

The group opened with Jackie Bueher on vocals for 9 to 5 from Dolly Parton, and moved onto Fred Krubel singing an awesome version of Ring of fire by Johnny Cash.

The crowd was on their feet for this romping good time band, who is a staple of Wisconsin, Indiana, Michigan and Illinois Music Industry entertainment.

When Jackie sang Shania Twain’s hit Feel Like a Woman, everyone in the audience was singing along and loving the horn section from Mike Clobes and Kevin Klemme, they followed it with Judson Brown singing a rousing rendition of Footloose.

Next up Patrick Murphy Performed Luke Bryan’s Country girl (Shake It For Me), them Bella Cain boys can shake it for the country ladies in the audience, Then is was onto Rob Harvey singing Charlie Daniels The Devil Went Down to Georgia, with a theatrical version of the Devil laying the fiddle on the ground.

The finale came too quickly, but it was the Alabama’s classic Mountain Music.

If you have not seen them live, it is a must see. click here