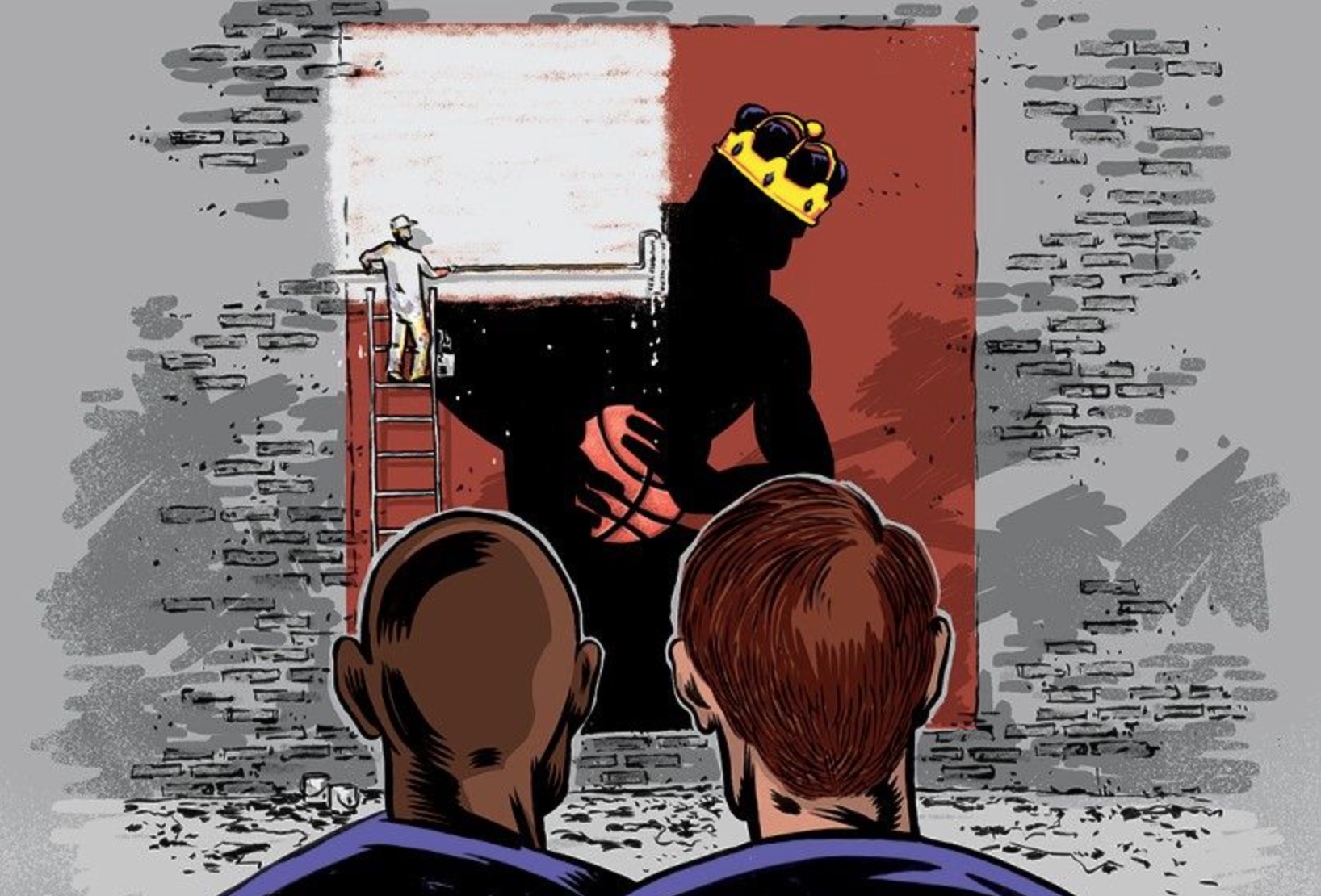 Mike Birbiglia: The Old Man and the Pool and

King James is the latest play from Cleveland native Rajiv Joseph, who burst onto the American theatre scene with Pulitzer Prize finalist Bengal Tiger at the Baghdad Zoo, which had its world premiere at the Kirk Douglas Theatre in 2009 before going on to Broadway in 2011—where Glenn Davis starred in the production alongside Robin Williams. Joseph and Davis formed a strong friendship and working partnership that grew from that production.

Playwright and ensemble member Rajiv Joseph shares, “I have always been interested in how sports intersects with our personal and spiritual lives. As a child, growing up in Cleveland, I had to manage a lot of heartbreak and disappointment brought on by the struggles of our local teams, but I still loved how sports brought people together, and how the shared love of a team or an athlete could foster connection and community. I started writing King James to explore those feelings, but, as I wrote it, I became fascinated by something else that I think I always knew, but had never put into words…which is that certain people (more often than not, young men) who struggle to express their feelings, are able to do so by talking about sports. Which is to say, the debates, arguments and impassioned pleas of rabid fans can often be decoded to reveal something deeper, that has nothing to do with sports.”

“I’m thrilled to return to the Steppenwolf stage for the first time in three years for King James,” says Artistic Director Glenn Davis. “Rajiv and I bonded during Bengal Tiger at the Baghdad Zoo on Broadway and have been close collaborators ever since. He is a master of the two-person play so when he came to me with the idea for this play, a funny and sincere meditation on friendship, I was compelled to say ‘yes’ instantly. I feel very fortunate to go on this journey with King James and I think Steppenwolf audiences are going to love this incredible and relatable new work by one of America’s premier writers.”

Steppenwolf is one of 70+ Chicagoland performing arts venues that have agreed upon COVID-19 vaccination and mask requirements for all audiences, artists and staff. For the most up-to-date policies at Steppenwolf, visit steppenwolf.org/welcomeback.

“King” LeBron James’s reign in Cleveland brings promise, prosperity and renewal to a city in desperate need of all three. It also brings together two unlikely friends in a bond forged by fandom. Told over 12 years (from LeBron’s rookie season to an NBA Championship), King James is an intimate exploration of the place that sports occupy in our lives and relationships.

Ensemble member Rajiv Joseph’s clever and fast-paced comedy traces the arcs of two friends whose turbulent relationship is best navigated through their shared love of basketball—and the endless amiable arguments that erupt from that love. All the while, the promise and burden of LeBron’s talent and legacy loom large.

Ticket information: Single tickets ($20 – $88) go on sale to the general public this Friday, January 28th at 12 p.m. Receive a great deal and get access to all four remaining shows of the season with the new 4-Play offer for $150 that also includes Mike Birbiglia: The Old Man and the Pool (April 28–May 22), ensemble member Tarell Alvin McCraney’s Choir Boy (June 16–July 24), and ensemble member Yasen Peyankov’s adaptation of Seagull, which opens Steppenwolf’s new in-the-round Ensemble Theater in Honor of Helen Zell this spring (April 28–June 12).

Steppenwolf Theatre Company’s trailblazing new 50,000 square foot theater building and education center, the Liz and Eric Lefkofsky Arts and Education Center, was designed by world-renowned architect Gordon Gill FAIA of Adrian Smith + Gordon Gill Architecture, with construction by Norcon. The centerpiece of the new Arts and Education Center is the new 400-seat in-the-round Ensemble Theater in Honor of Helen Zell—one of its kind in Chicago—with theater design and acoustics by Charcoalblue. The inaugural production in the Ensemble Theater will be ensemble member Yasen Peyankov’sextraordinarily funny and magical adaptation of Seagull, stacked with a cast of ensemble members (April 28–June 12, 2022).

King James is generously supported in part by PNC and the Elizabeth F. Cheney Foundation. United Airlines is the Official and Exclusive Airline of Steppenwolf. Steppenwolf is also grateful for the significant season support from the Ralla Klepak Foundation for Education in the Performing Arts, Northern Trust, Allstate Insurance Company, ComEd, JPMorgan Chase, PNC, and Vinci Restaurant.

Steppenwolf’s Mission: Steppenwolf strives to create thrilling, courageous and provocative art in a thoughtful and inclusive environment. We succeed when we disrupt your routine with experiences that spark curiosity, empathy and joy. We invite you to join our ensemble as we navigate, together, our complex world. steppenwolf.org, facebook.com/steppenwolftheatre, twitter.com/steppenwolfthtr and instagram.com/steppenwolfthtr.