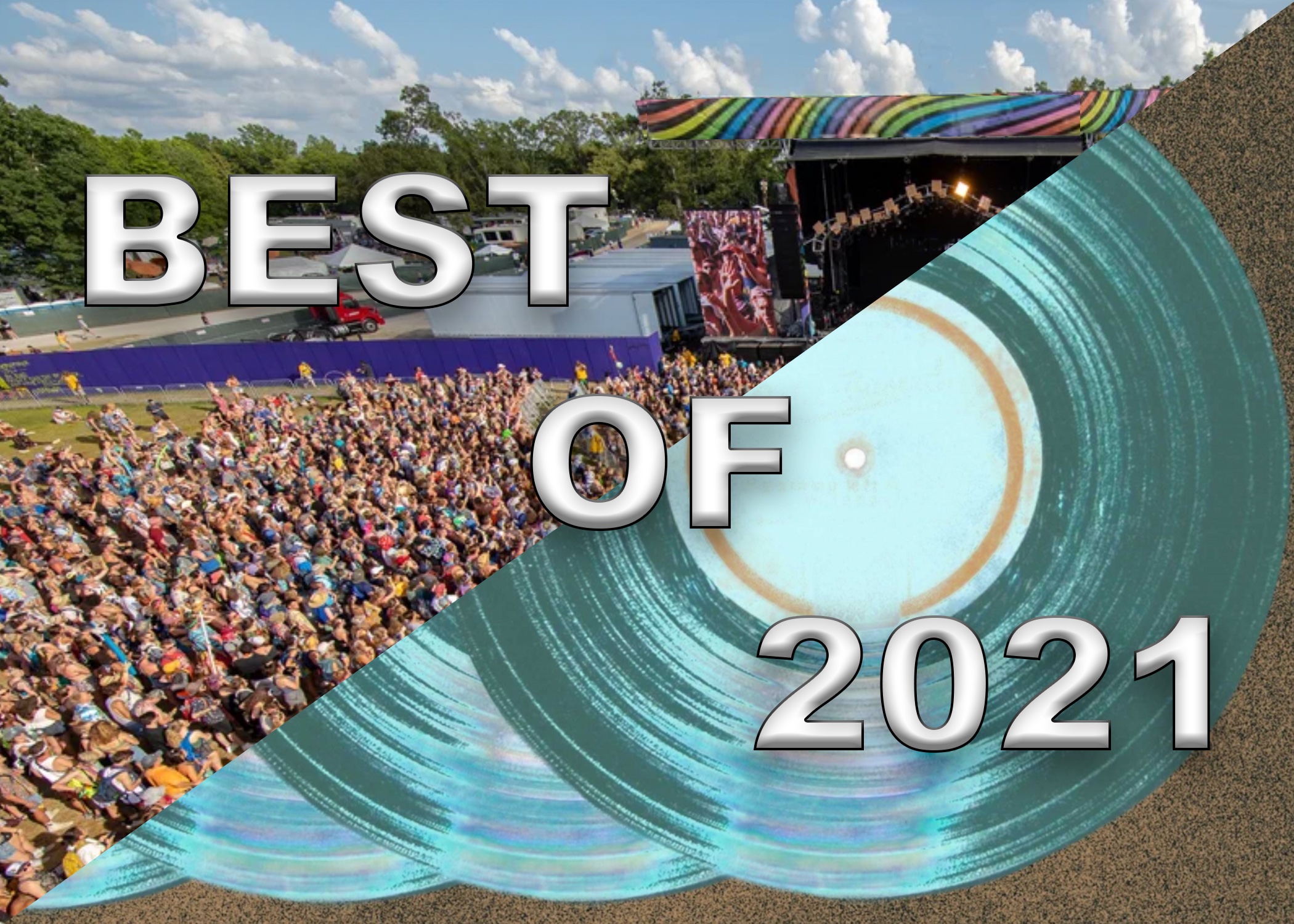 Each year, In The Loop Magazine‘s staff write up our favorites from the current years end. This year is no different. Though we’re still in a global pandemic, there were some highlights in the music scene that are worth noting. There were albums released that need to be talked about and shared. There were a few tours that actually happened. And a couple shows we could physically attend. Check out our staff picks of the best of music in 2021.

This year was another difficult and lack luster year for music as pre pandemic goes anyway. Not that there wasn’t anything good that came out of it, but just limited. Limited shows, limited releases and limited physical interactions that make the Chicago live music scene as glorious as it should be. Thankfully we didn’t shut down completely. We did get some festivals like Lollapalooza and Riot Fest, albeit, a slightly discombobulated, they still took place with fairly light repercussions or heavy waves of COVID-19 outbreaks. They didn’t turn out to be the super-spreaders many feared thanks to proper protocols put in place by festival organizers and cautious fans.

One of the good things about being in lock down (if there really are any) is that most musicians have studios in their homes and could write and release with somewhat ease. This included everyone from the top down. We got a new Beatles documentary with remixed songs and unreleased tracks. We got new music from bands who had big plans on anniversary tours and mega super outings who put those on hold and concentrated on making new music and getting it released. We got special edition vinyl releases, streaming concerts and video interviews. We got local favorites to collaborate and create new projects and EP’s. It wasn’t all that bad. Especially if it meant keeping everyone safe for the future.

Here are my favorite releases for 2021. Since I was home so much (as compared to traveling or attending shows every week), I got a chance to listen to things I normally might not have. A slow down that honestly was welcomed when all was said and done. I discovered a pretty big mix that I’m pretty excited about not only for new artists, but genres I now have a better appreciation for. Don’t get me wrong, I’m still a metalhead at heart, but this is probably the biggest mash up of genres to date ranging from Indie Pop to Post Punk to Dark Metal to R&B Funk.

Some artist were unusually quiet during the year and I would have to heard something from Lords of Acid, Slayer (RIP) or Jane’s Addiction, but here’s to 2022!

Special note: I am grateful for the last minute release from one of my favorite 90’s Psychedelic Brit-Pop Bands, Kula Shaker, as they put out a free holiday EP ‘Kula Christmas’. Along with this, a promise to release a full length album in the new year.

These are in no particular ranking order, just my alphabetized top 20 albums of 2021.

Concerts didn’t really start until mid year. June was the beginning of the festival and live events. They were limited and few and far between and had more often than not last minute schedule changes or cancellations due to COVID-19 with either band members, staff or cities coming down with the sickness or not following pandemic rules. There were more than a few that I wanted to see that got cancelled or post-poned like Ministry’s Industrial Strength Tour, Dead Can Dance and Warundra. Even the big festivals got hit with headliners cancelling making many question, why not just cancel it all and try again next year i.e. Riot Fest Nine Inch Nails, Faith No More and others. Most stayed away from the smaller clubs but huge outdoor festivals ran free. I limited myself as well, but these are a few of the stand outs for me, but pretty much any live show was a great show.

“I Found Grace Inside A Sound”

My best 2021 concert was beyond imagination. So great I saw it twice. Stewart Copeland’s Police Deranged For Orchestra. Saturday, September 11th, in collaboration with The Cleveland Orchestra, drummer, conductor, arranger and (even) guitarist, Stewart Copeland navigated the audience on a musical journey of rearranged Police songs. From a soundtrack of his 2006 DVD ‘Everyone Stares: The Police Inside and Out’ documentary. Copeland’s run and-gun 8mm films gave viewers a glimpse from his perch on-stage and on top of the world. Copeland arranged Police compositions for the soundtrack. A process he has labeled as derangements.

At times deranged songs unfold in a cacophony before settling into the familiar radio-friendly arrangements. This left me anticipating and guessing like a deadhead between jams. First on his drum kit, then at the conductor’s podium, and even played guitar on The Beds Too Big Without You. Stewart is animated, fun, engaging, and talented like a god amongst men.

Awe why not? I caught the concert again on December 2nd. This time with the distinct pleasure of attending The Milwaukee Symphony Orchestra’s newly renovated home. The inaugural season. This took the performance to another level in this ornate classical music venue.

As far as pure creative genius and reinvention goes, this is in the same ratified air as David Byrne’s American Utopia. Multiple dates are scheduled for Nashville. Check it out. https://www.stewartcopeland.net/716/events-and-tours

I didn’t get out to any shows this year, but I did listen to some great music and see some cool live stream concerts. These are my highlights of 2021.

Always a head scratcher year in / year out to try to whittle it down from so many choices. And seemingly, it seems with every passing year more and more releases come out in every genre imaginable, with so much music often being overlooked. Nevertheless, here’s what I played and listened to the most throughout 2021, in no descending order.