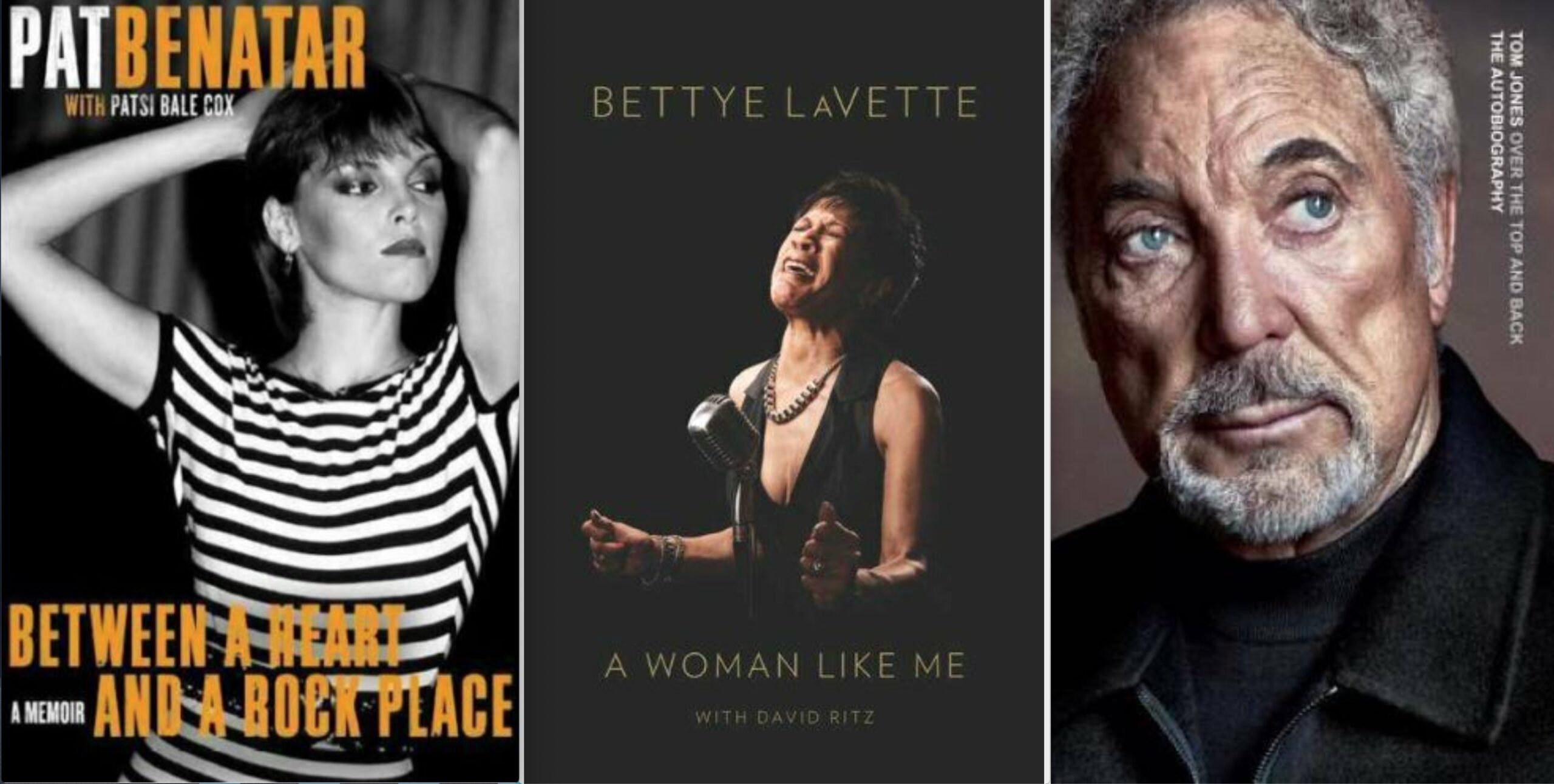 Now that we’re in the thick of the holiday crush [you know the drill; non-stop commercials about jolly shopping sprees, fake disco inspired Christmas trees, pumpkin spice lattes, and constant re-runs of ‘It’s A Wonderful Life’] we have come to expect a rush of big name-have-to-own rock star autobiographies designed to sell billions and help publishing houses recoup the obscene advances they gifted which ever star with at least a touch of gray at their temples. Granted, in the last decade we’ve had great books from great performers [among them Grace Jones, Keith Richards, Elton John, Patti Smith, Bruce Springsteen, a second one from Tina Turner, even the reclusive Bob Dylan] along with so-so books from great performers [Rod Stewart, Billy Idol, Chrissie Hynde, Eric Clapton]. Instead of focusing on the hugely hyped [and overpriced] volumes, we here at In The Loop decided to focus on a number of books by living legends whose tomes did not get the hype and may have slipped past the fans or curious observers. Granted none of these titles are new, but they are worth checking out for your pleasure [they all also have happy endings so your holiday cheer can remain bright].

This is the first of three installments.

1. Between A Heart and a Rock Place; A Memoir by Pat Benatar [2011, William Morrow and Co.]. Clearly the biggest surprise on my list and something of a sweet rarity. This is the story of one Patricia Mae Andrzejewski who booked from her nowhere bound job as a bank manager in Richmond Virginia and a stifling marriage to an Army sergeant to run away to New York and conquer the world with her voice. It sounds like a sappy 1940’s musical comedy but not only does Banatar’s memoir read as something hilarious and fresh [on her first day in Manhattan she got caught in a revolving door with Frank Sinatra…] it includes something most unexpected and refreshing…a genuine love story. As one of the first female platinum arena fillers in the world Banatar broke through glass ceilings, fought record company executives and their sexist projection of her, molded the just begun MTV into an image making machine [her scathing “You Better Run” video was the second clip to run on the network], while selling multiple millions of albums and singles while crafting her own musical and gender affirming path. What’s funny is that Banatar did not intend to re-write history, but she [and husband/musical partner Neil Geraldo] went ahead and did it anyway.

2. A Woman Like Me; A Memoir by Bettye LaVette with David Ritz [2013, Penguin Publishing]. On the very first page of this book, blues legend Bettye LaVette recounts being dangled over the side of a building by her pimp. This is the introduction to one of the most beguiling, intriguing, and unbelievable rock autobiographies about shattered dreams, the coldness of the music industry, missed opportunities, hard times, oodles of regret and a surprise happy ending that would be hard to believe if it were not true. After recording her first hardcore soul single at the age of 16 [“My Man, He’s a Loving Man”] LaVette was scooped up by soul powerhouse Atlantic Records [home of Ray Charles, Percy Sledge, Aretha Franklin, and producer Jerry Wexler], cut a legendary album under the supervision of label head Ahmet Ertegun, then watched him throw it in a vault and not release it. The album, hailed as a game changer by the few who heard it did not see the light of day until a pack of 1990’s hipsters had a listen and tracked LaVette down and signed her to their indie label. In the nearly forty years between that recording and her eventual signing, Detroit native LaVette got sidelined into menial jobs [and worse] while she watched her Motown and Atlantic friends ignore her while they reached unheard heights in their music careers. If you’ve ever heard her, you would understand why they would not help her; LaVette’s voice has a hardened lived-in tone that transcends soul/blues into something almost unreal in its gravity and power. An earth-bound gospel-tinged voice like Franklin’s or a pop/soul voice like The Temptation’s David Ruffin can’t stand up to LaVette’s relatively recent recordings [the video of Pete Townsend reacting to her version of “Love Reigh Over Me” at a Lincoln Center concert is classic]. Still, if her music was worth the decades it took to commit it to tape, her story is just as impressive. The book and the lady are a knock out.

3. Over the Top and Back Again; The Autobiography of Tom Jones [2015, Penguin Publishing.] The second biggest surprise on this list. This is the surprising saga of the boy from Glamorgan, Wales who set the world on fire with his pelvic thrusts, booming voice, and nut crunching formal slacks. Like many of my generation I assumed Jones to be the epitome of aging suburban cheesy flash, but his story, as told in his words reveals him to be far more than what a first impression might afford. The endurance of his early hits “It’s Not Unusual” and “What’s New Pussy Cat” may have pegged him as a 1960’s pop star, but the book reminds us that Jones has wrapped his hearty testosterone basted baritone around R & B, country, gospel, and soul for damn near fifty years while giving as well as he got (check out the video clips from his early 70’s television show which had him duetting with Ray Charles, Stevie Wonder, Johnny Cash, Wilson Pickett, Aretha Franklin, and Ella Fitzgerald). Better still Jones’ journey through decades of fame starts with the British Invasion [he was in the first wave], his crashing onto American radio, a stretch through Vegas, a downturn in popularity, and more comebacks than anyone could expect [his cover of Prince’s “”Kiss” with The Art of Noise, and of course, “Sex Bomb”]. Granted Over the Top does not include all the dirt [the many storied romances he indulged in with women like Mary Wilson of The Supremes or tv host Charlotte Laws while he was married or the protracted legal battles over ownership of his television show. And there are omissions that I personally regret like his appearance in Tim Burton’s Mars Attacks!] but there are plenty of ribald and highly amusing anecdotes [his story about getting pelted with dripping wet panties during his live performances is a hoot], intriguing reminiscences [one of his best friends was Elvis, Paul McCartney approached him with a then unrecorded song called “The Long and Winding Road” which Jones turned down.], and memories looking back that make this an exceptionally satisfying read. I hate to admit it, but Over the Top and Back Again is, apart from Jones’ sensational career [he has sold over 100 million records, become a member of the OBE, and been knighted by The Queen of England], a stirring accomplishment.

Third Times A Charm? The Latest Retelling Of The Beatles Farewell Movie, The Beatles: Get Back, Touches On Comparisons, Hits And Misses Photo Gallery: Tristen @ Schuba's