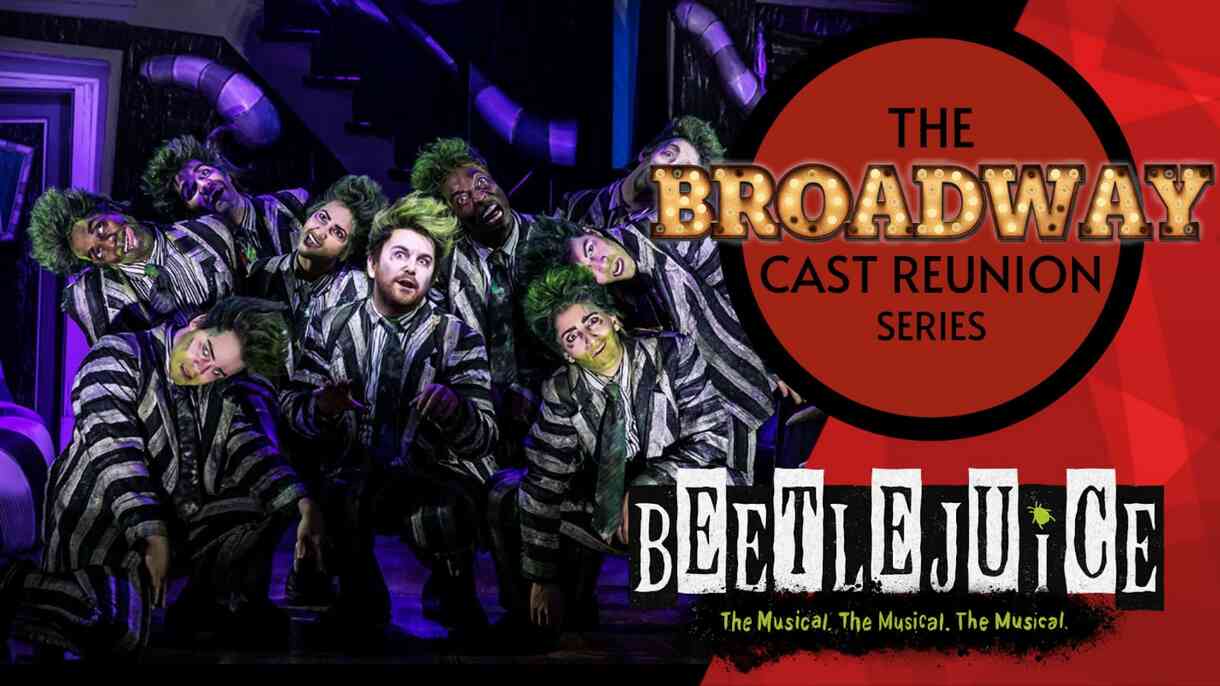 From the Event Organizer

Meet the original Broadway stars of the Tony-nominated musical Beetlejuice. He’s back … and deader than ever! Beetlejuice is returning to Broadway and haunting a brand new house. Based on Tim Burton’s dearly beloved film, this hilarious musical tells the story of Lydia Deetz, a strange and unusual teenager whose whole life changes when she meets a recently deceased couple and a demon with a thing for stripes.With an irreverent book, an astonishing set, and a score that’s out of this Netherworld, Beetlejuice is “SCREAMINGLY GOOD FUN!” (Variety). And under its uproarious surface (six feet under, to be exact), it’s a remarkably touching show about family, love, and making the most of every Day-O! The Broadway Cast Reunion Series gives audiences a chance to do what they may never have done before: visit “backstage” with the cast and hear personal, hilarious, unscripted stories and gossip – as the casts really let their hair down. Viewers can even ask questions via the chat feature!

Additional fees may apply. For events with a discounted price, no coupon or promo code is necessary to purchase tickets.