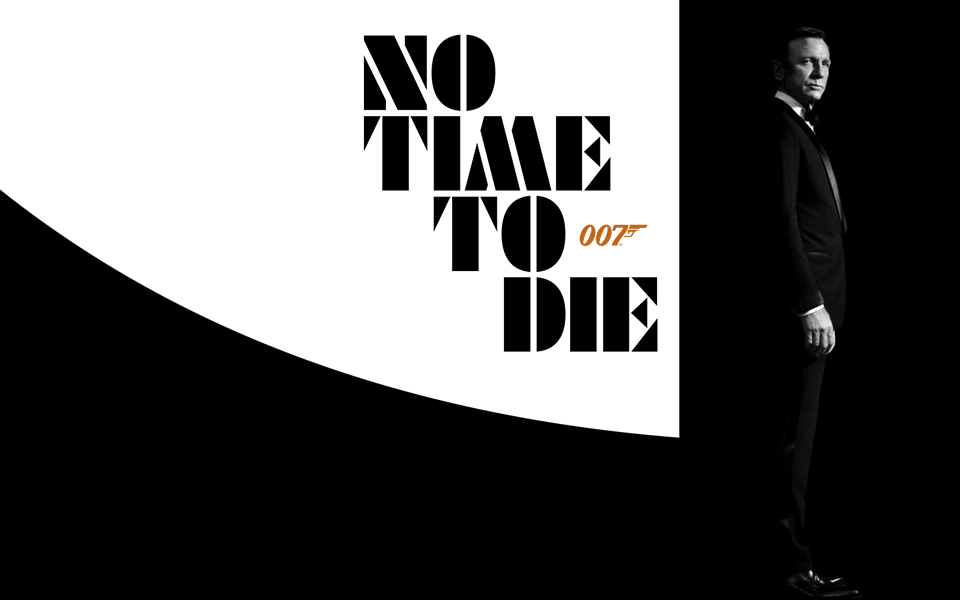 The new No Time to Die has been called “different” by audiences who expected the usual in the long running James Bond film series, and different it certainly is. What sets it apart from the other 24 films in the canon is the absence of familiar trademarks [Monty Norman’s “James Bond Theme” is used sparingly, the traditional pre-credits sequence is a lengthy set piece clocking in at close to 25 minutes, there are 3 Bond women all of whom don’t need saving by 007,  2 arch villains, and a convoluted plot unlike any other.], a pronounced sense of mortality, and a light mist of melancholy that seems to hang over the movie. For fans who paid close attention to all of the Daniel Craig Bonds, particularly Skyfall [2012], No Time to Die, through to its very satisfying conclusion is the 007 for this era. Issues of doubt, a farewell to old friends and the established order [a major theme in Skyfall], and trust play heavily this time around…much like headlines flooding the press these days.

To be fair, this new gravity started the moment Craig put on his shoulder holster in 2006’s Casino Royale. The film opened with an atypical fist fight in a public lavatory that was intensely brutal and violent for a Bond film. That scene served to alert the audience that this was not only a new Bond but a Bond movie with a new attitude; you couldn’t expect Roger Moore to beat his assailant to a pulp and end up with blood on his hands with a straight face, now could you? Better still, in this very intelligent reboot, Bond had yet to become a double 0 [which signifies a license to kill], and his boss, M [played by an agreeably tart Dame Judi Dench] called him a “blunt instrument.” This adaptation of Ian Fleming’s first book from 1953 was also one of the finest re-moldings of Bond in the entire film series [the only other Bond films with such a faithful script to the books were From Russia With Love, Goldfinger, and On Her Majesty’s Secret Service] and got into who the man actually was. Bond loses the girl in Casino Royale while replacing his innocence and naivete with a thick layer of ice which is only thawed two movies later at the conclusion of Skyfall as he cradles the dead M in his arms.

To be fair, this new definition of Bond is owed entirely to Craig. He does not fit Fleming’s physical description of Bond at all [he was tall, and “good looking in a dark and rather cruel way…,” according to Vivienne Michel’s, the heroine of the book The Spy Who Loved Me] and he had to win fans over [I was disappointed that Clive Owen didn’t get the role but relieved that Bryan Ferry didn’t get it either.]. Despite his average height and blond locks Craig has aged agreeably, unlike the often-celebrated Bond of Sean Connery. Connery’s Bond showed signs of wear and tear in Thunderball [that toupee!!!!] and bloat in 1967’s You Only Live Twice. Fans and critics bitched about George Lazenby in On Her Majesty’s Secret Service, but no one has owned up to the fact that Connery would not have been believable in the movie. What Lazenby had Craig also has, a hard physicality that is closer to a street brawler than a gentleman secret agent. Craig’s advantage as an actor easily made him believable as both and possibly a better Bond than Connery.

After the film’s elongated opening [it’s important so be on time…] we find Bond five years into his retirement and enjoying his solitude and peace. Of course, that doesn’t last long as he is forced into a convoluted scenario involving a missing DNA focused bio-weapon, SPECTRE, the CIA, MI6, a mysterious woman who goes by “007,” a shadowy new villain [Rami Malek], a strangely handsome assassin with an annoyingly correct metrosexual haircut and a glass eye, Blofeld [Chris Waltz], and a flaky bio-chemist who seems uninterested in the knowledge that his creation could kill millions…horribly. M [Ralph Fiennes] is, for lack of a better word, thoroughly pissed that Bond becomes involved and is not exactly happy to see him back. And then there’s that old girlfriend from years ago…

But enough about that plot since that is not the focus here. The two major components of No Time to Die are the usual Bond tropes [lots and lots of cool looking stuff; exotic locations, stunning sets, hot babes…female and male, exquisite taste and luxury, colorful and loud excellent explosions and exceptional action set pieces] and that unusual melancholy. The movie tops the previous installments by adding degrees of reality and gravity while making some of Craig/Bond’s stunts seem totally believable for a 53-year-old. Yes, Craig gets into many fist fights and gun battles but he has such a grip on the character’s physicality that you can go along with it in a way you couldn’t in Bruce Willis’ last Die Hard romp. At the outset there is a great car chase above and through the Acropolis in Greece involving that legendary Astin Martin, a daring high-rise heist, a wild shoot out in a nightclub in Cuba involving two of Bond’s new femme fatales [Indiana Jones take note.], and a protracted gun battle/chase at the finish. None of these are “new” in that we haven’t seen them before in countless movies, but they are done so well and with such drive and wit that they seem totally new and original.

What really lingers here is that melancholy and where its leading. A big clue comes with Hans Zimmer’s music, which at certain points borrows from John Barry’s score from On Her Majesty’s Secret Service. In particular the song, “We Have All the Time in the World,”* which featured in the only romantic interlude in a Bond film and is a memorable line from Fleming’s novel. If you know who said it and why, it reveals that this Bond could never be a regular guy living a regular life and the moment it popped up in this movie I knew how the film would end. Billie Eilish offers the sparse, hushed main title song, but it’s hardly as revealing or intense [or memorable] as Adele’s confessional “Skyfall” or as adventurous as Paul McCartney’s “Live and Let Die.” Alas the song, as is Malek’s villain is a bit of a disappointment [Malek, who has shown himself to be a fine actor is quietly creepy and perverted enough, it’s just that the script does not give him a clear motive for his actions in the second half of the film.]

Still, if you pay attention, you can see where the dominos will fall in No Time to Die, but that’s not such a bad thing [I saw the film with a friend and we both loved it despite knowing the ending.]. It feels like the producers are wrapping the series up after five and a half decades and putting a bow on top. There’s a scene at MI6 where in the background, we see portraits of Dame Dench and Robert Brown[who played M in The Living Daylights], and we also finally find out that Q [Ben Wishaw] is queer and a great cook. We also witness the end of Bond’s best friend in the books and films, and the demise of the Astin Martin. Then there is the welcome addition of those new Bond women; a CIA operative [a slightly ditsy but incredibly capable Ana Celia de Armas Cuso], Bond’s replacement [a brisque Lashana Rasheda Lynch], and the only romantic female hold over from a previous Bond film [the luscious and lethal Lea Helene Seydoux-Fournier Clasuses]. That they are all stunning, highly intelligent, sexy, and independent reveals just how far the Bond films have come in the presence of Craig.

There is an awful lot to enjoy here though after it was all over No Time to Die didn’t make me feel like i had watched a Bond film. In fact, I felt a little sad, as if a good friend had died. I couldn’t take that feeling seriously since Daniel Craig was on Jimmy Fallen’s show earlier this evening, so i knew a real flesh and blood person had not died. Perhaps as a joke after the end credits scroll a familiar sentence popped on the screen: “James Bond will Return.”

*”We Have All the Time in the World” was, in the film, sung by Louis Armstrong and was one of the last recordings that he performed on before his death in 1971 [he was too weak to play his trumpet on the recording]. In the United Kingdom, the song which was always a favorite, was re-released as a single in 1994 and reached #2 on the pop music charts. The song has been covered by, among others The Specials, Iggy Pop, and My Bloody Valentine, and according to a BBC survey, is the third most popular love song at weddings.