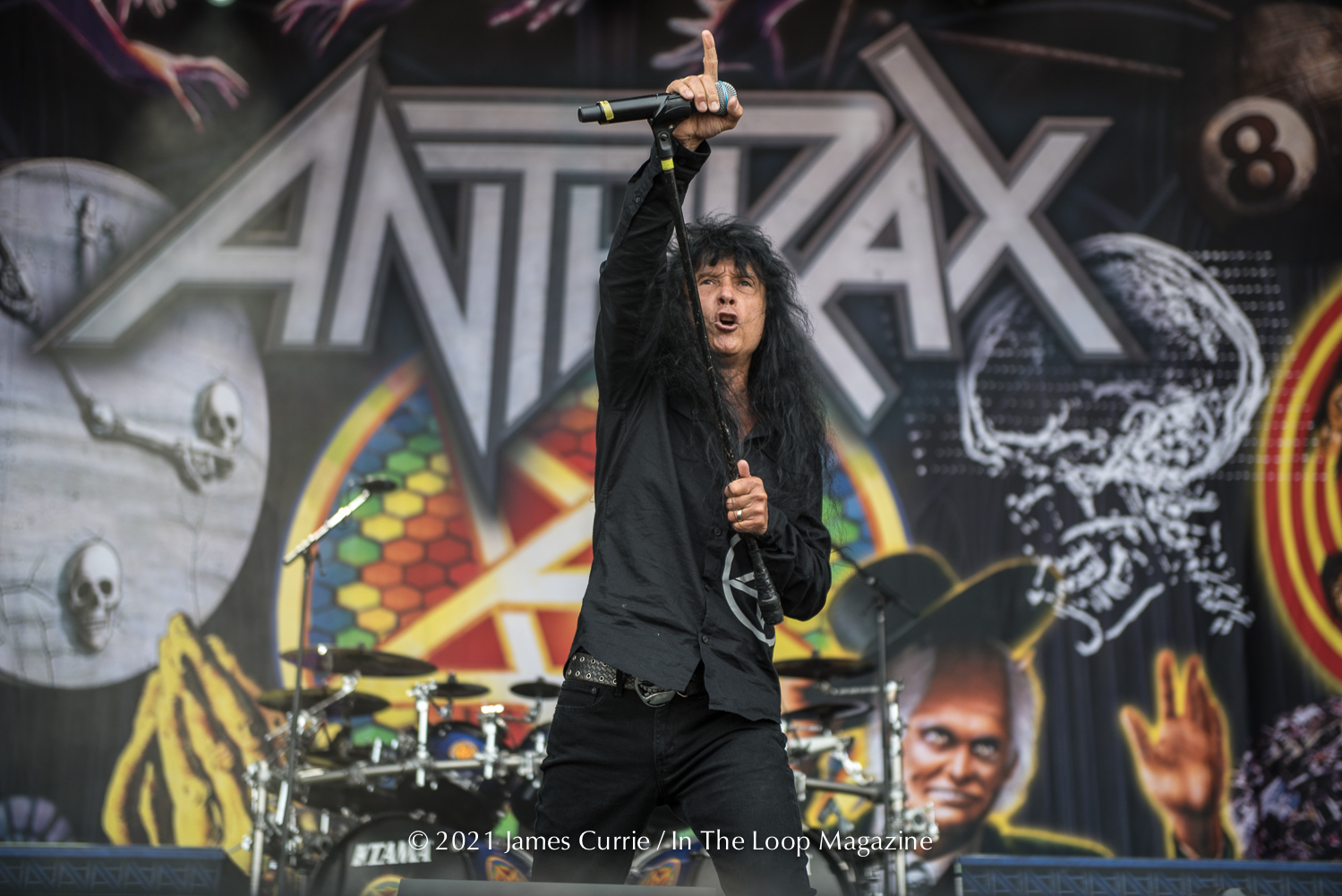 As stacked festival lineups go, the final day of Riot Fest 2021 was one to beat for the ages, loaded with heavy hitters of all styles.

The day kicked off early with Pet Symmetry, a Chicago-based trio whose stark aesthetic (white shirts with black and silver guitars) belied the brightness of their sound and singalong hooks. Supporting their brand new album Future Suits (released in August on Storm Chaser Records), the self-proclaimed band from the future ran through a punchy set of tunes that balanced clever lyrics with an attitude that didn’t take itself too seriously. Having released a steady stream of tunes since 2012, Pet Symmetry may have flown under your Chicago music radar, but their time has come.

Right on their heels was another Chicago outfit: three-piece art-punkers FACS. An exercise in experimental riffs over spoken words and angular melodies, guitarist/vocalist Brian Case (formerly of the beloved Disappears) cut a commanding figure. There were echoes of early Bauhaus or Television, but that isn’t to say that FACS’ sound is derivative – far from it, as their new album Present Tense offers a strong representation of the band’s live sound.

It was a day for experimentation, as noise-rockers Health (another trio in a record day for trios?) led the afternoon. Equally hard to pin down, Health were an atmospheric, ambient oasis in an afternoon otherwise loaded with rock; tackling a mostly hidden board of effects, bassist/effects guru John Famiglietti offered a continually surprising waves of melodic noise to accompany singer/guitarist’s Jake Duszik’s haunting, ethereal vocals, which were as much as instrument as anything else, blending in with a nuance that called to mind early shoe-gaze and instrumental ‘90s outfit Hovercraft. Fresh off a collaboration with Nine Inch Nails, Health may finally be on the cusp of a wider audience – their new album Disco4: Part II will be one to watch, and their live show shouldn’t be missed.

In spite of pandemic disruption, thrash metal titans Anthrax have had quite a year already, celebrating forty years with live streams, documentaries, and a clear and urgent need to be back onstage if Sunday’s set was any indication. Anthrax is one of those metal bands who is incapable of a bad performance, or even a mediocre one – their level of energy remains as high as ever, with vocalist Joey Belladonna, bassist Frank Bello, and guitarist Scott Ian continually whirling, pithing and storming the stage as though caught in a tornado…or a mosh. (Sorry, had to.) With a 40th anniversary tour planned for next year, fans of Anthrax have a lot to celebrate, and celebrate they did during the band’s hour-long set that hit on most of the classics, from deeper cuts like “A.I.R.” to set closer and mosh pit fav “Indians.”

What can a person say about DEVO that hasn’t already been said? Their name, look, and tunes are unmistakable – and, as they proved on Sunday, as relevant as ever. The band’s oddball blend of pop, punk, new wave and electronica (before electronica was a thing) was always ahead of its time, and the social commentary in tunes like “Peek-A-Boo” and “Freedom of Choice” (both highlights of their set) was on par with the band’s playful approach to image and commercialism. The energy domes were on plentiful display, and crowd singalongs during “Girl U Want” and (of course) “Whip It” gave one pause to consider what year it was – DEVO’s unique blend of visionary pop is now officially as timeless as it gets.

The Flaming Lips offered an unusually subdued performance in spite of the presence of a giant pink robot and Wayne Coyne delivering typically passionate renditions of hits like “Race for the Prize” and “Do You Realize?” from his signature plastic bubble (which feels weird to say, but I know you know what I mean). Coyne remains one of rock’s most glorious contradictions—transparent in his joy and sentiment but artistically unpredictable and mysterious—and before the Lips’ set, he delivered a heartfelt speech about the state of Oklahoma’s Covid progress—a grim diagnosis that led the Lips’ to abandon some of their usual theater (leaving one to wonder a bit why they would employ the bubble at all, if not to walk across the crowd as has become tradition) and presented a slightly awkward sidestep to the day’s festivities. But, for the faithful, when the giant FUCK YEAH RIOT FEST balloon made its appearance, it was impossible to feel bad.

From brightness to savagery, Slipknot closed Riot Fest 2021 with a long overdue return to Chicago proper, showcasing highlights from their most recent album We Are Not Your Kind as well as debuting (on this tour, at least) frontman Corey Taylor’s nightmarish new mask.

“Goddamn, as good as it is to be back on tour, it’s even better to be back in the midwest where all of this fucking started,” roared Taylor a few songs in, and no one could disagree with that. Spanning 20+ years with a concise but brain-crushing setlist, the band offered Chicago its first taste of “Nero Forte,” their most recent single, along with some choice deep cuts like “Disasterpiece” and “Eyeless.” Drummer Jay Weinberg has more than come into his own since his arrival in 2013, and Taylor shows no signs of slowing down as one of the most vibrant and energetic frontmen in all of rock and metal. Entertaining one of the biggest crowds of the weekend, Slipknot are perhaps the embodiment of the Riot Fest spirit—a band that, despite considerable odds, has risen to a level of success that few bands will ever see, and all based upon an aesthetic and approach that is uniquely their own.