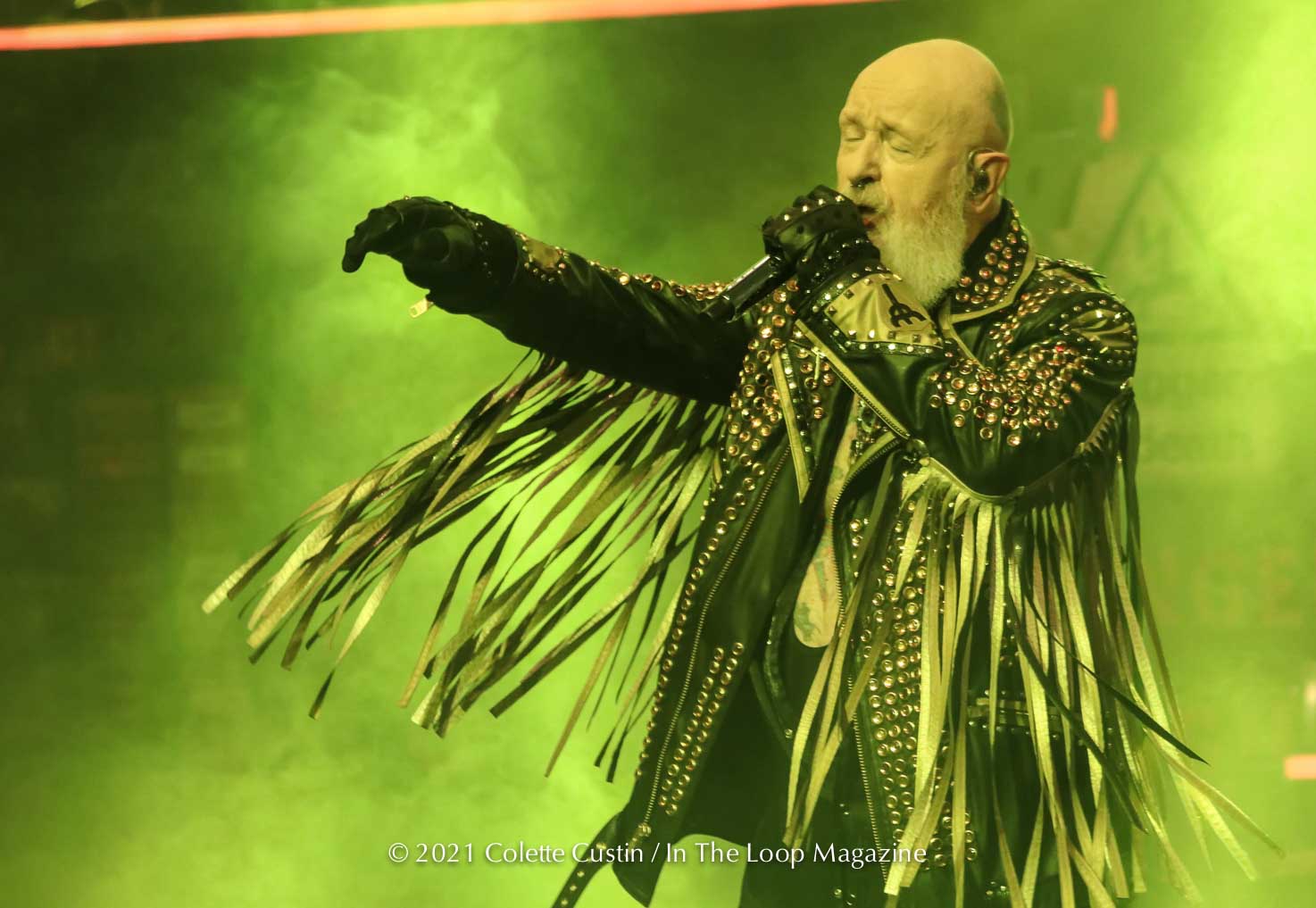 “Good evening, Chicago…the Priest is back!”

Sweeter words have never been spoken as Judas Priest’s long-delayed 50th anniversary tour finally arrived in North America – and Monday’s show at the Rosemont Theater continued to raise the bar for a band that delivers one of the most predictably excellent shows in all of rock and metal.

Fifty years would be a towering achievement for anyone—but for a band, it’s nearly unheard of. As such, Priest really has nothing left to prove to the faithful, though their performance suggested otherwise. Guitarist Richie “Falcon” Faulkner cuts the figure of the quintessential metal guitarist, and his chops are stronger than ever, trading leads with guitarist Andy Sneap through the epic, rarely played “A Touch of Evil” and skull crushing set closer “Painkiller,” while original bassist Ian Hill and drummer Scott Travis offer one of the tightest rhythm sections in hard rock.

And then there’s Rob Halford. His vocal stylings are as impressive as ever, letting his trademark falsetto attack the crescendos of “Blood Red Skies” from 1988’s Ram It Down and the epic “Victim of Changes,” a live favorite for many decades. As has been the medicine on the last few Priest tours, the setlist was full of welcome surprises—this particular tour has seen the live debut of opener “One Shot at Glory,” a song whose time on the stage has been long overdue. Combine that with “Rocka Rolla” (not played on tour since 1976), “Hell Patrol” which hasn’t been seen live since 2005), and some token classics, and you had a ninety-minute tour de force the likes of which no other band can deliver.

The metal community is known for being loyal and tightly knit, and as the night drew to a close with a call-and-response “Living After Midnight,” Halford nodded, grinned, and threw horns as he stalked the stage back and forth. “The metal community is what gives us purpose,” he noted at one point. “Take care of each other.” Wise words from an artist who has seen more years on the heavy metal stage than most others could ever hope to.

One Shot at Glory

You’ve Got Another Thing Comin’

A Touch of Evil