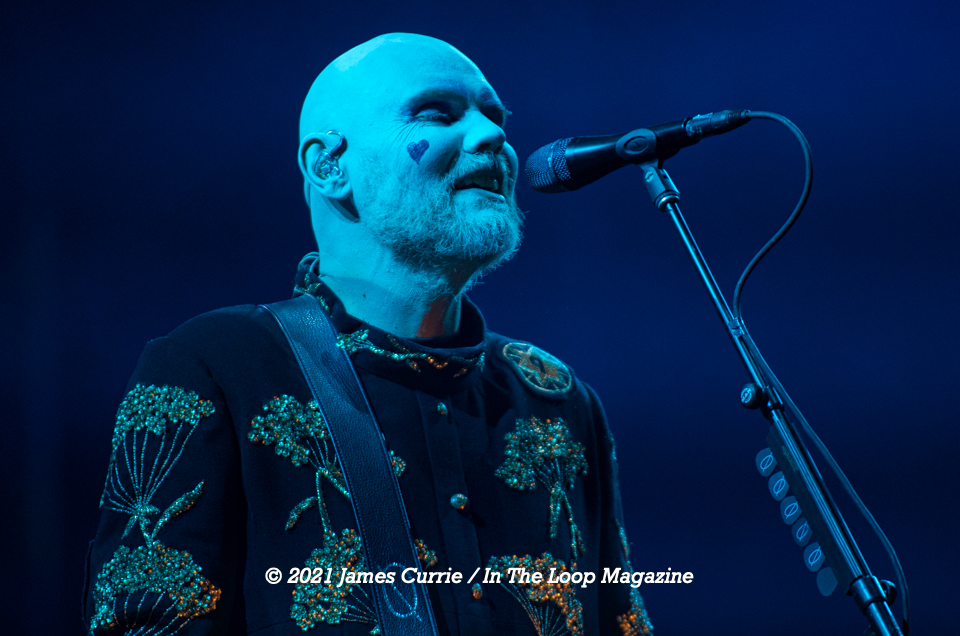 Holy hell, it finally happened. After pandemics, political unrest, and eighteen months of mind-numbing uncertainty in the concert industry, Riot Fest has returned. Friday kicked off with one of the most underrated bands of the weekend: Swedish new wave-popsters The Sounds, and apparently, no one told them they weren’t headlining, as they hit on all cylinders with “Song With A Mission” from 2006’s Dying to Say This to You, with vocalist Maja Ivarsson cutting the figure of a straight-up rock star, dragging a cigarette in a leather jacket before leading the quintet through a near-hour of constant hooks. The Sounds’ shift toward a more electro-pop vibe over their last few records wasn’t as present during Friday’s set, as the band focused on more guitar-heavy tunes like the anthemic “No One Sleeps When I’m Awake” and set closer “Hope You’re Happy Now.”

Continuing the trend of full-album sets, the alt-rock melting pot known as Fishbone delivered 1991’s The Reality of My Surroundings in its entirety to a crowd that proved the band’s chops time and again over the course of their hour-long set. Fishbone have always been a hodgepodge of styles—from jazz to funk to punk to rock—and Surroundings was the right album at the right time, shoving Fishbone (who had already spent over a decade hard at work) into the spotlight during the dawning days of alt-rock’s commercial boom. The band’s set on Friday showed just how well the music has aged and what a strong vision the band have—both then and now.

The return of Motion City Soundtrack was welcome indeed after the band’s emergence from hiatus in 2020 was temporarily thwarted by Covid, and the band’s eleven-song set dipped into a few cuts from their 2003 debut I Am the Movie before leaning into five tracks from their classic Commit This To Memory. Taking the stage to a backdrop that said YOU KNOW WHO THE FUCK WE ARE (future album title?), Motion City’s hour was a masterclass in the style of emo/pop-punk they helped to define throughout the 2000s. Vocalist/guitarist Justin Pierre was in top form, and the size of the band’s crowd more than acknowledged that their return to form was much desired—let’s hope there’s a new album on deck!

In the thick of their own musical renaissance, Chicago legends The Smashing Pumpkins delivered a twenty song set that shifted seamlessly from old to new. Billy Corgan—along with guitarists James Iha and Jeff Schroeder, bassist Jack Bates and drummer Jimmy Chamberlin—stalked the stage, abandoning his guitar for a few choice cuts (the crunchy “Wyttch” being the frontrunner) from the band’s new album Cyr (an exercise in the kind of moody new wave that the band started out playing in their earliest days, bringing the whole thing in a weird, full circle), which fit in nicely with live rarities like “Crush” and “Quiet” (from 1991’s Gish and 1993’s Siamese Dream, respectively). There were numerous surprises in the Pumpkins’ set, as there always are—being a dedicated TSP fan has always been rewarding from a live perspective—but the surprise appearance by Meg Myers’ for vocal duties on the band’s electro-classic “Eye” took things to another level, and set closer “United States,” an underrated gem from the equally underrated 2007 album Zeitgeist, blew whatever minds were left intact by the end of Riot’s second day of 2021.

“Now, James,” Corgan smiled at one point, “you know I’m an arty fuck. And this is the point at which I might choose to play something weird. So should we play something weird, or should we play a classic?” The joke became clear as Corgan and Iha delivered an acoustic version of “Tonight, Tonight,” surely one of the finest songs ever written about Chicago. And when Corgan sang of ‘our city by the lake,’ it was impossible not to smile. Classic, indeed—which could sum up the entirety of Riot’s second day.