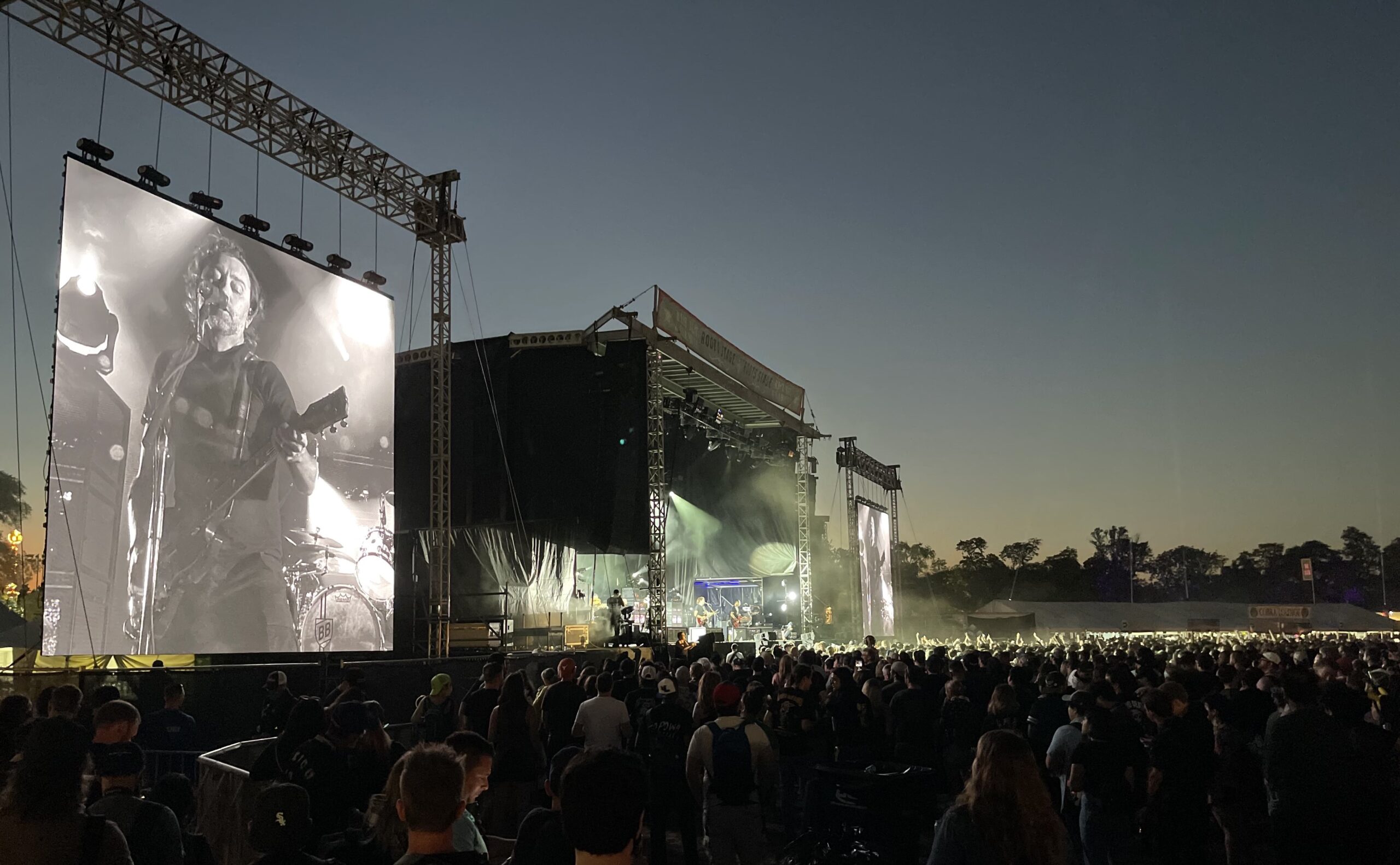 Saturday’s highlights made for perhaps the most Riot Fest of all Riot Fests, with plenty of good vibes, punk rock, and copious amounts of blood. Fake blood, of course, as sci-fi barbarians GWAR took the Radical stage by force and left it nice and sticky for everyone that followed. Introduced by a grinning “Joe Biden”—who was prompted beheaded by a ‘Taliban’ warrior, who was, in turn, skinned alive—the notorious six-piece group of costumed madmen (and women!) tore through a set heavily peppered with selections from 1990’s Scumdogs of the Universe. “Vlad the Impaler,” “Sick of You,” and “Horror of Yig” made for crunchy, crowd-surfing fare as grotesque groupies were tortured and phallic alien—ahem—‘cannons’ sprayed the crowd with red, green, and black sludge. What more can you want from a GWAR set than to be baptized in…whatever it is coming out of those cannons?

The sleeper set of the day belonged to Minneapolis indie rockers Night Moves, who have displayed tremendous grasp of song craft over just three records. Pinning down a style for the quartet would be next to impossible, and their mix of bright pop and melancholy psychedelia fit the afternoon mood perfectly. Vocalist/guitartist John Pelant’s melodic croon comes across at times like a more heartfelt Richard Ashcroft, and the falsetto hooks of tunes like “Carl Sagan” and “Border On Border” sounded flawless going from record to stage. If you don’t have their records yet, go buy them.

Immediately. New York emo-punk rockers Bayside found a massive afternoon crowd at the Rise stage, and even in the midst of a national tour with Senses Fail, Hawthorne Heights, and The Bombpops, no energy was spared as vocalist Anthony Raneri led call-and-responses under the hot midday sun. Barely touching their 2019 album Interrobang (though single “Prayers” with its savage, serpentine riffs and “Numb” both came off great), the foursome gave everyone a robust taste of what to expect from their current headlining tour.

Though forced to call off their 20th anniversary tour last year due to Covid, the band was clearly ready to make up for lost time, and opener “Already Gone” set the tone for a jam-packed set right out of the gate. A late addition to this year’s fest and fresh off a Northerly Island headlining set, Chicago’s Rise Against brought their unique and emotive blend of rock angst to the Roots stage as night fell, and their sixteen-song set delivered from top to bottom.

Rise Against stand alone in terms of their approach to classic punk and rock tropes, and opener “The Numbers” set the crowd’s fuse in a matter of seconds. “The Violence,” “Savior,” and a cover of CCR’s “Fortunate Son” were highlights, and new single “Nowhere Generation” offered a monster, singalong hook that called to mind, if briefly, the lyricism of Springsteen with the brightness of U2 or Blink 182. “We are so proud to be here with so many other great Chicago bands,” noted frontman Tim Mcllrath at one point, name-checking the roster of Chicago talent on display this weekend.

And, given all that’s happened since the last Riot Fest, who isn’t?