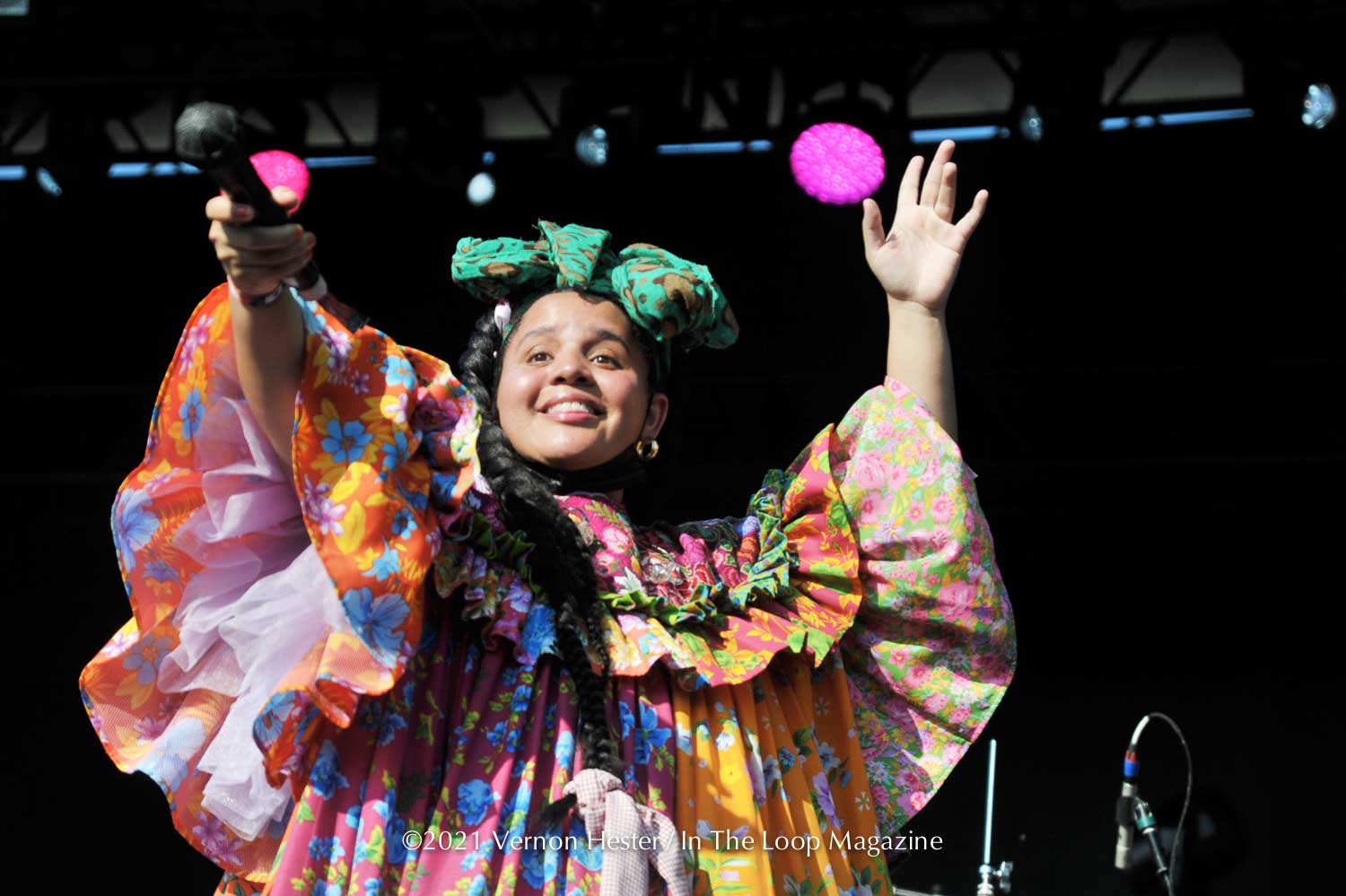 August 22 started with far more than the proverbial bang with growling metal rockers El Shirota who tore into a brutal set that seemed to complement the ninety-degree heat and humidity. If the sound of the band felt like slabs  of savagery piled on top of itself, front man Alsonso Salamandra’s distinct bark was so intense you could think that he could skin a shark with his bare teeth (seeing him yowl in mid note tempted me to try and flip quarters into his mouth). The trio Siddhartha oozed a certain snaky vibe topped with clarion vocals and the effect was bracing in a surprisingly pleasant way.

Lido Pimienta sailed onstage in a massively ornamental full dress with oversized ribbons and long intricate braids and delivered a set of alternately lyrical and near operatic vocals which seemed steeped in tradition rather than current pop. Coming after all the shrieking and tempered precision of the day’s first two bands, Pimienta’s set was the wild card here. Though I had the schedule right in front of me, I didn’t know what to expect next.

Alternative funksters Diamante Electrico dove right into a knee-deep groove while vocalist Juan Galeano gave the songs a heady sheen of pure blue-eyed soul. Amber Lucid came out next and turned the festival on its head with a spare set which featured her lilting, elegant vocals on a set of songs of high drama. She came away as one of the finds of the festival.

By the last two slots crowds were waiting patiently and the sight of thousands of people standing so dutifully reminded me of the sight of hordes of elementary school students waiting to march into an assembly. Straight up rockers Little Jesus rewarded them with a set of muscular and cohesive rock which had the SRO crowd bopping up and down in unison. Then came Cafe Tacvuba, the much loved, decades spanning mega-band that has parlayed their appeal into a cultural event (Several years ago they daringly headlined A Taste of Chicago and had the audacity to sell out the show. That year no other headliner came close to attracting the crowds they did.). Without the costumes but shrouded in severe lighting, Ruben Issac Ortega and Jose Alfredo Arroyo sang their hearts out while the band whipped through a set of their hits. The crowd went apeshit for the entire set.