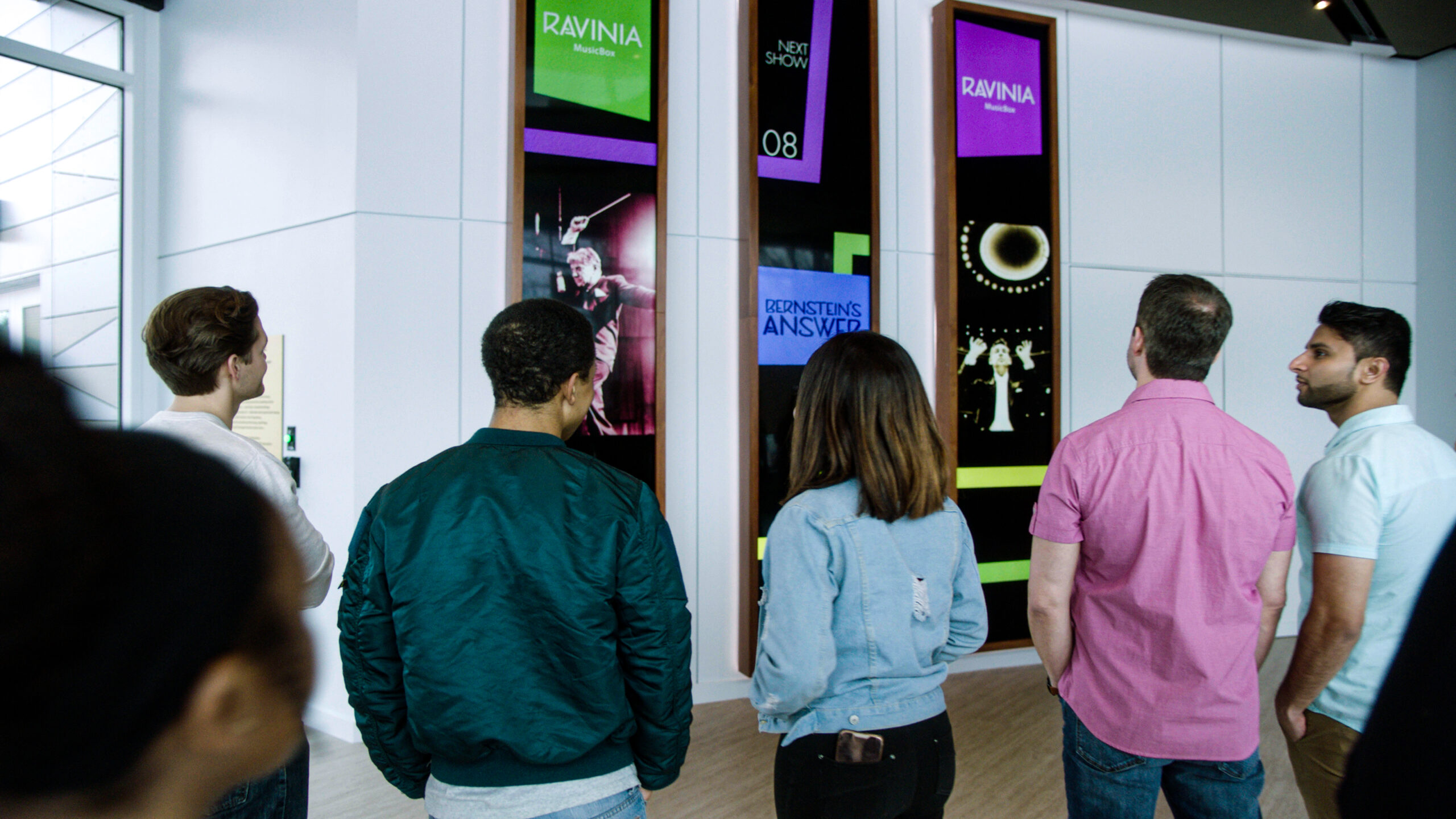 The RMB features an immersive, 65-seat, wraparound 4D theater with a museum gallery space, created by BRC Imagination Arts, the experience design and production company behind the Rock & Roll Hall of Fame in Cleveland, the Abraham Lincoln Presidential Library and Museum in Springfield, and the Ryman Auditorium Backstage Tour in Nashville, among many other brand and cultural destinations.

BRC worked closely with Ravinia’s previous President and CEO Welz Kauffman, whose creative inspiration for this project launched the decade-long collaboration with the festival’s leadership, board, staff, and donors, as well as Jamie Bernstein—the eldest daughter of the iconic composer, conductor, educator, and humanitarian, Leonard Bernstein. The goal of the project is to introduce, in an engaging, fun, and interactive way, new listeners to classical music, as well as to offer new insights to those who are already fans.

Admission to the RMB will be free to concertgoers at any Ravinia performance. The RMB will be open on all concert nights from the time the park opens until the concert starts. It will also be available for field trips during the school year.

In addition, WTTW (Chicago’s local PBS station) will rebroadcast Ravinia’s 2019 production of Leonard Bernstein’s MASS—starring the Chicago Symphony Orchestra, conducted by Marin Alsop, and Tony-winning baritone Paulo Szot—which was mounted during the Bernstein Centennial year, on September 12, 2021, in honor of the 50th anniversary of the piece. A mini-documentary chronicling the ‘making-of’ Ravinia’s MASS can be viewed here.

As always, guests can bring their own picnics, including food and liquor. A full range of dining options is available at the park, from casual carts to fine dining. Ravinia performances occur rain or shine. Visit the website for the most up-to-date programming and protocols.

Artists, dates, and programs are subject to change.