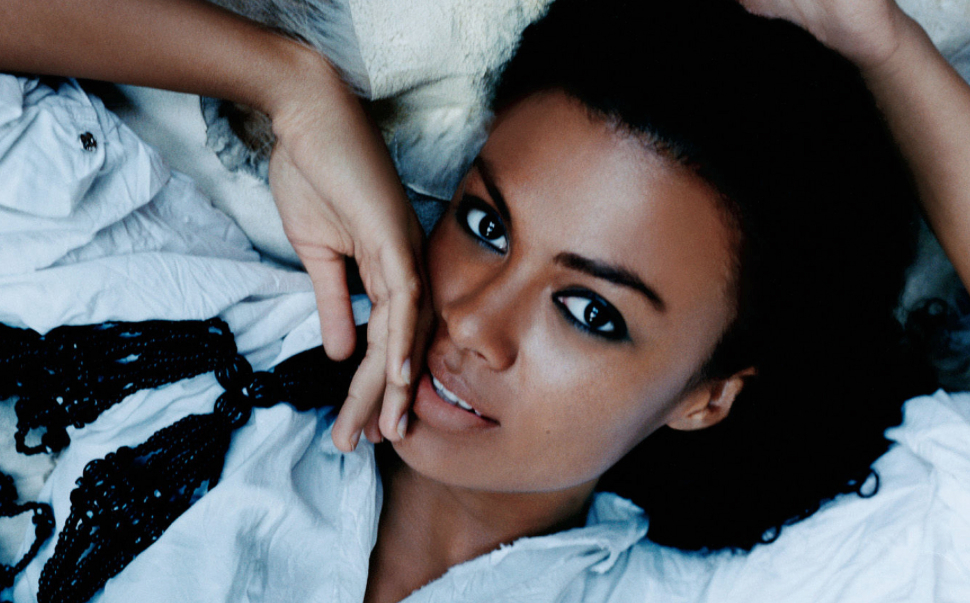 ‘90s soul and R&B songstress Amel Larrieux performed a sold out show at City Winery Sunday, August 9, 2015, the second of two concerts at the venue this weekend.

The NYC-born singer and songwriter belted out tunes like “Get Up,” “For Real,” “Berries and Cream, and “A Million Sapphires to an adoring audience.

“I expect you to sing with me,” she said in her signature candied voice. “It’s a command, but in the nicest way possible.”

Taking a breath after “Morning,” Larrieux recalled writing the song as she battled through a bought of insomnia in her younger years. “I had to learn to become friends with the night,” she told the audience with the same sincerity and candor one would confide in a friend.

Family was the theme of the night, as Larrieux was accompanied by daughter Sky Larrieux, who showcased her own stunning voice and musical talents on the keyboard and guitar, interspersed with solo verses throughout the show.

Spotting a pregnant audience member sitting front-row, Larrieux knelt by her side to serenade the baby and mother-to-be, enthusiastically explaining the powerful impact music has on babies in vitro, including her own two children. “You’re honoring me,” she told the woman.

Between songs Larrieux shared plans to release a rerecorded version of her 2000 album Infinite Possibilities through Blisslife Records, the independent label she started with her producer husband Laru Larrieux.

Ending the night, the former Groove Theory singer delighted the audience with an unrushed, perfectly timed, “Make me whole” and “Tell me.”

Eager for more, the crowd cheered unsuccessfully for an encore. It was a let-down for fans like myself, who hoped to hear hits like “I Do Take” and “Ur the Shhh.”

But if any singer has tactfully and elegantly mastered the art of leaving her fans craving more, it is Amel Larrieux. And if the past is any indication, Amel will return to Chicago as she has in previous years, to share her soul with us once again.