Concert Review: Live Music Has Returned With A One Two Punch And Corey Taylor Delivers It At The Forge 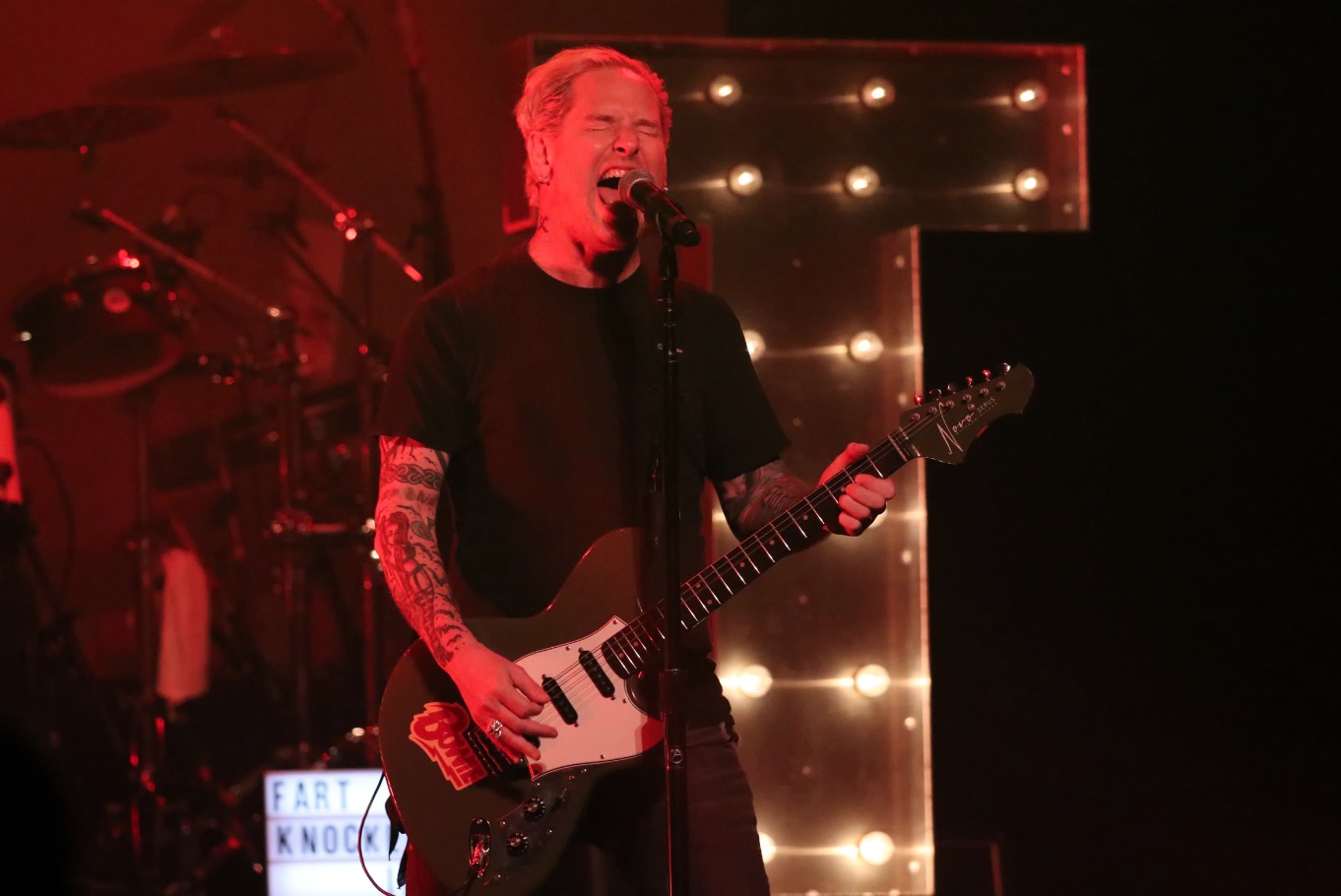 There was a certain surreality to the scene: Joliet rock and metal venue The Forge, alive with a crowd, albeit a much smaller one by Covid-induced design. Metalheads carrying too many beers at once back to their tables. Hard rock straining the PA overhead, soaking the room in sound even when the lights were dull and the stage was empty.

Some of us surely wondered if we’d ever get there, but here we are: live music has returned after a hiatus the likes of which we will hopefully never again have to endure. With all of that in mind, it would have been impossible to take Wednesday night’s show for granted—so it’s especially fitting that the band of the hour was none other than Corey Taylor, outspoken frontman for metal gods Slipknot and hard rock warriors Stone Sour, supporting his 2020 solo endeavor CMFT (that’s Corey-Motherfucking-Taylor to you!).

Wait. Corey Taylor? At The Forge?

The night started with a performance of the “Macabaret” by The Cherry Bombs, an assemblage of female cabaret performers that brought a mix of horror costuming, metal, and literal fire to the intimate setting. Throw in some gravity-defying acrobatic routines—in the center of the room, no less!—and you had everything for a unique and exciting opening act that went beyond any typical expectations.

Taking the stage drenched in red light, Taylor and his backing band The Morning Dudes opened with a cover of Pink Floyd’s “In the Flesh,” which set the tone for the night—grand, bombastic, and surprising. From there, they were two rollicking cuts deep into CMFT (“Hwy 666” and “Meine Lux”) before anyone in the place knew what had hit them.

2020’s CMFT is the kind of hard rock album that most bands will strive for all their lives, a no-bullshit affair that could have been at home on the rock charts at any time during the last four decades, which underscores Taylor’s keen understanding of and focus on the tenets of well-written rock—anthemic hooks and arrangements that keep things interesting while staying true to a four-piece rock band style that remains a recipe for success for those with the chops to pull it off; Taylor has long since proven himself in that area. Some of the standouts on that record—“Samantha’s Gone,” the destined-to-be-a-classic “Black Eyes Blue,” and the introspective “Silverfish”—let listeners in on a (not-so) secret: Taylor’s midwestern musical roots can be traced back to the hard rock radio domain of the late ‘70s and early ‘80s as much as they do to the kind of metal for which Slipknot have become stadium gods. Think Billy Squier, .38 Special, Red Rider, or Cheap Trick, and you’re getting there. While Stone Sour has historically leaned toward radio-friendly rock with a bit of twang and soul thrown in, Taylor’s solo efforts feel even less hemmed in by the expectations of his musical history.

An emotional rendering of “Home” dedicated to Taylor’s wife Alicia (also a member of The Cherry Bombs) found the frontman playing piano in a welcome curveball that once again proved Taylor’s versatility as a songwriter for anyone still on the fence.   Another of the night’s highlights was an explosive version of Slipknot’s “Snuff,” a gem from 2010’s All Hope is Gone that rarely finds a home in Slipknot’s live set, though the nuance of The Morning Dudes’ musicianship really came through in the thunderous arrangement leading from the slow burn, acoustic intro. The more introspective moments in the set like Stone Sour’s “Taciturn” and rock-radio stalwart “Bother,” alongside solo tunes like “Halfway Down,” made the looser moments that much more fun. A stomping cover of Eddie Money’s “Shakin’” felt perfectly at home sandwiched between tunes from CMFT, and an impromptu segue into Stevie Wonder’s “Superstitious” in between songs was a reminder—as if we needed one—of just how much damn fun the band was having.

The world of rock and metal, as with any genre, has its true superstars; not just in terms of fame and money, but in terms of talent and influence. As the 2021 concert season in Chicagoland gets underway, it felt like a moment of triumph and catharsis for everyone in the room—fans and band alike—to celebrate all things rock with someone who understands and loves it like Corey Taylor.

For Photos of Corey Taylor at The Forge, click here

For Photos of Cherry Bombs at The Forge, click here