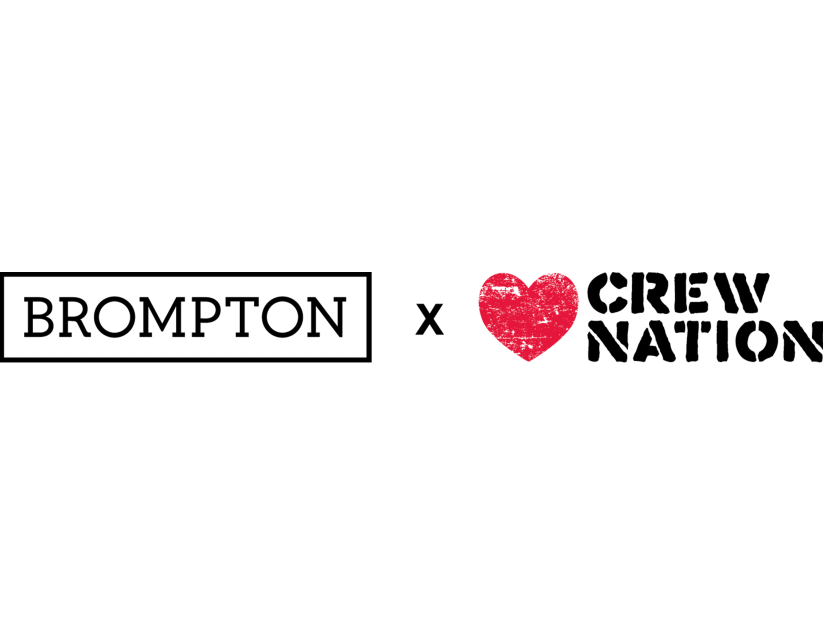 28th April 2021 – A selection of the world’s top music artists are turning bike designers to create a set of one-of-a-kind Brompton Bikes to be offered through Greenhouse Auctions in an effort to raise money for Crew Nation a Global relief fund launched by Live Nation to support live music crews affected by COVID-19 and the near total pause on concerts.

At least one member from each group is adding their very own unique design to the iconic, London-made folding bike – which will then be offered at auction. The 14 bikes open for live bidding on 28th May through 12th June 2021 on Greenhouse Auctions, an online auction platform designed to empower artists and promote diversity – with 100% of the profit going to Crew Nation.

The campaign has launched today with details released of the Radiohead, Oh Wonder, Rise Against, Dinosaur Jr. and Khruangbin Brompton designs on www.brompton.com/crewnation, with the rest of the bike line-up being revealed in the weeks leading up to the auction.

“We’re thrilled to have the support of these incredible artists and our friends at Brompton Bike. Their creativity will go a long way towards helping out crew members who have long been out of work and are in need of a lifeline,” said Nurit Smith, Executive Director, Music Forward Foundation. “Crew Nation is endlessly grateful to be chosen as the charity partner for this campaign.”

“I’m ridiculously happy to have been asked to design a Brompton bike that’ll be auctioned to raise money (and awareness) for Crew Nation.

Brompton bikes are fantastic zippy folding freedom machines and crews are the unsung heroes of every gig, festival or live events that you’ve ever been to.” Stanley Donwood, Artist who has created Radiohead’s record artwork since the ’90s.

“Touring the world the last twenty years, life is usually seen from the tour bus and the stage. Whenever we’ve really wanted to feel the pulse of a city, we’ve turned to riding bikes through the alleys and streets of the cities around the world that our fans call home. Collaborating with a company like Brompton is a no-brainer for a band like us that is always moving and appreciates traveling light.

“Our road crew are our family and we rely on them to bring you the show we play in your town. While some of the gears of industry kept moving this last year, the live music industry ground to a complete stop and has yet to meaningfully resume. Consequently, our crew and the road crews around the world have been unable to do their respective jobs; we’re all very thankful that Crew Nation has stepped in to help bridge the gap until the lights come back on.” Tim McIlrath, Rise Against

“We’re lucky enough to count a number of musicians and their crews as dear friends, and over the years Brompton’s have found a moving home on tour buses and been ridden by crews whilst out on the road. Because of this, over two years ago I started the Band Bike Hire program here in the US where any touring crew or band can reserve bikes, free of charge, for the entirety of their US tour.

In the last year, people around the world have been disrupted by the pandemic. Artists, crews and all the people who bring music to life have seen their livelihoods disappear. At the same time, the bike industry is booming, which lead me to ask, how can Brompton help our friends in the music industry?

We love the vibrancy the music scene brings to the cities we call home, so we’ve joined forces with Crew Nation to raise money for the countless members who work behind the scenes to make live music happen,”

“It is an honour for Greenhouse Auctions to host the sale of unique Brompton bikes to benefit Crew Nation. Both entities must be commended for coming together to benefit the music community, combining the power of sound with environmentally conscious transportation to create this exciting charitable event. At Greenhouse, we share their values of empowerment and nurturing, particularly within vulnerable communities.” Shlomi Rabi, Founder of Greenhouse Auctions

You can be the first to know when new artist designs and auction details are released by signing up at www.brompton.com/crewnation, or by following @bromptonbicycle on Instagram and Facebook.

For more information on Greenhouse Auctions:

For more information on Crew Nation: