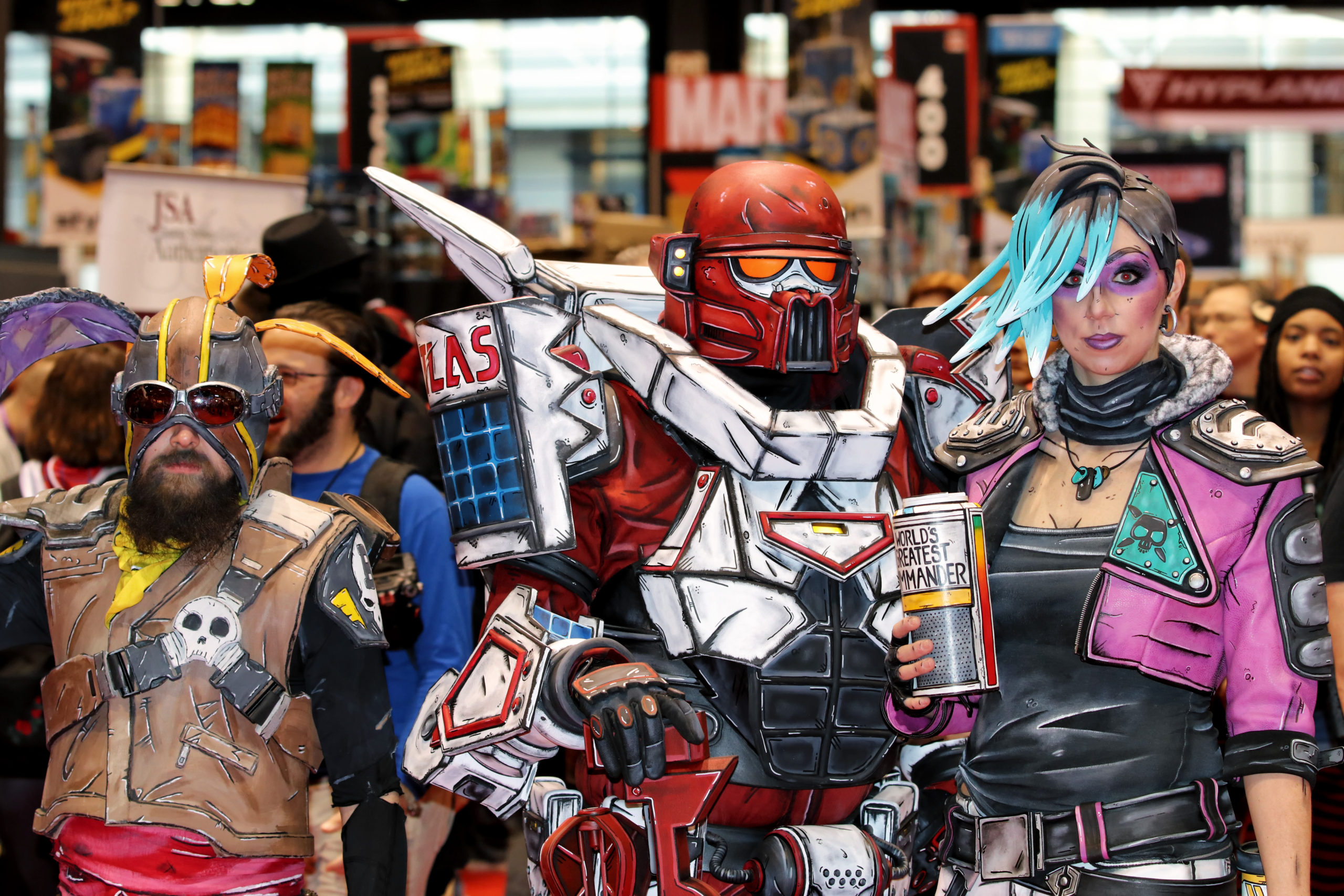 Monsters, aliens, heroes, villains, animals and plain-old comic fans descended on Chicago for another 3-day extravaganza this past weekend…that’s right, it was another installment of C2E2, and there wasn’t a dull moment to be had. Disclaimer: I am obsessed with comic books. Obsessed. And though didn’t need to be to have the time of your life at what has become one of the most celebrated and widely attended entertainment expos in the country, there were undoubtedly those who went home with a new hobby or two (or three) this weekend.

Among the many highlights this year was an appearance by Joe Hill, celebrated author and son to horror royalty Stephen King. Hill’s recent “Black Label” series for DC has brought some of the freshest and most intriguing horror titles to the comic stands in the last few months, with Low, Low Woods and Plunge being two of the most notable. Hill’s excellent curation of several DC horror titles proves his versatility as a writer and one of the most important voices in modern horror fiction. Mark Ruffalo of Avengers fame was also on hand for a panel that saw massive lines on Sunday, and the cast of live-RPGers Critical Role was on hand for a panel discussion following a live gaming at the Auditorium Theatre at the start of the weekend.

Among the many attractions at C2E2—and there are indeed many—were the “Yard,” an informal gathering space in the center of the hall where trivia contests were the order of each day, a Cosplay Central area where every manner of costume was on display, a makeshift arcade sponsored by Galloping Ghost Arcade in Brookfield, Illinois, and—one of the coolest things if you decided to indulge—Custom Color 3D, a Chicago-based design company offering custom action figures. What, I ask, could be a better way to remember the time and energy that went into a costume than with your own figure? The mind boggles.

At the center of C2 is Artist’s Alley, a stunningly huge maze of independent artists and creators selling everything from original comics to paintings to custom lapel pins and everything in between. And as always, Artist Alley played home to a series of legends. Bob Camp, creator of the infamous Ren & Stimpy, spent the weekend telling stories about the early days of his animation career and how hard it was to sell the now iconic series to executives who had no idea what to make of it. Which, if you think about it, was probably a story that could be told by many in attendance, considering the fact that comics, sci-fi and other aspects of entertainment culture taken for granted these days as megalithic prospects were often seen as childish and disposable. It’s tough to imagine how a talent like Bob Hall—famed artist and playwright whose work on West Coast Avengers for Marvel was on display in all of its artist-proof glory—could have ever been seen as less than incredible, but that was then. In 2020, comic book artists, writers, and publishers are getting their due.

As are the fans of such media, which, as a life-long comic junkie, is a pleasure to see. In an industry driven by its fanbase, it’s always satisfying to see collectors and newbies alike pursuing the vendors offering everything from the most obscure Golden Age titles (E.C.’s Moon Girl, anyone?) to celebrated contemporary series’ like Batman: Damned, one of the finest pieces of art to come from DC in a long time. For the uninitiated, the weekend likely kicked down the door of what was out there in overwhelming ways. And for the seasoned collectors? Well, one booth had a copy of The Incredible Hulk #1 signed by Stan Lee, if you were feeling free with your credit cards. And if you were in the mood for a tattoo of your favorite superhero, they had you covered there, too—a collective of tattoo artists were booked solid all weekend with their process on full display.

C2E2 is one of Chicago’s most valuable entertainment assets, showcasing each year how a once niche industry has risen to become one of the most important aspects of popular culture.

One vendor reflected on the early days of his career as a collector, and you couldn’t help but chuckle at the contrast.

“I remember back in ’72, somewhere in there, I was at a comic show, and there sat Jack Kirby—Jack Kirby!—with no one in line to meet him. It just wasn’t a thing yet, back then. Now?” He grinned and gestured toward the room where thousands of attendees indulged their love of all things fantastic. “Now? Good god, can you imagine that happening now with someone like that? Not a chance in hell.”

Not a chance, indeed. To all who came, saw, conquered, and cosplayed…see you in 2021!