MAYOR LIGHTFOOT AND DCASE KICK OFF THE YEAR OF CHICAGO MUSIC ANNOUNCING “CHICAGO IN TUNE” – A NEW CITYWIDE CELEBRATION OF “MUSIC IN THE KEY OF CHICAGO,” MAY 21–JUNE 7 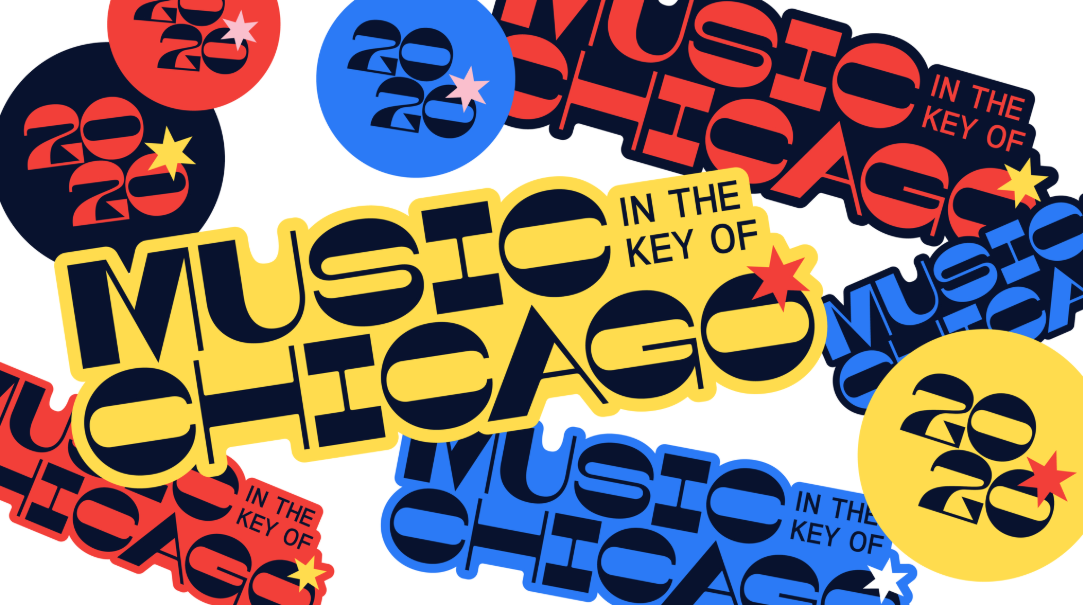 The New Event is Part of the 2020 Year of Chicago Music, Investing $3.5 million in Sector Building Grants, Neighborhood Support, Artist Professional Development and Youth Arts Programs and Public Programming Across the City

CHICAGO – Mayor Lori E. Lightfoot will join the Chicago’s Department of Cultural Affairs and Special Events (DCASE) and members of Chicago’s music and arts and culture scene to kick off the 2020 Year of Chicago Music today. At an event featuring live music from some of Chicago’s most talented bands and musicians, the City will announce highlights for the 2020 Year of Chicago Music and details of Chicago In Tune. The NEW 18-day celebration of music at venues and organizations across the city, Chicago In Tune will include the Chicago House Music Conference & Festival (May 21–23), the Chicago Gospel Music Festival (May 26–30) and the Chicago Blues Festival (June 5–7).These music festivals will feature headline performances by artists Steve “Silk” Hurley of S&S Chicago, The Tommies Reunion Choir, Kirk Franklin, Shemekia Copeland, Candi Staton and Eric Gales.

“Our city is our music, heard and felt in every church, club, park, dance hall, bar, concert venue and sidewalk in every corner of our city,” said Mayor Lori E. Lightfoot. “With the Year of Chicago Music, we will be celebrating Chicago’s sounds and rhythms with countless shows and performances throughout the year, along with an international marketing campaign showcasing Chicago’s status as a global music capital in all its forms. Just as importantly, we’ll also be providing Chicago’s musicians professional support, artistic grants and career development opportunities to ensure musicians have the resources and support they need to play throughout 2020 and beyond.”

In support of Chicago’s thriving music industry, the Mayor and DCASE have designated 2020 as the “Year of Chicago Music” with an investment of $3.5 million to highlight its legacy, expanding its audience and strengthen its creative and cultural landscape with a focus on the south and west sides of the City. The initiative has garnered significant funding of $1.4 million from outside partners including an unprecedented donation of $500,000 from lead donor the Walder Foundation.

Choose Chicago is also launching a new website at yearofchicagomusic.org. This page features some of this year’s top music events and festivals, a search tool to explore hundreds of unique venues, from sprawling lakefront parks to iconic neighborhood clubs, curated playlists from Chicago locals and music content to learn more about the city’s musical history and influence.

A signature part of the Year of Chicago Music, “Chicago In Tune” will bring music organizations and venues across the city together to celebrate music of all genres and forms from May 21 and June 7. The event is anchored by three free-admission city music festivals – the Chicago House Music Festival, the Chicago Gospel Music Festival and the Chicago Blues Festival – that spotlight three genres of music born and innovated in Chicago. The 18 days of music will stretch to every corner of the city with free and ticketed events at participants including the Lyric Opera, Chicago Sinfonietta, the People’s Music School, Little Kids Rock, Chicago Blues Revival, Blues Heaven Foundation, the Logan Center for the Arts, the Irish American Heritage Center, Refuge Live, the Old Town School of Folk Music and The Promontory. A full listing of participating events will be listed at Do312.com.

Chicago In Tune Kickoff Event: May 21

Kick off the music celebration with a free concert featuring over 5,000 singers at the Chicago Children’s Choir’s Paint the Town Red event in Millennium Park at 11 a.m. on Thursday, May 21. The program is then followed by a special Chicago In Tune program at the City Market at Daley Plaza, 50 W. Washington St.

The Chicago House Music Conference and Festival will feature an industry gathering, DJs and live performances showcasing the various sounds and styles of house music, the genre born in Chicago that has gone on to revolutionize dance music internationally. Catering to DJs, musicians and industry professionals the Chicago House Music Conference on Thursday, May 21, and Friday, May 22, will include panel discussions on topics related to the culture, artistry and business of house music.

On Saturday, May 23, the festival will be headlined at Millennium Park’s Jay Pritzker Pavilion by Steve “Silk” Hurley of S&S Chicago, a four-time Grammy® Award-nominated DJ and producer. Also that evening, the Chicago House Music Award will be presented to The Chosen Few – the legendary house music pioneers celebrating 30 years in 2020. Throughout the day, the festival feature DJs and family activities throughout Millennium Park. The complete schedule will be announced this spring. For complete details, visit chicagohousemusicfestival.us.

Celebrating the music genre’s deep Chicago roots with traditional choirs and contemporary urban gospel music, the Chicago Gospel Music Festival features top local and national gospel artists at the largest free, outdoor gospel music festival of its kind. New this year, from May 26 to 28, the festival will present a number of performances featuring local choirs and artists in ‘Sacred Spaces’ on the south and west sides of the city.

The festival moves to Millennium Park from 5:30 to 9 p.m. on Friday, May 29, and 11 a.m. to 9p.m on Saturday, May 30. On Friday, the event features legendary Chicago group The Tommies Reunion Choir, a musical tribute to the late Rev. Clay Evans and the presentation of a special award to Sasha Dalton – the founder of the Chicago Gospel Music Festival – for her contribution to Chicago’s music legacy.

Headlining the event on Saturday, May 30, is the award-winning artist Kirk Franklin who has garnered multiple Grammy®, Stellar and Dove Awards for his fusions of gospel and contemporary music.  Franklin also serves as host and executive producer of the gospel talent show “Sunday Best,” the highest-rated gospel program in BET network history. The complete schedule will be announced this spring. For complete details, visit chicagogospelmusicfestival.us.

With a diverse lineup celebrating the blues’ past, present and future, the Chicago Blues Festival

celebrates the city’s rich Blues tradition while shining a spotlight on the genre’s contributions to soul, R&B, gospel, rock hip-hop and more.

Memphis, Tennessee guitarist, Eric Gales also known as “Raw Dawg”, will close the festival on Sunday, June 7, with his unique blues/rock guitar sound. Other performances will include Erwin Helfer on the piano with Katherine Davis, Chicago’s world-renowned Lil’ Ed and The Blues Imperials and vocalist Catherine Russell.

The Chicago Blues Festival is open from 11 a.m. to 9 p.m. daily in Millennium Park at multiple stages including the Budweiser Crossroads Stage, the Visit Mississippi Juke Joint Stage and the Southwest Airlines Front Porch Stage. The full schedule of performances will be announced this spring. For complete details, visit chicagobluesfestival.us.

The Department of Cultural Affairs and Special Events is working with key industry leaders and organizations to convene public and private resources in support of the city’s music industries with initial support from lead donor the Walder Foundation along with the Chicago Community Trust, the Illinois Arts Council, the Gaylord and Dorothy Donnelley Foundation, Allstate and the Richard H. Driehaus Foundation, as well as sponsorship from the Chicago Transit Authority.

“The Walder Foundation is so very pleased to participate in the Year of Chicago Music,” said Elizabeth Walder, president and executive director of the Walder Foundation. “We are committed to sustaining performing arts in our great city and recognize the valuable contributions that musicians make to enrich our lives and strengthen our communities. We are honored to support the City’s commitment to arts and culture.”

The Year of Chicago Music is co-chaired by Commissioner Mark Kelly alongside Margaret Murphy-Webb, Juan Díes, Juan Teague and Che “Rhymefest” Smith. The ambitious effort is led by a steering committee, an intergovernmental group and 12 working groups focused on venues and clubs, festivals and special events, youth and education, equity and diversity, marketing and more. Over 200 individuals have volunteered to serve on these working groups and committees, representing more than 150 music organizations, entrepreneurs and individual artists. For updates, visit yearofchicagomusic.org and chicago.gov/music and join the conversation on social media using #2020isYOCM, #ChicagoMusic and #ChicagoInTune.

The Year of Chicago Music follows the success of 2017, 2018 and 2019 initiatives celebrating Chicago’s public art, its creative youth and its vibrant theatre scene. Its mission is to place a spotlight on Chicago’s music landscape – one of the most influential and dynamic musical sectors on the globe – highlighting its legacy, expanding its audience and strengthening the sector.

The Department of Cultural Affairs and Special Events is dedicated to enriching Chicago’s artistic vitality and cultural vibrancy. This includes fostering the development of Chicago’s non-profit arts sector, independent working artists and for-profit arts businesses; providing a framework to guide the City’s future cultural and economic growth, via the 2012 Chicago Cultural Plan; marketing the City’s cultural assets to a worldwide audience; and presenting high-quality, free and affordable cultural programs for residents and visitors.