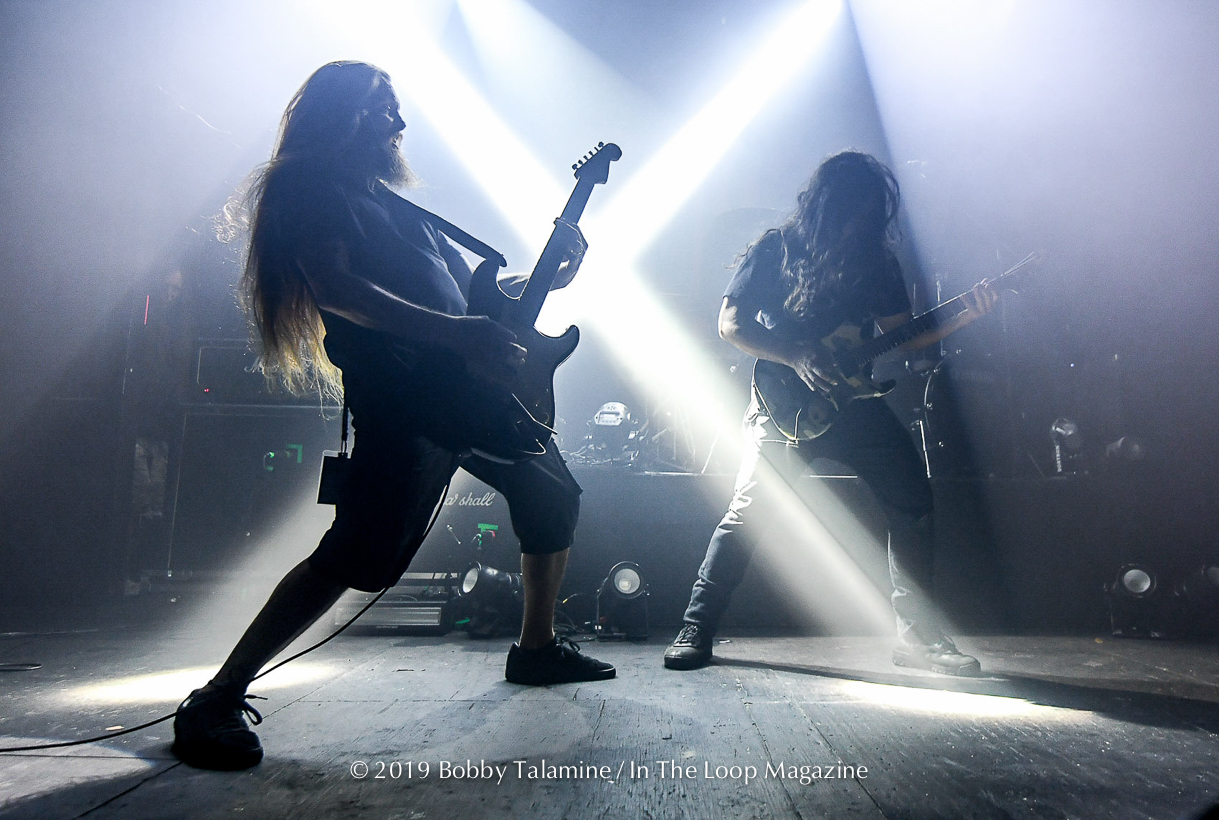 Rotting Slow in America for 30 Years!!

When this tour was officially announced, I think back in late June of this year, have to say it came as a shock, what with the mighty Obituary sharing the bill with Abbath, also a worthy headliner in his own right.

And playing the intimate venue at The Forge in Joliet- like, who’s going to slap me out of this dream and get me back to reality?

Just goes to show that what seems like a headscratcher turns out to be a complete surprise and oh so memorable.

Obituary certainly know how to celebrate after all these years, headbanging and headcrashing, audience involvement and fan devotion,

they wanted to make this tour extra special for their fans, with the fans assisting with their input on song selections from their debut album which is featured on this tour, that being the 30th anniversary of “Slowly We Rot”, and the band dusting off the cobwebs on songs they haven’t touched or played in years and years.

Opening to the mighty stomp of a recording from Pat Travers and his hit “Snortin’ Whiskey”, and acting all jovial, the band tore into “Redneck Stomp”, into “Threatening Skies” into “By the Light”. Bam bam and more bam!

Then comes “Chopped in Half”, and well, now you get the picture. Heavy dual guitar and backbeat, and vocals over the top from yours truly, John Tardy.

These guys haven’t skipped a bit, staying tried and true with their take on all things American death metal, fundamentals definitely intact and bursting at the seems.

The grooves? Heavy and strong and tight, and a presence from them that shows no wear and tear.

Their enthusiasm knows no bounds, and they reciprocate in kind with the fans going bonkers and devil metal horns up in the air.

Have to say the same holds true with Abbath, who puts on a blast furnace clinic on all things black metal, corpse paint and chest gear fully intact, Abbath’s hair going horiizontal and vertical and god knows every which way, panning for the camera and this photographer in particular, me, holding my ground in the pit, laughing out loud and kind of egging Abbath on and on.

One song later, I believe during “The Artifex”, Abbath plunks himself down on the stage wedge in front of me, and starts doing some serious poses, again me holding my ground, Abbath lapping it up, myself lapping it up, until all is well and done, and Abbath tapping me on the shoulder while laughing out loud.

Now that’s the definition of a mighty good time, and keep in mind, the riffs are hard and heavy for “The Arifex”, nothing mamby pamby at all here.

To do all that splayed out on a wedge- that defines serious black metal chops, which Abbath has in spades.

Abbath is forging his own path, diving headfirst into the deep end of the pool, Immortal way behind in his rear view mirror.

I say this with all sincerity, not because of nasty breakups and all that bullshit, but because Abbath is totally confident in what he’s producing music wise, performance wise, and the songs reflect a jovial jaunt of pounding fists and might, and wicked romps of fast paced and tight black metal. Oh hell- all metal for that matter.

Not a weak link in the bunch. The sound from the stage- big, bold, brash, and oh so powerful.

A solid set from beginning to end.

As for openers Midnight- this three piece rocks, like an amped up younger version of Motorhead, brandishing a guitar / bass / drums swagger all the while in complete and covered black hoods, rollicking about the stage in fiersome delight.

Boldly go in 30 minutes of a set where no man has gone before, I say.

Didn’t expect this much chaos from these guys, but me like the band Midnight, and can’t wait to see them again soon.

For photos of Obituary live at The Forge, click here

For photos of Abbath live at The Forge, click here

For photos of Midnight live at The Forge, click here