ITLM OTRS: Pennywise live at The Rave in Milwaukee, WI 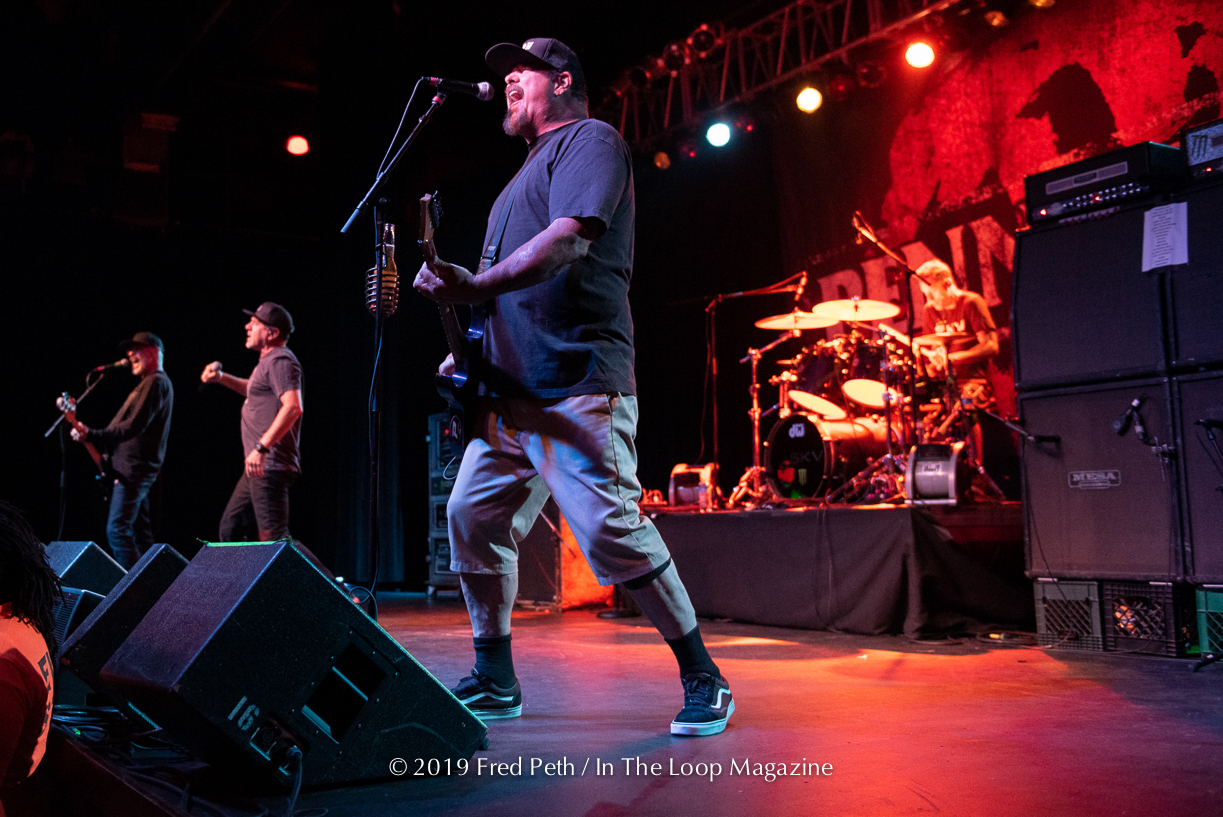 Kicking Off the Tour In True Punk Style, legendary punk band Pennywise from Hermosa Beach, California kicked off their tour with Anti-Flag and H20 in style at The Rave in Milwaukee, Wisconsin. It was kind of a homecoming for lead singer, Jim Lindberg, since his mom was from Wisconsin and his dad was from Illinois.

With their Pennywise backdrop behind drummer, Byron McMackin, the band quickly kept the crowd on their intense high opening their set with ‘Peaceful Day’. Randy Bradbury, bassist, took to the mic for backing vocals on the opening song, while playing perfectly combining with the drums.

Fletcher Dragge, guitarist, called out to the crowd to get dancing and into the circle pit throughout the night. During ‘Society’ people on the sides of the room were the only ones holding the huge circle pit in. Not to be outdone, during ‘Fuck Authority’ nearly the whole crowd had their middle fingers in the air, while another huge circle pit opened in the middle of the floor with some fans climbing on others to crowd surf to the front of the stage. Jim stated to the enthusiastic audience that if the crowds still come back to their shows that Pennywise will keep on playing shows.

The Wisconsin sing-along ‘Stand By Me’ started off as the original, groovy slow-paced how the song was originally written. Jim was giving the crowd the lines of the song, so everyone could sing with him. By the middle of the song, Pennywise kicked the song into overdrive and instantly turned it into their punk version.

Giving homage to their friend, Jason Thirsk, as with every concert Pennywise ended the night with ‘Bro Hymn’. Usually I see people heading to the doors during the final song at concerts, but not tonight. Not one person left. People wanted to get their last taste of the mosh pit and one more opportunity to crowd surf, while the rest were singing “Ooooohhh…oohh…oohh…ooohhhh!”

Pennywise is playing at Riot Fest in Chicago on Friday at 6:10pm on the Radical Stage. Definitely do not miss their set. No matter rain or shine you can count on huge circle pits and crowd surfing, while the guys are belting out the music like they have done for over 30 years! Check their website www.pennywisdom.com for their tour dates to see when they are conquering the rest of the United States in 2019.

2. Fight Till You Die