40 Years of Punk Rock Music and More to Come, Social Distortion at Northerly Island in Chicago 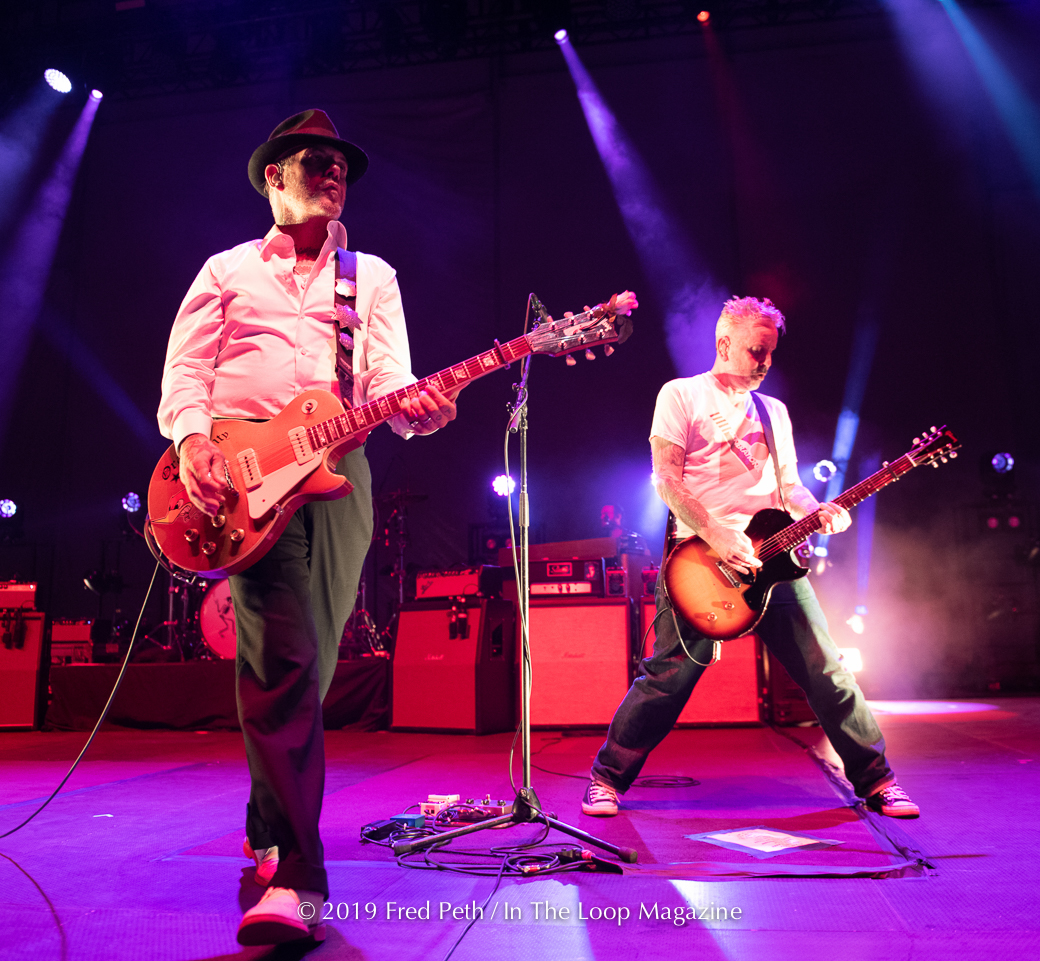 Social Distortion is celebrating 40 years as a band, formed by Mike Ness when he was in the 12th grade back in 1979. They are on a co-headlining tour with Flogging Molly and closed the night at Northerly Island with great straight-to-your-face punk rock music.

The crowd cheered as the band took to the stripped down stage set up and quickly started the night off with ‘So Far Away’ from their 1990 self-titled album. With 40 years of music the choice is tough of which songs to play live on this tour. Of course one of the staples ‘Bad Luck’ brought more singing and crowd surfing.

The introduction of ‘Don’t Drag Me Down MF’er’ brought loud cheers and screams of pleasure from the audience. It is a song about racism and ignorance and the simple fact that it unfortunately still exists in our society today.

Mike Ness teased the crowd calling ‘Over You’ a new song, but fans of the band know that Social Distortion have been playing the song live for awhile now. It is a great song exemplifying the bands New York Dolls and Thunders and the sounds of the ‘70s rock era. The anti-war anthem ‘1945’ and one of the band’s oldest songs was next on the list. Ness said he was inspired to write it back in 1980 a couple of weeks before he decided to drop out of school to pursue this dream of playing in his band full-time.

The night was filled with songs that much of the crowd has heard before, since the band’s latest album Hard Times and Nursery Rhymes came out in 2011. But that is soon going to change as Mike announced that the band is going into the studio in January to record a new album.

Some of the members from Flogging Molly and Devil Makes Three came out to sing backup on ‘Sometimes I Do’ while Matt Hensley from Flogging Molly played accordion. This was a nice new way to hear the song. I am not much of a fan hearing a band do cover songs, but it is a different story when Social Distortion plays ‘Ring of Fire’. They have made the song their own and passionately perform it. You could see everyone in the crowd singing along while some dance while others mosh to it.

Closing out the night with the appropriate ‘Story of My Life’. Encompassing the past 40 years of this great band and their music. Maybe by the end of 2020 the band will have some new singles out and in 2021 another Social Distortion tour.

4. Gimme The Sweet and Lowdown

9. Reach For The Sky

10. Sometimes I Do (with members of Flogging Molly and Devil Makes Three)