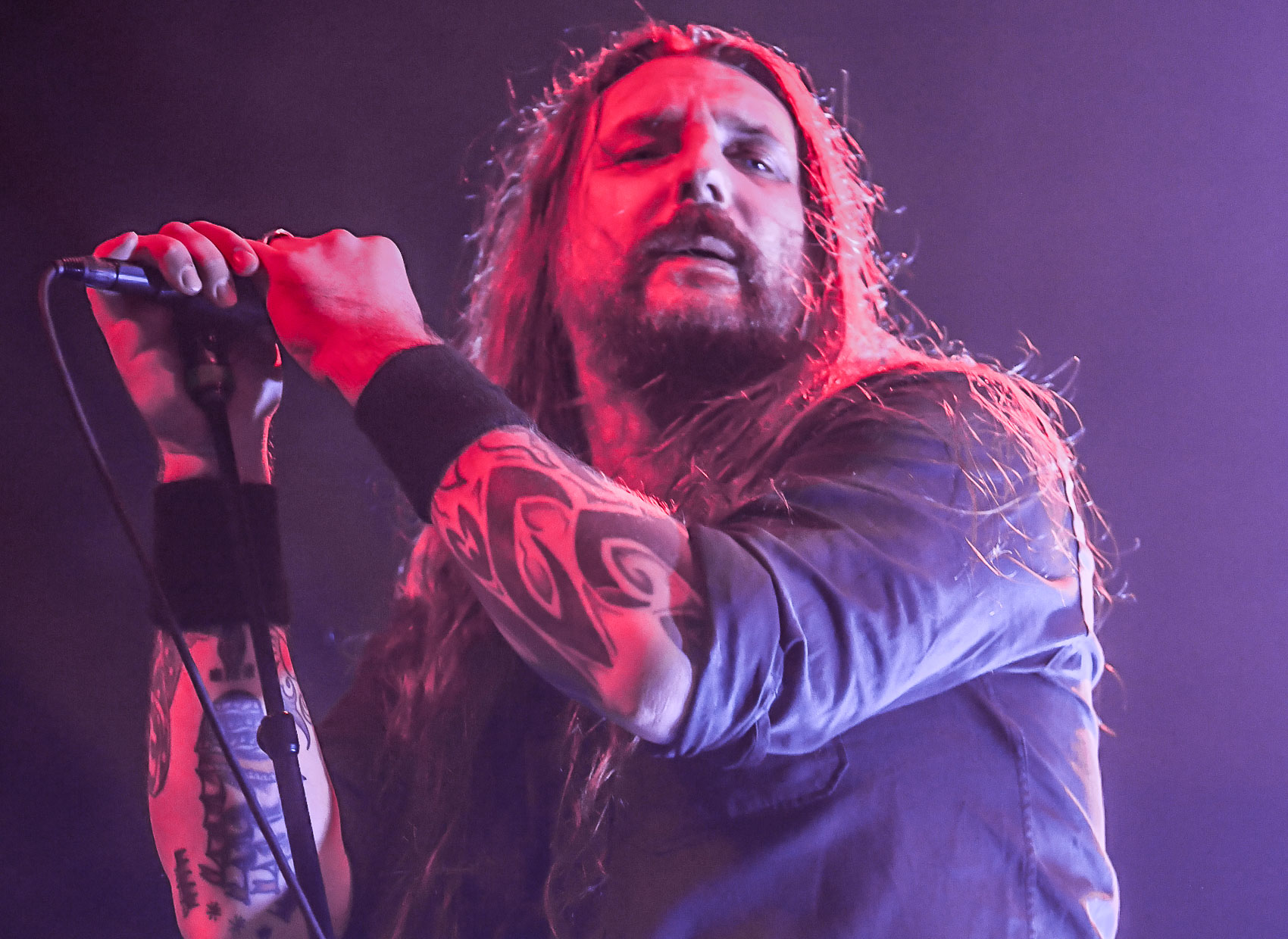 The London based quartet, Orange Goblin, a band that’s the definition of hard core “heavy metal”, hit the shores of North America on a rather brief tour of the states- only six dates n’ all, and Chicago is lucky enough to have one of them, and who cares that it falls on a weekday no less. Why? Because it’s Orange fucking Goblin, that’s why.

Nice to have them in Chicago and playing in a great venue- Thalia Hall. This is a band, led by lead vocalist Ben Ward, who’ve been playing tried and true and unwavering metal for over twenty years, sticking to their formula that works, a mix of stoner rock, some black, a bit of doom that’s for sure, and for lack of a better term something I’d like to call “biker metal”.

This is the kind of band that when performing live, need to make a statement. Something constantly to prove, sleeves rolled up, amps to eleven, song after song after song. Hard more to explain unless you witness them live and in person, me being more of a music photographer rather than a writer. Suffice it to say, it’s a rampaging sound of might coming from the stage, very physical with brute force, even in Ben’s vocals- this from a guy who’s way over six foot, and the look of all menace, with a vocal style that is baritone, yes, but added with sinister and twisted and heartfelt determination.

To make matters even tougher for the band, just before they were to start this tour in New York at the Gramercy Theatre, their drummer, Chris Turner, was denied his visa for coming to the states. The band couldn’t back out of the tour, since they had already incurred between $15- 20k in costs (visas, flights, accomodations, crew, merch, backline hire, etc). If they couldn’t perform these shows in the states, it would’ve bankrupt the band, kid you not. The rest of the band was fine coming into the states, and found a substitute drummer oh so last minute in Chad Walls, who had only one day to rehearse and get to know the songs in question for this tour. And Chad filled in more than amicably, have to say. Better yet, Ben says it best in a brief post from the start of the tour: “If you were planning on seeing Orange Goblin in the USA we need your support now more than ever, come out to the shows, show your support for the band, show your support to the substitute drummer, show your support to Chris who couldn’t make it overseas to the states, buy some merch, drink some beer, and never let the bastards grind you down….” So now I get why the band had to make a statement at Thalia Hall. Song after song, Ben Ward and his bandmates are angry, with something to prove yet again.

It seems nothing comes easy for these guys, backs up against the wall and all. No matter, they’ve been there before, coming out, guns blazing. Heavy metal posers, these guys are definitely not. A splendid show of ribald revelry, even on a Thursday night.

Openers Weedeater? Hard to say what comes to mind outside hardcore comical barnstorming, with a fuzzed out sound coming from “Dixie” Dave Collins and his bass, pushing his notes to lead guitar territory.  Dave Sheppard fills in nicely on guitar, and Travis Owen on drums is a beast behind the kit. This sound they create- hard to pigeonhole, yet classify. It’s a mix of something or other, that’s for sure, propelled by Dixie’s need to swig from a 1/2 gallon bottle of Souther Comfort, and the occasional beer chaser. This is a sound that’s thick, hazy, and grizzly, with gnarly riffs that at a moment seem to be crumbling down, and yet still stay luckily intact.

Openers The Skull, a heavy rock- metal- doom band from the states, fronted by Eric Wagner on vocals, Ron Holzner on bass, and Lothar Keller on guitar, have a sound that’s downright intricate and heavy as all get out, with added musicianship when touring with Henry Vasquez on drums, and Alex Johnson adding more guitar. This band tore it up, even with such a rather short and abbreviated set.