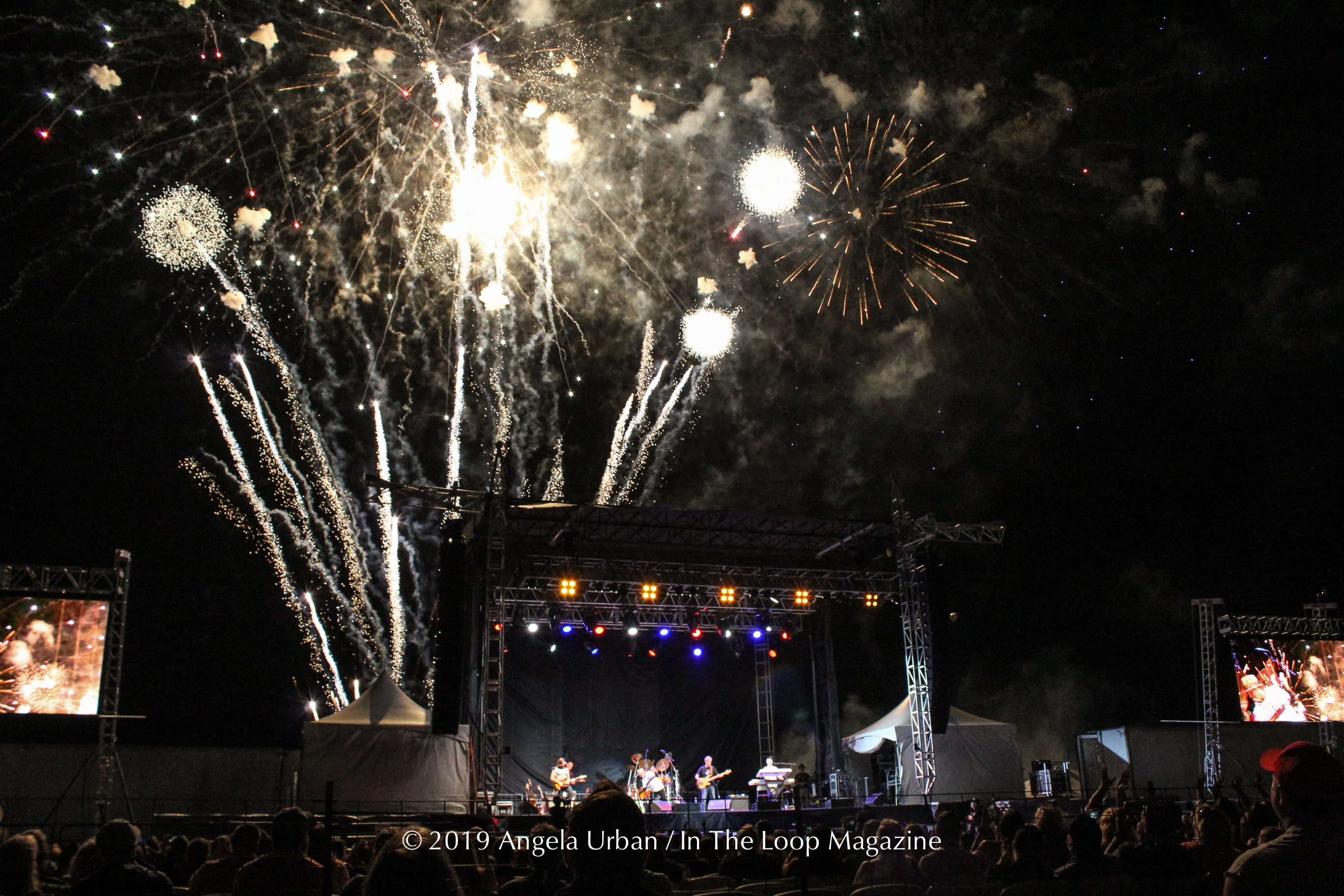 What started out as a very wet Sunday at the County Fair, turned into a night to remember with both Diamond Rio and Sawyer Brown performing while Fireworks were going off during Sawyer Brown’s song “Mission Temple Fireworks Stand”. Lead singer Mark Miller’s response was “well, they said there were going to be a few fireworks”, then it turned into a full blown fireworks display lasting for at least 5 minutes.

I first saw Diamond Rio live in 1994 with Tim McGraw as an opening act debuting his song “Don’t take the Girl” with Sawyer Brown closing the show in Moline, IL. Diamond Rio consists of  Lead singer, Guitar Marty Roe, Dana Williams on bass, Jimmy Olander on Guitar, Banjo,  Brian Prout on drums, Dan Truman on Keyboard, and Gene Johnson on guitar, mandolin. They have become one of the great recognizable country music groups that you can hear their songs will be instantly taken back to the original time you heard it.  They released a cd called “Made it” in 2015.

They did some cover tunes but in a bluegrass/rock medley that consisted of “Layla”, “Walk this Way”, “Wayward Son” and “Born to be Wild” and had everyone rocking out and on their feet. They continued with the song “ In God we still trust” and as Dana said, “It sent chills up his spine looking out at the crowd and seeing the (American) flag waving in the distance as they sang that song.” Dana even mentioned Chicago, as he is fan of Chicago PD and cast of that show and how nice it was to be so close to it all.

After Diamond Rio finished their set, it was Sawyer Brown’s turn on stage and they did not disappoint. The crowd was on their feet for, “Some Girls Do”, “The Race is On” and “Six Days on the Road”.

To say this was a perfect 90’s country music night is an understatement as both of these bands are phenomenal at making you feel like it is twenty-five years ago, when mullets ruled and country was the coolest music there was! Porter County Fair did their best to bring back that 90’s scene and they definitely succeeded for this event.