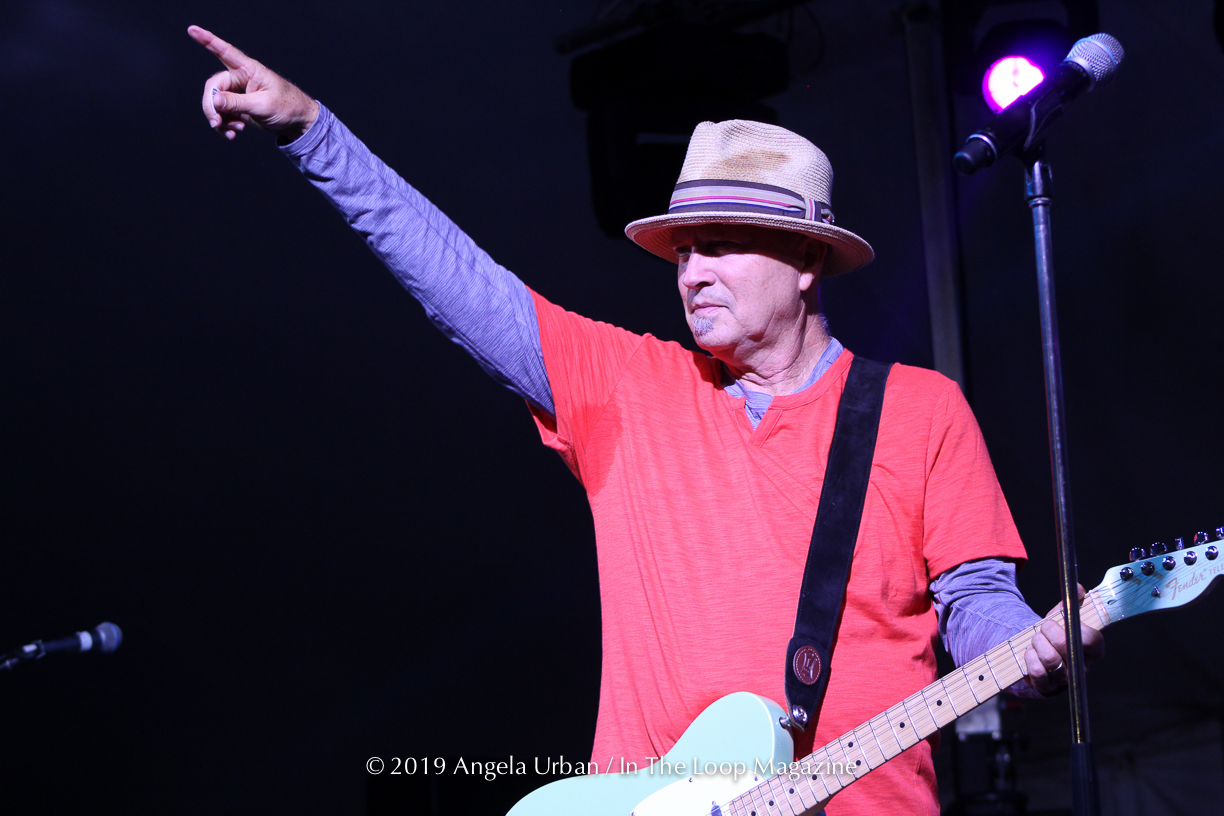 Sawyer Brown came to Itascafest for the 30th celebration presented by the Lions club and they did not disappoint the crowd of fans. Some fans have seen this band since the 1980’s when they became as frontman Mark Miller says “The original American idols” when they won Star Search in 1983, and some fans had a first time concert experience.

Mark Miller knocked it out of the ballpark, when he said “I see a lot of Cubs hats out there, didn’t you win something big awhile ago” and the crowd roared. They Miller asked the crowd how many had never seen them, he saw a sea of hands… his reply was, “You need to get out more, or we need to come to Chicago more!” Keyboardist Gregg “Hobie” Hubbard stole the show and Mark’s microphone with his rendition of Joe Walsh’s Life’s been good. Hobie revealed his secret identity of Superman, during his Hammertime laced performance. Then it was guitarist Shayne Hill’s turn at center stage with his version of “Rockin’ Me” at which he had the crowd in the palm of his hand.

It was great to hear Mission Temple Fireworks stand, literally in a tent beside the road (Irving park rd, that is). The country hits just kept coming during hour and a half show. They played a medley of songs from when they started, from “Smokin’ in the Rockies”, “Leona”, “Treat Her Right” and of course “Betty’s Being Bad” and “Step That Step”.

For the encore Hobie was back with his tribute to Tom Petty singing “Learning to Fly”. Shayne followed up with Rick Springfield’s classic, “Jessie’s Girl”. They finished off the night with “The Race is On” and of course “Some Girls Do”. They always leave the crowd wishing they played longer, but it was the perfect end to a hot summer festival.