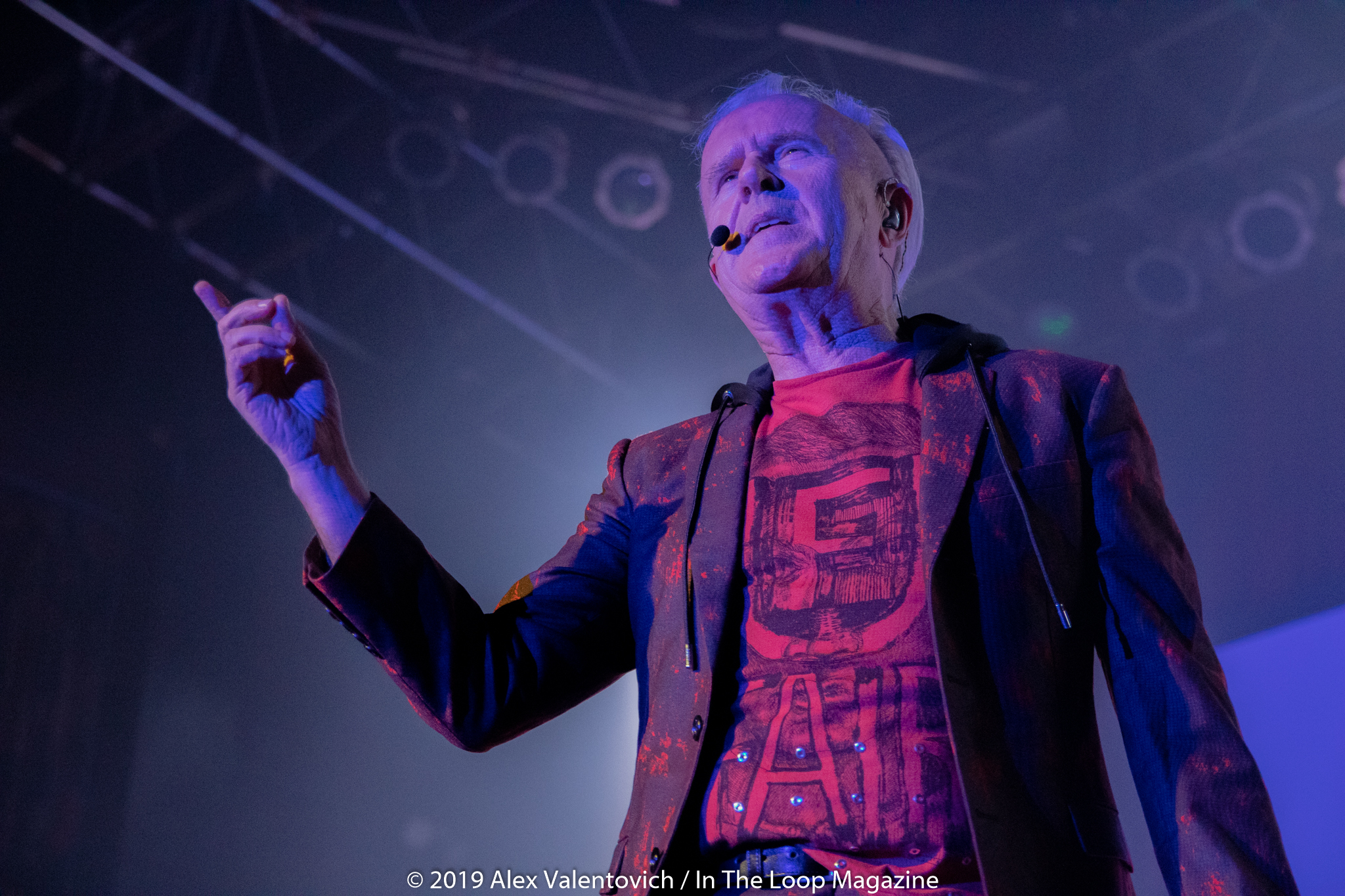 Men Without Hats, now with only original founding member Ivan Doroschuk fronting the band took the stage giving the crowd their blend of Canadian synthwave that kept their songs popular since the late 70’s. Playing songs from every album across their discography the band had the crowd dancing and singing along with them while frontman Ivan danced across the stage having just as much fun. Closing with the two punch that was an ABBA cover followed by their smash hit “Safety Dance” the band made sure that everyone was having a good night and prepared for what was to come.

Walking out on stage and giving a quick story about his time at Live Aid the legendary Howard Jones sat down at his piano, with only a light on him in the room, and opened with “Hide And Seek” serenading the crowd to sing along with him. From here his band came out and broke into the self titled song from his latest album “Transform” showing the crowd the blend of synth pop that they love and he become a hit from. From here the night was filled with everything from synth to key-tars and even near ballads where the crowd ended up singing at the top of their lungs back at the band. With a career starting in the 80’s this performance on a packed Thursday night showed everyone in attendance why Howard Jones has remained an icon in the genre since then.

Anthrax Will Perform Just 3 Times This Summer In The US, One Will Be Right Here In Chicago At Riot Fest ITLM OTRS: Royal Machines @ Hard Rock Orlando