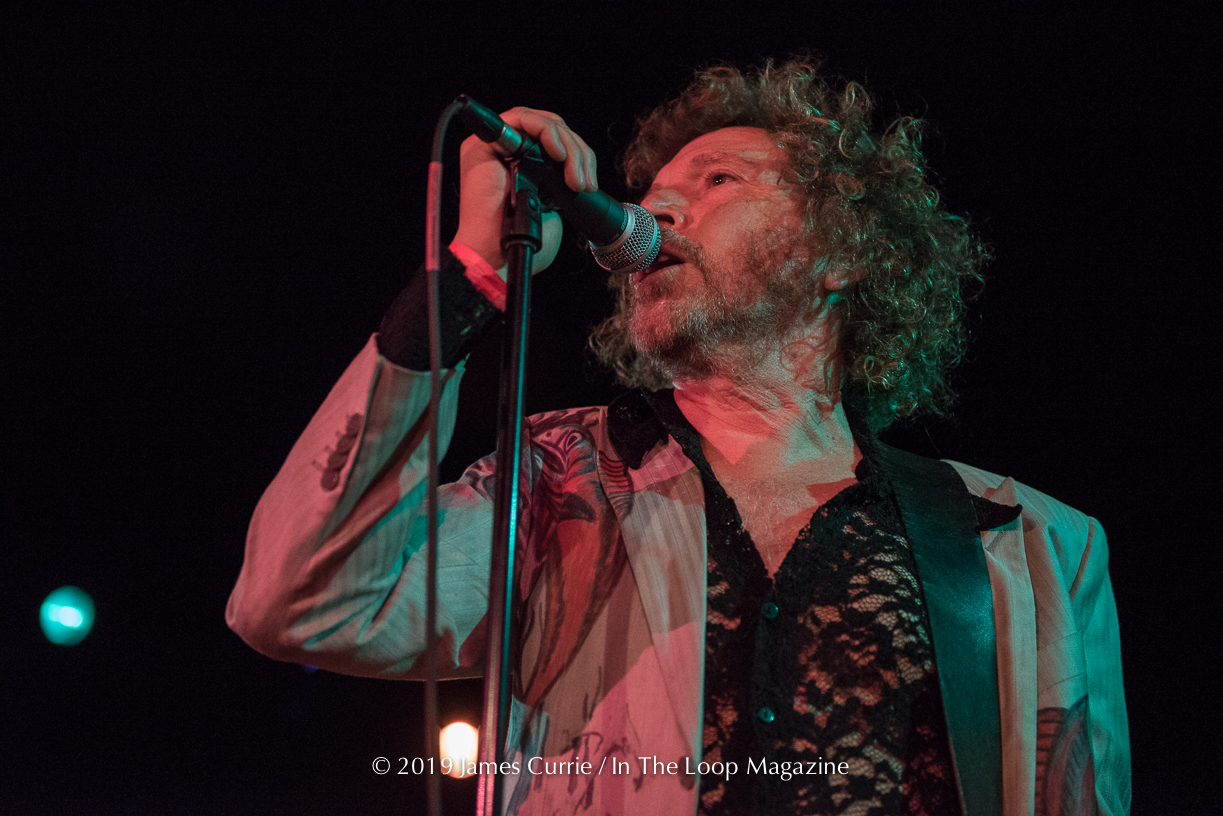 Perth’s own, The Scientists, have been making a comeback of sort this past year playing a few dates in the US and now making a return to Chicago just months after their first and only ever gig in over 30 years.

Kim Salmon, 62, is back on the road with a reunited the core group that make the Australian Garage Rockers famous bringing back Tony Thewlis, Boris Sujdovic & Leanne Cowie. This was the legendary line up that brought us the album, “Weird Love” and the fan favorites “Swampland” and “We Had Love” from the mid 80’s. Last time, and the first time ever, the band played in town was last fall at East Room. It was a weird night where the band said they were still taking this all in that people wanted to actually see them all these years later. The setting there was less than optimal as it was like watching them play in the kitchen at your friends parents giant house. And calling that a stage is being generous. This night, they played at one of Chicago’s newest live music venue’s, Sleeping Village. A great club for The Scientists to play as they got a proper stage and sound system.

The band went on around 10:45. slightly earlier than last time around (which was a midnight start). Salmon and the gang rolled out from stage left and picked up their weapons of choice. Kim reaching down for his song book and reading over the homemade setlist then raging into a randomly selected track. They played solid until midnight before taking a short break and returning to play another few cuts before ending the night. Side note, Salmon has many jobs and roles in music with different bands and collaborations. His day job back home in Australia is a music teacher.

They were on point this night. Slightly more together than the last visit and I’m not meaning that in any bad way. They still had a couple flubs but that’s OK with this type of music. It’s keeps it real and exciting. Salmon and the band joked with each other and genuinely seemed happy to be there and playing live. They joked back and forth about what song will they play next and who remembers how to play it. The only down side from this night was not from the band, but the audience. Someone in the crowd kept yelling to the stage, “Play Swampland” and “Get to the hits!” in between songs as the band was deciding what to play next. I could see it on Salmons face that he wasn’t down with this banter but the band played on. We even got a new song played. Salmon said, “Who wants to hear a new song?” to which the audience, besides that one guy, cheered on. We heard a variety of songs including “Swampland”, “Murderess In A Purple Dress” and the 007 James Bond inspired “You Only Live Twice”.

I’d like to say go check this band out when they come through your town, but unfortunately, The Scientists are not very visible. This show alone was a random find as I was attending another show and saw the poster on the wall advertising it was coming up. I was thinking it was another band with the same name. As of now, the band doesn’t have a proper website. Their facebook page hasn’t been updated in over almost a decade. The only thing I can find is something from their record label, In The Red Records. I can’t find anything about any more upcoming shows or tour dates. They do have a new record just released on this tour. It’s a 12″ EP called, 9H2O.SiO2 and features five brand new songs from this line up. There’s also a 7″ single, “Braindead”.

For photos from the Sleeping Village show, click here