Punk Rock Curator, Martin Atkins, Talks About His Life And Times In One Of The Most Influential Punk Bands, Public Image Ltd. 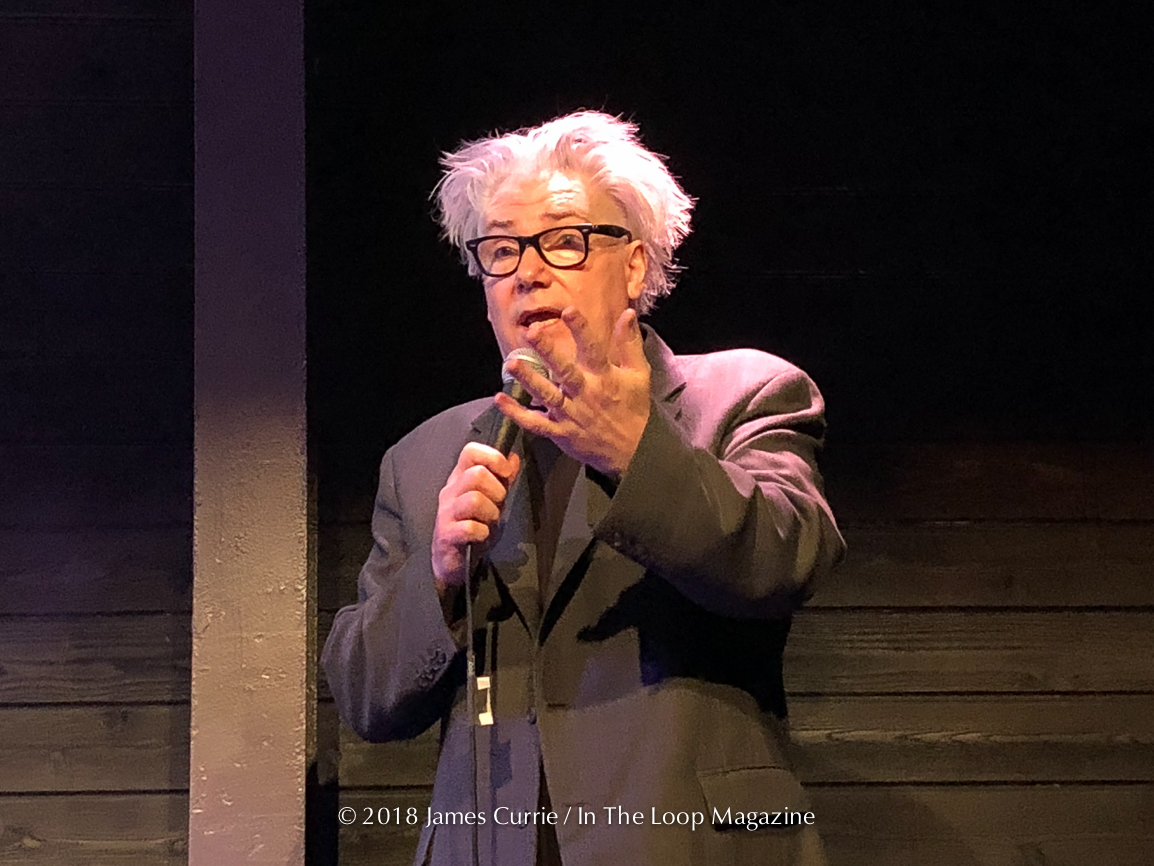 Martin Atkins is a man of many talents. He’s a drummer, runs a record label, a higher education instructor, a loving father, a devoted husband, an author and a punk rock curator. That’s right, he’s not only played drums in some of the most influential bands in modern punk rock music like Public Image Ltd (PiL), Nine Inch Nails, Ministry, PigFace and Killing Joke, but has continued on with many other aspects of the rock industry, being a family man and documenting every single thing from his time in and out of the business. Literally. Read on.

The self proclaimed, punk rock curator, Atkins has traveled the world several times over in and out of bands one of which he’s received a Grammy. He’s played in small dives that he would call “toilets with amps” to large stadiums most bands would dream of getting into. All along the way he documented those adventures with his little notebook and incurable collectable hands. He said, “I’m fucking ridiculous about the stuff that I kept. Yes, I even saved a toothbrush from a tour in Japan!”

This seminar focused on his early life and times from the late 1970’s to mid 80’s specifically. This workshop book tour was a bit of a different way to handle a new release starting with the tour to talk about the book before it’s even finished. Atkins said, “I did it this way to gather info from friends who were involved with that time. It was a way to get things straight and became an almost therapeutic session.”

The event started with stories from his youth where he began playing drums at the age of nine, then on to his “stripper foot” (I’ll save that info for you to read about in the upcoming book or future sessions), to his obsession to play in the world’s most dangerous band, Public Image Ltd. John Lydon’s next project after the Sex Pistols.

The one-man show is filled with Atkins wit and dark humor. Filled with funny stories, personal triumphs but also the lowest of lows as we discover at the end. It’s not all glitz and glory being famous in a rock n roll band as we soon learned. There are many avenues traveled that most would not be able to handle. As Atkins put it, “Being English, I could just sit back and say, well, OK, sorry about that, here we go – carry on.” Problems followed the band in the years they were together. These tales document those trying times. But today became a show where his name is clearly labeled on the marquee outside letting everyone know who this event is all about. (another reference to his slide show and stories from the road)

Atkins is one animated character from his appearance, to his drumming and into his story telling. He’s incredibly entertaining to listen to and watch. The way he tells a story works like how he makes light of things that are otherwise dark, pokes fun of himself and calls out the bastards as he ebbs and flows along the way. He jokes with the audience and welcomes interaction inciting call and responses throughout the performance looking for answers, naming names and filling in the blanks as he builds this collection of narrative into what soon will be a new book.

He talks about how it all began with PiL, when he was just about eighteen, he read a post in a magazine that peaked his interest. Melody Maker (a UK music magazine) had a want ad about a band looking for a drummer. Atkins said, “I knew that must be for Public Image Ltd. because they had just got rid of the last drummer and I fucking wanted in on that.” That indeed ended up being PiL. He became transfixed on this and dedicated all his time and efforts to getting in that band. He was a young lad on a mission. Which after several stories leading up to that, happened. One of these tales being how he somehow got the home phone number of the bands publicist and called her asking to come in for a tryout saying, “I’ve been drumming since I was nine.” and “You have to get me in for this.” Which she did, but only to get stood up until the early AM. He was able to get another call in and offered one more tryout that ended up being very productive as he ended up recording several minutes of a song impromptu. “I guess I was in the band.” Atkins said after the try out session.

During the seminar he stood in front of his drum kit and laptop and presented us with various degrees of knowledge. The great thing about this seminar was, he didn’t just talked about how he played on “The Flowers of Romance” and other albums, he actually hopped behind his drum kit and bashed out the beats he made famous. At one point, he was even joined by a woman with a cello who accompanied him on some of those now infamous tracks. So we were treated to a mini concert and got to watch Martin Atkins behind the drums live.

All the while during the presentation, behind him was a projection of rare, behind the scenes photos from his time the band. These photos, most of which he took, included personal shots of the band on tour, at play, in the studio and in bloody messes. Some of the tales were not all glitz and glamour as we soon learned about bottles, coins and ham thrown through the air wrecking havoc and mayhem both on and off the stage.

Hearing how his first few gigs with the band played out (keeping in mind, the band has still not had a rehearsal) was just amazing to know and leaves you wondering, how was that time even possible? Especially since they were all basically kids. From inner band feuds, to speed, alcohol and heroine (one story about fellow bandmate Keith Levene on a Pan Am flight still haunts him today), to members not showing up for gigs (yes, we’re talking about you Mr. Rotten) and disputes that brought him in and out of the band are truly book worthy.

The audience at Cards Against Humanity Theatre was filled with friends, family and colleagues from his past. Something that made him a little nervous as he pointed out on stage, “I have to watch what I say here today as I know many of you have been a part of my life and will surely call me out on things.” We soon learned this crowd wasn’t going to be shy as audience banter took place throughout the show.

The only complaint here was, while the show as entertaining and informative, it ran a little long (about 2.5 hours after starting 30 minutes late), as many got up before the end to use the bathroom, get a drink or just stretch out as the chairs were a little uncomfortable. But maybe it’s because this was a hometown show and he knew most of the audience, it was just more laid back and personal.

This was the final date of his global seminar sessions for the “Memories: My Time In and Out of Public Image Ltd” and it proved to be a positive one. This review was on the early session and it was packed. There was still one more for the day and according to Atkins was also sold out.

Getting to hear these stories in person, from a masterful storyteller, was pretty special but these were just ones he had to share for now. After this tour is done, he’ll compile all the new stories and material he’s gathered along the way and when the book comes out, it’s going to be filled with even more great memories, behind the scenes photos, lost trinkets and tear jerking stories I’m sure. As Martin Atkins would say, it’ll be, “Punk as FUCK.”

I’m sure I’ll be writing about it when it does finally come out. Even if, according to Atkins himself, I’m a cunt. (referring to a slide in his presentation that labels all music journalist as such), I’m still a fan. (raises two fingers up in the air)

For more on this project including his Crowdfunding and future releases, click here

For our interview with Martin Atkins about the making of the book, the planned tour and personal testaments to being in PiL, click here

Drab Majesty @ The Empty Bottle Interview: Martin Atkins, New Books, Seminars, Playing Music And His Life In And Out Of Public Image Ltd.